Vokabulantis is an episodic video game by author Morten Søndergaard, animator Johan Oettinger, and puppet animation studio Wired Fly. The team used stop motion to animate the two main characters—Kurt and Karla—which the player leads through a series of language-based puzzles. The intention of the interactive universe it to bring a tangibility to language, creating a space where users can interact with its form rather than merely read through static text on a screen.

The single player game is a mix between a point and click adventure and a puzzle-based platform, which allows the user to explore worlds while they complete brain teasers or tasks with the two main characters. The game was initially developed for PC, but may be adapted for console-based platforms or handheld devices down the line when it is released in 2019. You can follow updates regarding the release of the Kong Orange-produced game on Vokabulantis’s website, and take a look behind the making of the stop-motion game in the video below. 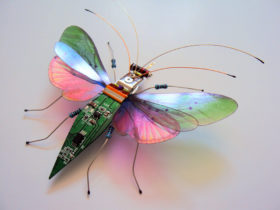