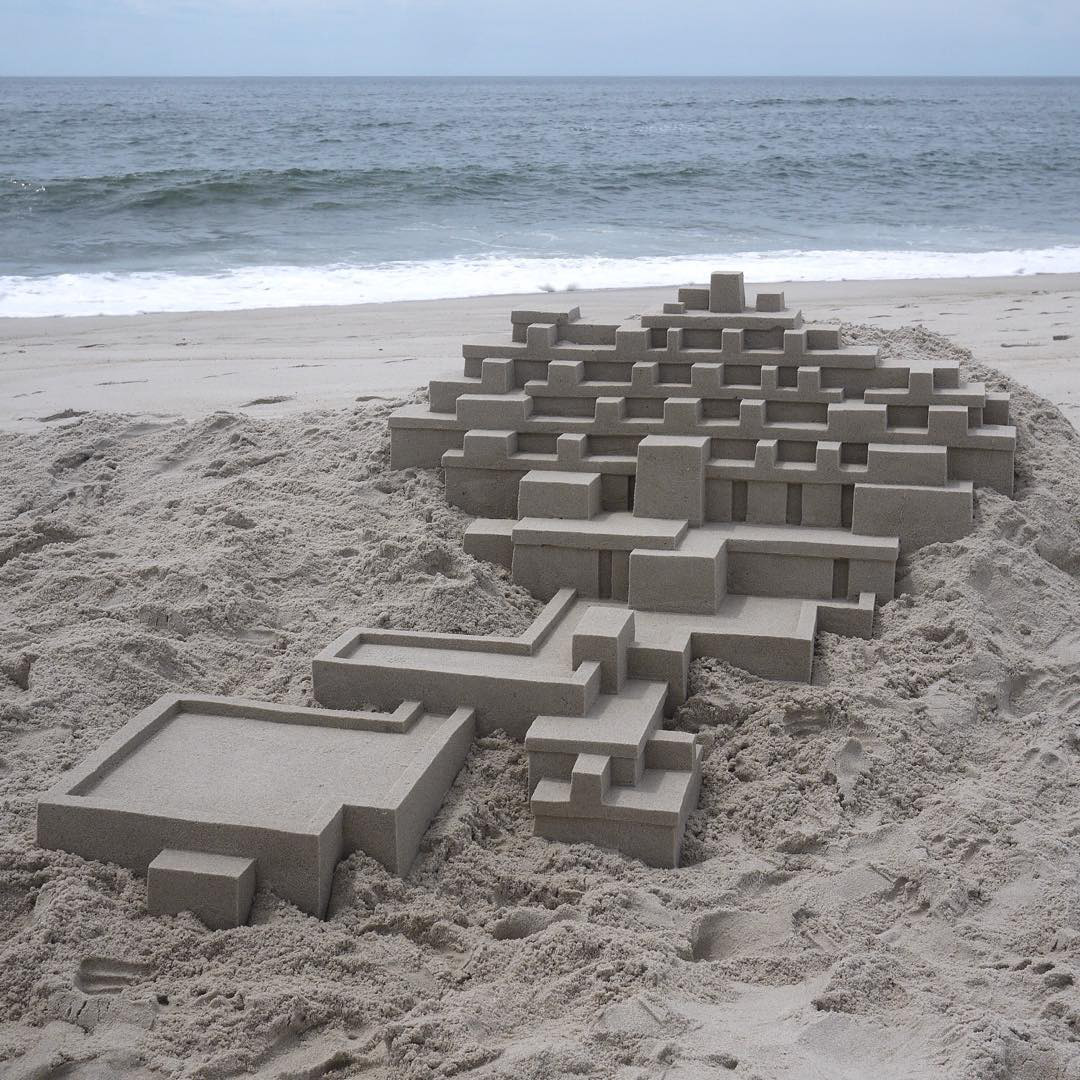 Like many kids with a love for digging in sandboxes, Calvin Seibert (previously) grew up creating grand castles and towers from piles of the sediment. But for Seibert, the practice wasn’t just a childhood pastime. “In hindsight I see that much of what I made was more like sculpture. It really was all about the object and its resonant meanings rather than interiors and spatial flow,” he says.

After studying at the School of Visual Arts, the Colorado-born artist began sculpting modernist buildings featuring sharp angles, clean edges, and various geometric shapes that resemble brutalist architecture rather than something from a children’s story. “While not all of my structures have quite the rugged fortress-like presence of a Kenzo Tange or a Paul Rudolph building, it is something I aim for,” he writes. “Certainly I see my sandcastles in opposition to those frivolous turreted fantasies that Cinderella would feel at home in.”

To create his works, Seibert begins by mixing water and sand to create layers, before packing and smoothing the rest by hand. He cleans the edges with various trowels and knives that he’s made himself. Plus, he never works without a five-gallon pail because it’s “indispensable for digging and fetching water, as well as carrying stuff to the beach.”

I always start at the top and work down, taking great care to keep the horizontals level. I pretty much make things up as I go along, allowing surprises and engineering difficulties to shape the castles. Robert Venturi’s prescription of ‘complexity and contradiction’ is always in the back of my mind, while mash-ups of gameshow sets and artillery bunkers are soon added to the mix.

Seibert tells Colossal that he’s moved to Colorado since making the works featured here, which limits his time on the beach, although he dreams of transforming a pile of sand at the Venice Biennale or as part of Casa Wabi in Mexico. Follow what he’s up to, and perhaps get a glimpse of his next visit to a sandy landscape, on Instagram.