The Sm;)e Book Celebrates the Decades-Long, Eclectic History of the Smiley Face 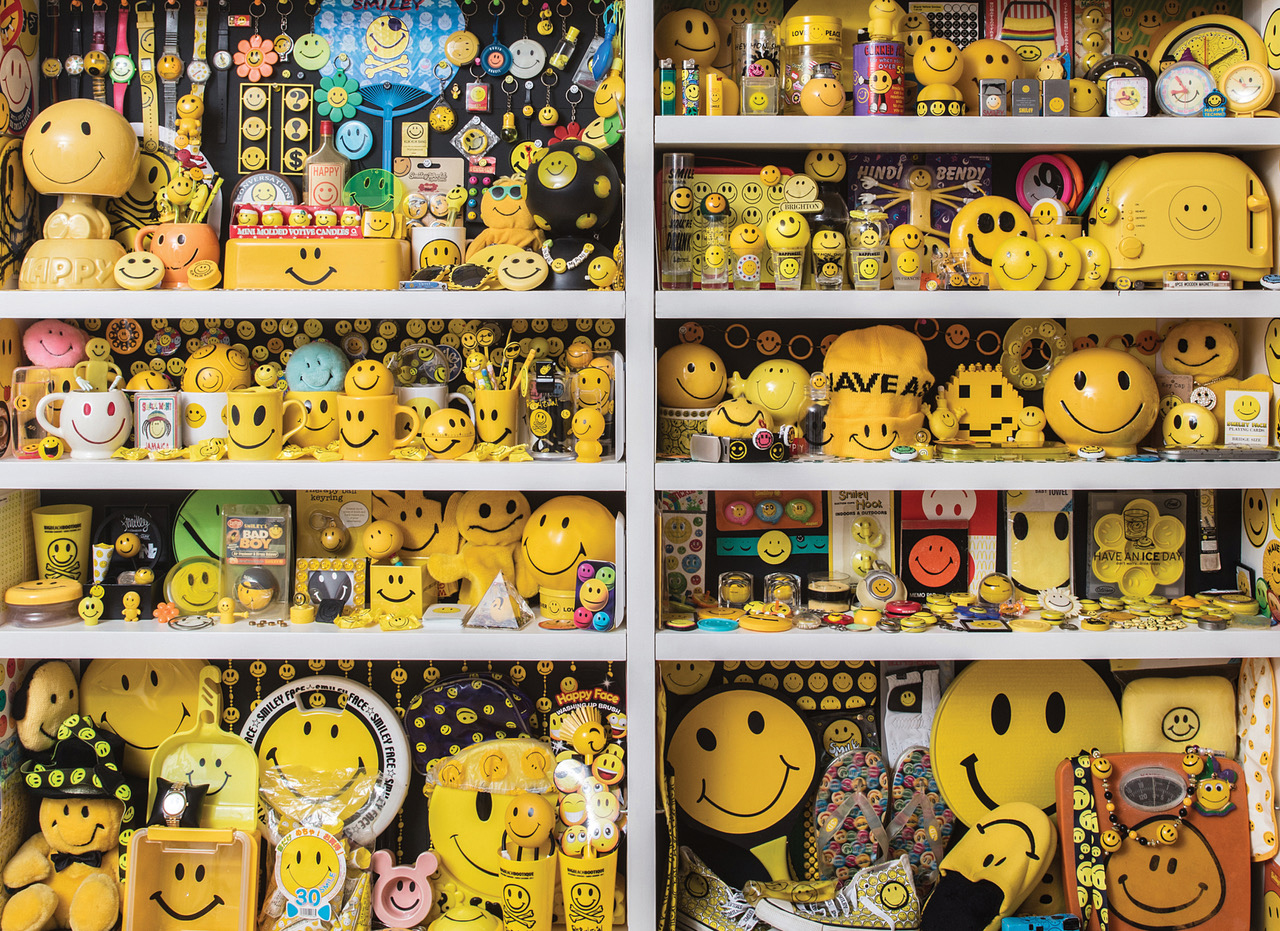 All images courtesy of DB Burkeman and Rich Browd, shared with permission

From plastic grocery bags to original emojis to household goods and paraphernalia, the yellow smiley face is an iconic mark of modern culture. A new book funding on Kickstarter celebrates the symbol’s decades-long history as it dives into the eclectic uses that range from fine art to graffiti to Hollywood. In 60 pages, The Sm;)e Book compiles work from 70 artists, including Banksy, the Chapman Brothers,  Alicia McCarthy, and James Joyce.

Despite the smiley’s well-known status throughout the mainstream culture, the book is particularly personal to co-creators DB Burkeman and Rich Browd. Burkeman shares with Colossal that his mother was fascinated by the hippie movement and plastered surfaces with smiley face stickers and adorned her clothing with grinning patches and pins. As he grew up and later became a DJ, he noticed the symbol flourishing in the punk and rave scenes as a new kind of countercultural mark. Browd had a similar childhood experience, growing fascinated by the icon in “graffiti, skate graphics, and the Pop Art collection of a wealthy friend’s parents.”

Today, the duo remains enamored with the evolution of the smiley face and its prevalence in seemingly contradictory spaces. “In the history of graphic design, I can think of no other symbol that has ever held such a duality—used simultaneously as both a positive mainstream driver and a counterculture subverter of that very mainstream,” Burkeman writes. He explains further:

Now retired from nightlife and mostly confused by a lot of today’s popular culture, I’ve watched the smiley return with a vengeance. Partly fueled by the prolific use of emojis, but also by the insatiable consumption and recycling of pop culture’s logos and tropes. Today’s youth love and reuse them, regardless of whether the new users know the logos’ origins or not: little girls and celebrities wearing the Thrasher logo who have never read the magazine or skated in their lives, hip-hop kids wearing hair-metal or post-punk band shirts. Does it even matter that they have no idea what these bands sounded like or represented? It’s all part of this strange cultural cannibalism.

Browd and Burkeman are sharing glimpses intoThe Sm;)e Book on Instagram, where you also can follow the collection’s funding progress during the next month. (via It’s Nice That)