There’s a long history of connecting natural occurrences and pareidolia, or the inclination to see an object or find meaning where it physically doesn’t exist. The psychological phenomenon is responsible for a range of human experiences from the childhood pastime of cloud watching to the Rorschach test to the idea that there’s a man in the moon and one that’s aided in naming some of the rocky formations photographed by Bernhard Lang (previously).

In Pareidolia—Mountain Faces, Lang documents both well-known and obscure landscapes that resemble human profiles when turned at a 90-degree angle. Many of the mountains in the series reference regional legends like “The Sleeping Witch” and “Sleeping Greek Woman,” while others are Lang’s own interpretation like “Golem,” which frames the highest peak of the Vršič Pass in Slovenia to reveal a face resembling the magical figure.

See the complete collection on the Munich-based photographer’s site, where you can also purchase limited-edition prints, and head to Instagram to follow the imagined characters he finds next. 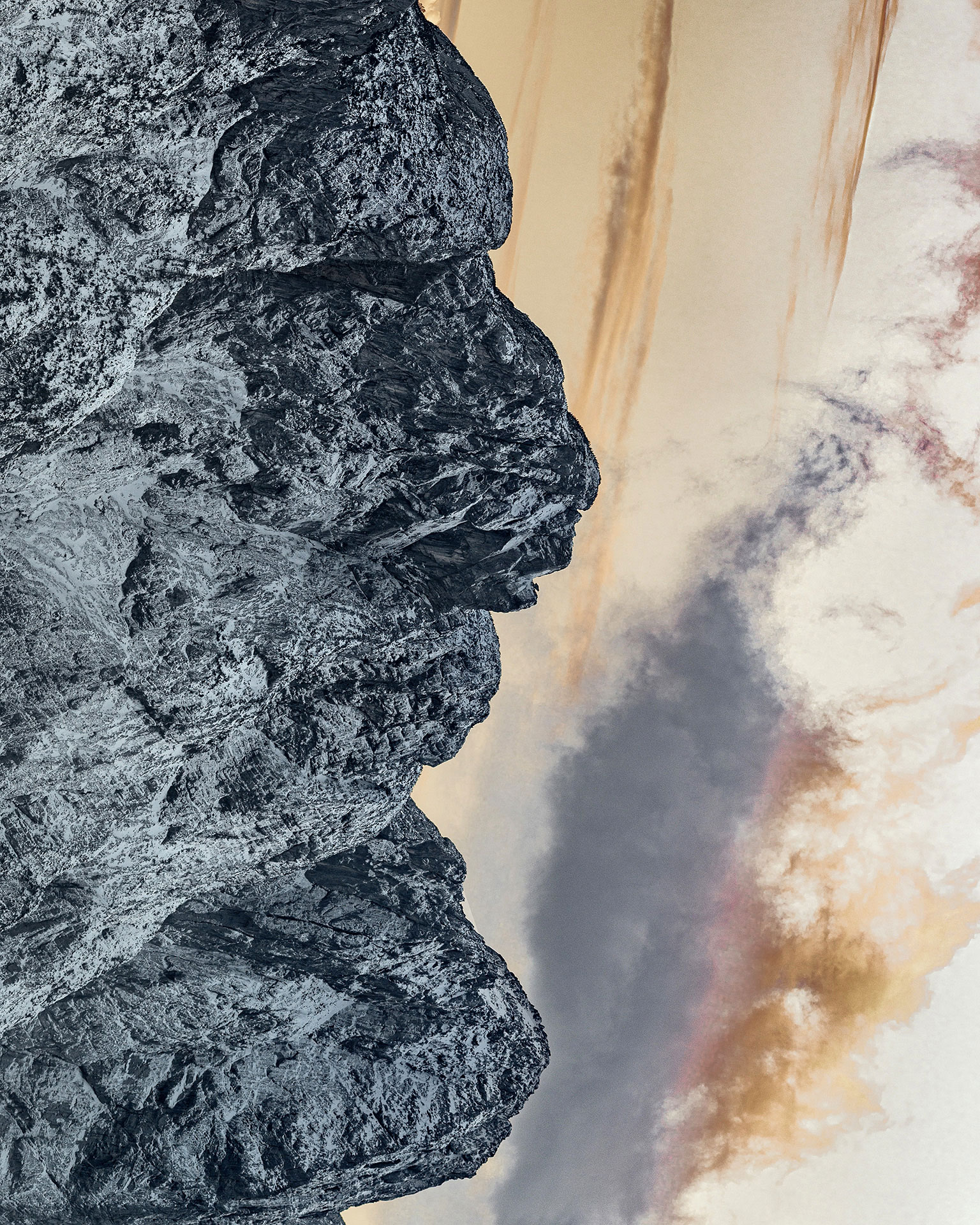 “Golem” near the Vršič Pass in Slovenia “Bavarian Chief” in the Berchtesgaden Alps in Bavaria “Sleeping Witch” in the Bavarian Alps