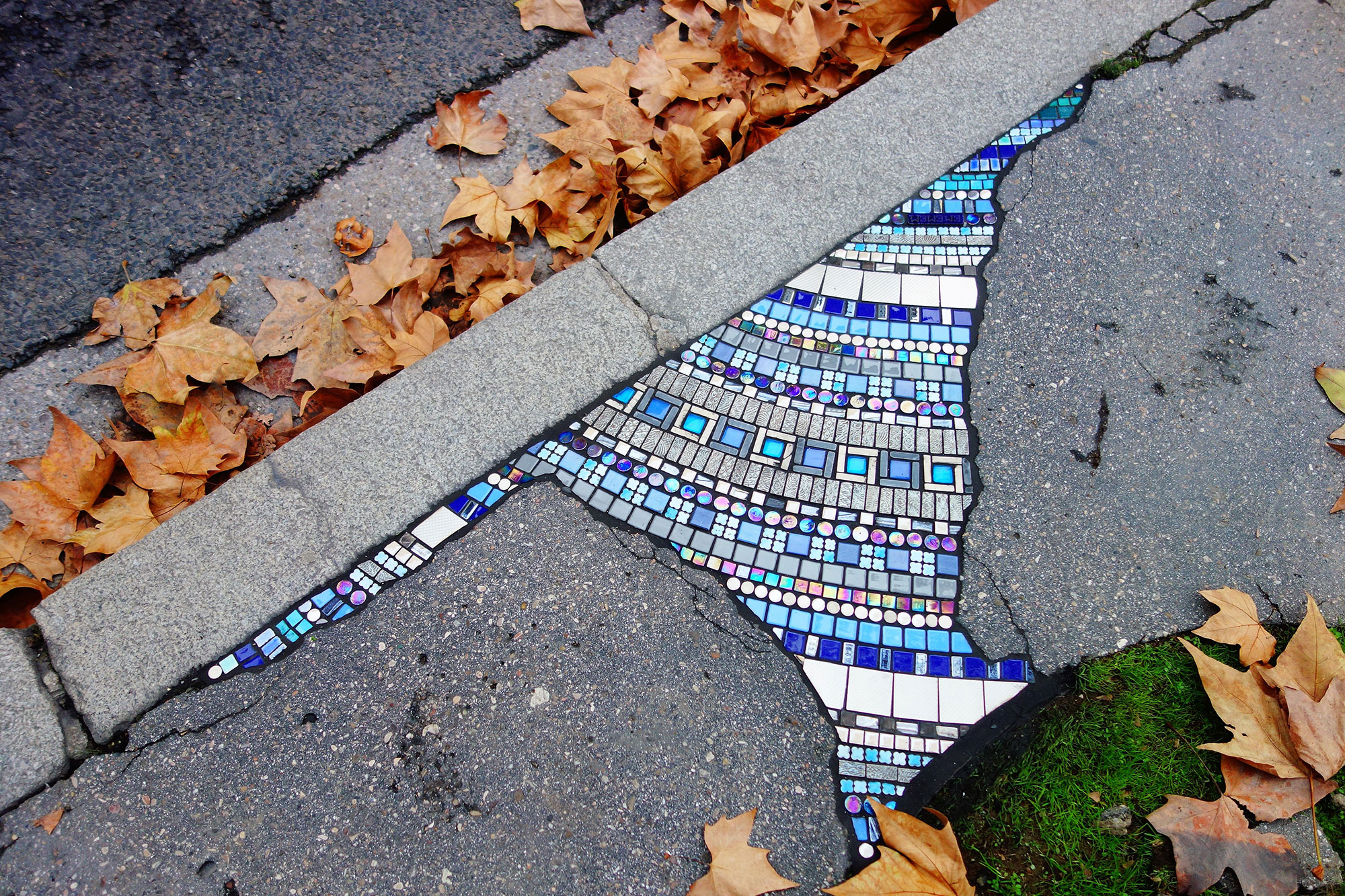 All images © Ememem, shared with permission

Throughout his home city of Lyon, Ememem is known as “the pavement surgeon.” The artist repairs gouged sidewalks and splintered facades with colorful mosaics that he describes as “a poem that everybody can read.” Intricate geometric motifs laid with pristine tiles hug the cracks and create “a memory notebook of the city. It reveals what happened, the life in these public places,” he tells Colossal. “Here cobblestones have been picked up and thrown. There a truck from the vegetable market tore off a piece of asphalt…”

Ememem’s first mosaic dates back 10 years when he found himself in a damaged alley in Lyon. At that time, he already was working in ceramic and translated that practice to revitalizing the outdoor area. Since 2016, he’s been consistently filling potholes and other divots throughout France. “It’s a succession of a lot of places and reflections, experiments I did before. I had done similar things, with other techniques, other supports, and finally, when this one emerged, I knew I found something that I was going to keep doing for the rest of my life,” he says.

If you’re in Paris, you can see some of Ememem’s newest interventions around the Grand Paris Express in Saint-Maur-Créteil through August 31. His work also will be at Spraying Board in Lyon on June 2 and included in a group show at Florian Daguet-Bresson opening June 8. You can find an extensive archive of his patched projects on his site and Instagram. Check out these guerilla pothole mosaics by Chicago artist Jim Bachor for similar street mendings. (via Jeroen Apers) Mycosis on the Môle de Sète