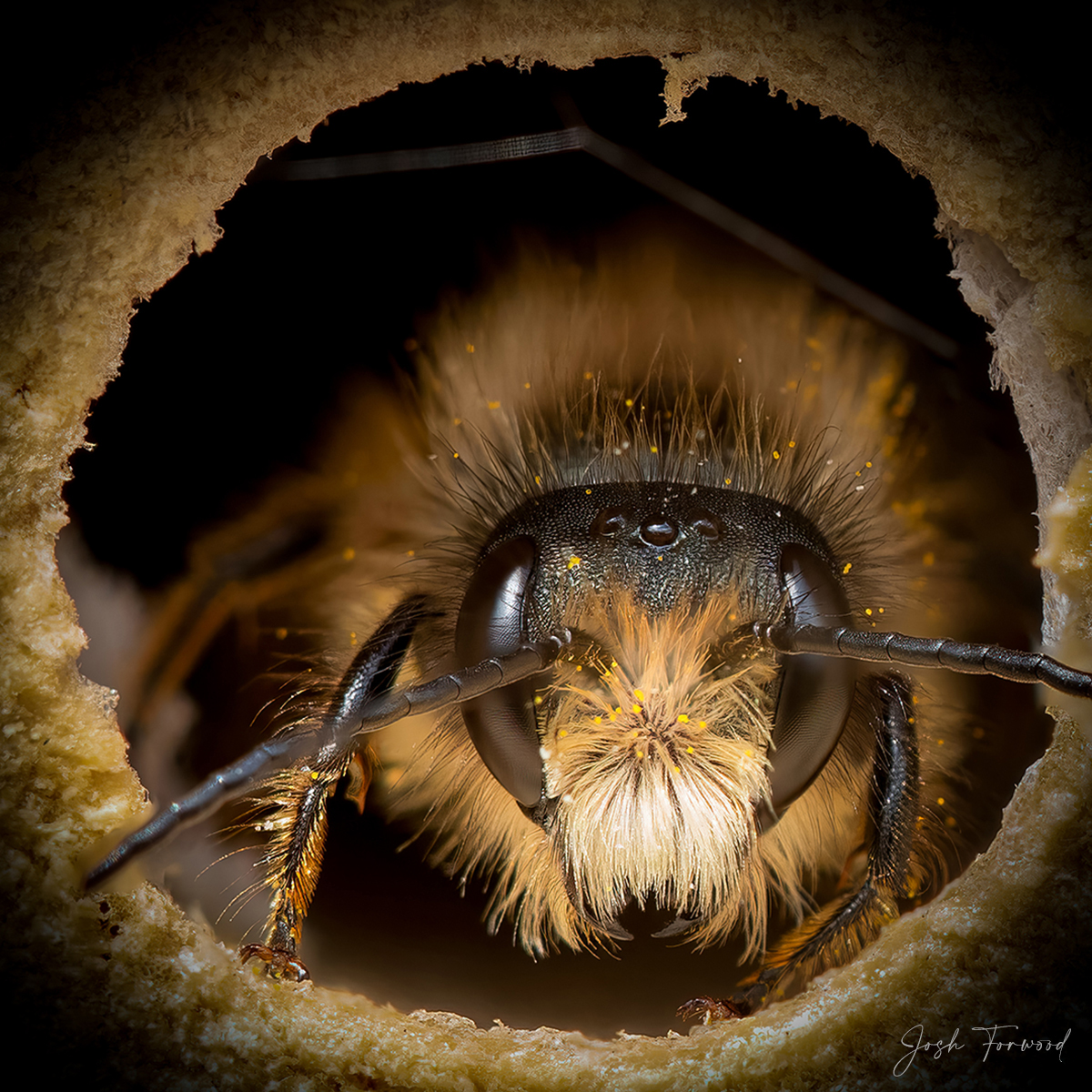 Although busy hives filled with honeybees tend to dominate mainstream imagery and conversations about bee populations, 90 percent of the insects are actually solitary creatures that prefer to live outside of a colony. This majority, which is comprised of tens of thousands of species, are also superior pollinators in comparison to their social counterparts because they’re polylectic, meaning they collect the sticky substance from multiple sources, making them even more crucial to maintaining crops and biodiversity.

“Whilst bee numbers, on the whole, are increasing, this is almost exclusively due to the increase in beekeeping, specifically honey bees,” wildlife photographer Josh Forwood tells Colossal. “Due to the artificially boosted populations in concentrated areas, honey bees are becoming too much competition for many solitary bee species. This, in turn, is driving almost a monoculture of bees in some areas, which has huge knock-on effects on the surrounding ecosystem.” The U.K. alone boasts 250 solitary species, a few of which Forwood photographed in a series of portraits that reveal just how unique each individual is. To capture the creatures up-close, he constructed a log-and-bamboo bee hotel while bound to his home in Bristol during quarantine—Forwood frequently travels around the globe to document wildlife for clients including Netflix, Disney, BBC, National Geographic, and PBS.

After about a month, the hotel was in a buzz of activity, prompting Forwood to attach a camera to the end of the lengthy tubes and photograph the creatures as they crawled inside. The resulting portraits demonstrate just how incredibly unique each insect is with wildly differing body forms, color, eye shapes, and hair patterns. Every bee is in a nearly identical pose and its facial features dramatically framed in a ring of natural light for comparison, revealing how each insect truly has its own identity. Because the images only capture them from the front, Forwood says it’s difficult to estimate how many different species visited the structure considering most are identified by the shape and color of their bodies.