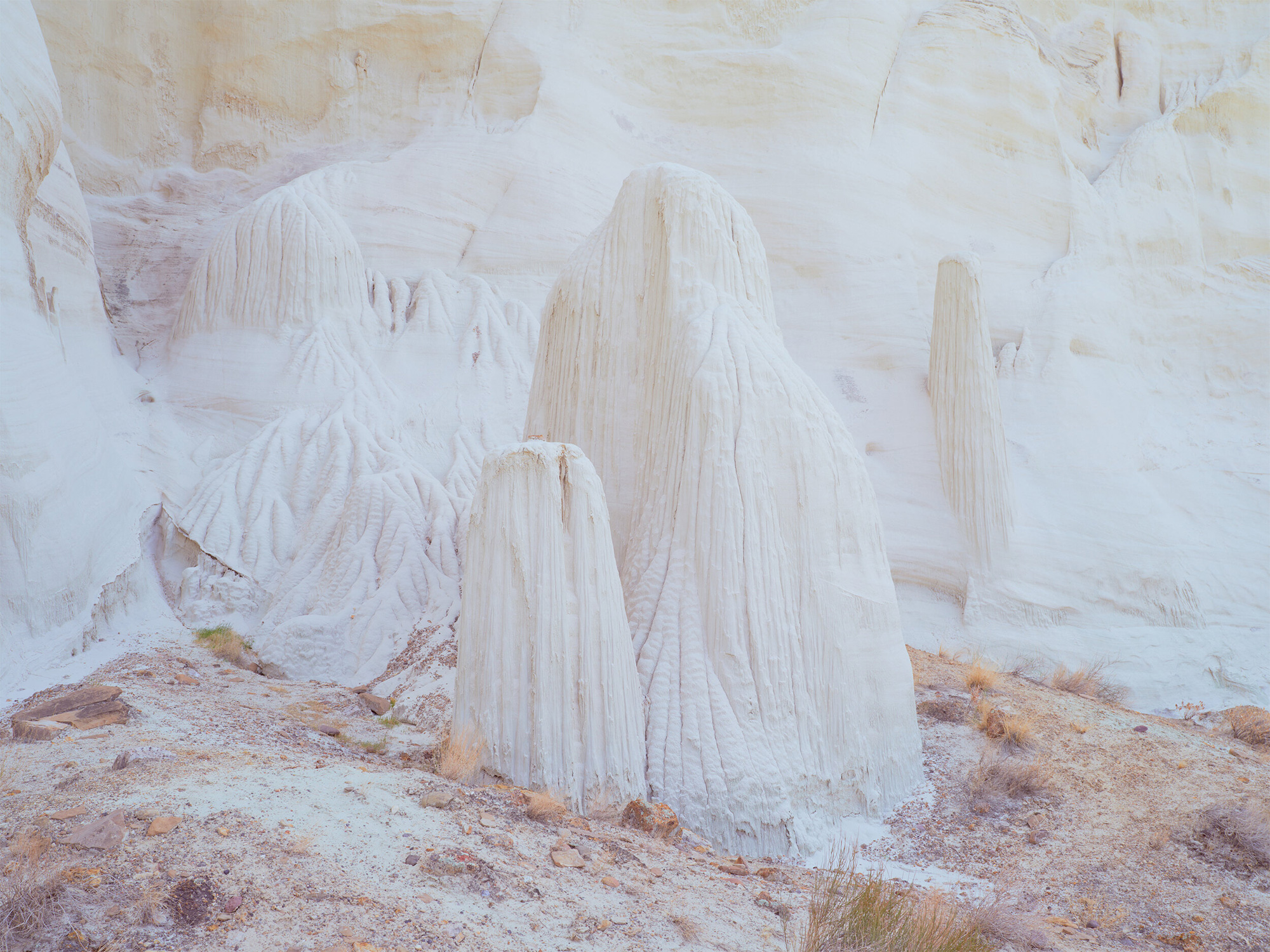 Between 140 and 180 million years ago, a cluster of Entrada Sandstone developed in a remote region of Utah. Wind, rain, and other elements have whittled down the formations over time, creating tall pillars that more closely resemble bunched fabric than ancient minerals.

For his series Draped Stone, photographer Zac Henderson documents these spectral columns, or hoodoos, that are developed when layers of hard and soft rock are worn down and produce smooth, billowing patterns as they age. Today’s structures flow in soft ripples from the walls and appear as ambiguous objects disguised by thick swaths of textiles. Henderson describes his encounter with the pillars:

It is almost as if fabric were draped over boulders to protect them from the elements. In another way, the rocks appear almost comically similar to a stereotypical ghost costume, needing only eyes to complete the ensemble. It is a strange thing for something so opposite to fabric to take on any sort of cloth-like appearance, yet here we are met with a most bizarre sort of muslin almost asking us to look underneath.

Henderson frequently travels and seeks out the unusual textures and colors of Earth’s landscapes, and you can follow his adventures on Behance and Instagram. Prints of a few pieces from Draped Stone are also available on his site. 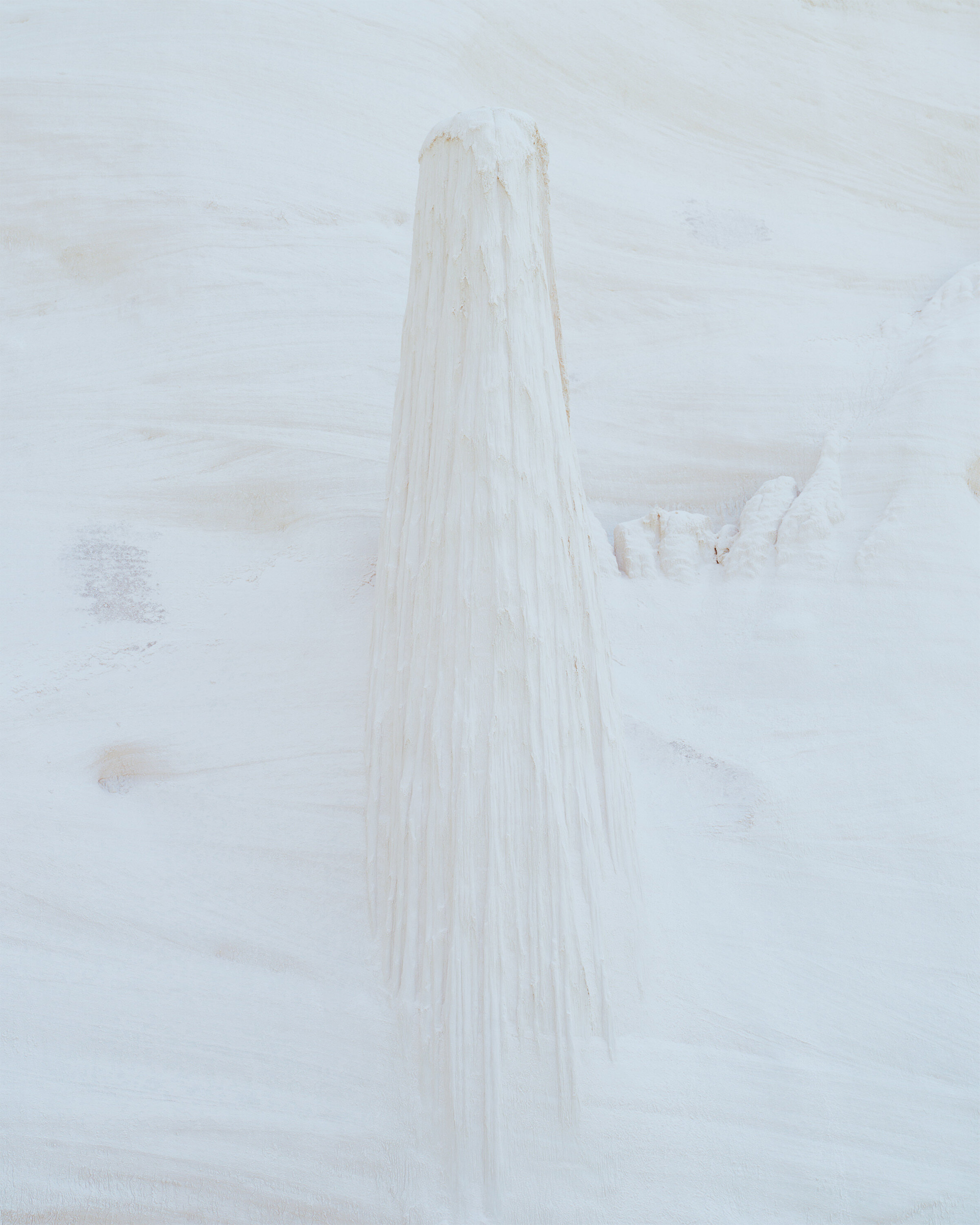