In his series Base Quantities, London-based photographer Greg White elucidates the abstract and fundamental concepts of physics. His minimal, graphic images document all seven components (i.e. mass, electric current, temperature, length, luminous intensity, amount of substance, and time) of the arbitrarily defined system used in measuring physical properties. Vividly composed, the visuals include a radiant electric current flowing in a coil, the tonal spectrum of thermodynamic temperature, and a trio of illuminated beams conveying length.

White tells Colossal that the series was born out of a desire to experiment with photographic techniques in a playful, accurate way and is inspired by Berenice Abbot, who dedicated much of her practice to presenting complex scientific principles to the public in a simple and accessible manner.  “Researching within the realms of science it quickly became apparent that everything has rules and quantities and so I chose to visualize the quantities. Rules might be next,” he shares. Each representation is derived entirely in-camera, a process he describes:

I wanted the images to only show something through a technique, so for instance without the motion of an object it would appear completely different or without the strobe again it would be different and not be representational of the concept.  A lot of the techniques involved (the) motion of an object captured over a long exposure. Some additionally have a strobe effect during the long exposure, others use multiple exposures while shifting the lens for instance, or simply incorporating simple props/fx to distort or reveal a notion.

Alongside experimental projects like Base Quantities, White works on a variety of commissions and commercial projects, which you can explore on his site and Instagram. (via Iain Claridge) 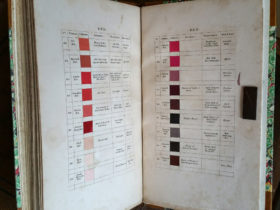