“Idali (Angel of Entanglement)” by Katja Novitskova, Kévin Bray, and Alexandra Martens on display at the Voice NFT Exhibition during Miami Art Week, 2021

Estonian installation artist Katja Novitskova’s art career started with a collaboration—a curatorial project—so it’s fitting that she continues to excel in opportunities that involve working with other artists.

Her latest project, a six-piece NFT series of Angels, represents an ecological concept that permeates throughout and defines our world. For this ambitious project, Novitskova collaborated with artists Kévin Bray and Alexandra Martens Serrano to portray the visual identity of non-human entities: animals, bacteria, molecular structures, and more.

The artists used machine learning to generate renderings of contemporary ecological concepts in the form of abstract synthetic beings, made of light and digital genomes. Each piece is inspired by the variety and cryptic descriptions of angels from the ancient world (such as Kalkydra, also called the Carriers of the Sun’s Heat; Laylah, the Angel of Night and Conception; and Azariel, also known as Waters of the Earth).

“The idea is that we are making an abstract matter that is somewhat alive and is animated via subtle breathing or movement or other processes,” she says. The six artworks can also be seen as six days of creation, with abstract matter gaining its voice and assembling into something living: 3D models of organic shapes like proteins, primitive creatures, living cells, eggs, and molecules.

Novitskova was selected for the Voice NFT Residency by Myriam Ben Salah, a Tunisian-French curator who currently serves as the director and chief curator of the Renaissance Society in Chicago. In pursuit of the residency’s theme, Raise Our Voice, Novitskova asked herself a series of questions: “Whose voice is being ignored? Whose voice can I present that’s an unexpected character?”

Novitskova has always been obsessed with biotechnologies, a passion that turns beautiful in the collection, which she describes as “NFTs that represent the vision of another being.”

View the works only on the carbon-neutral NFT platform Voice. 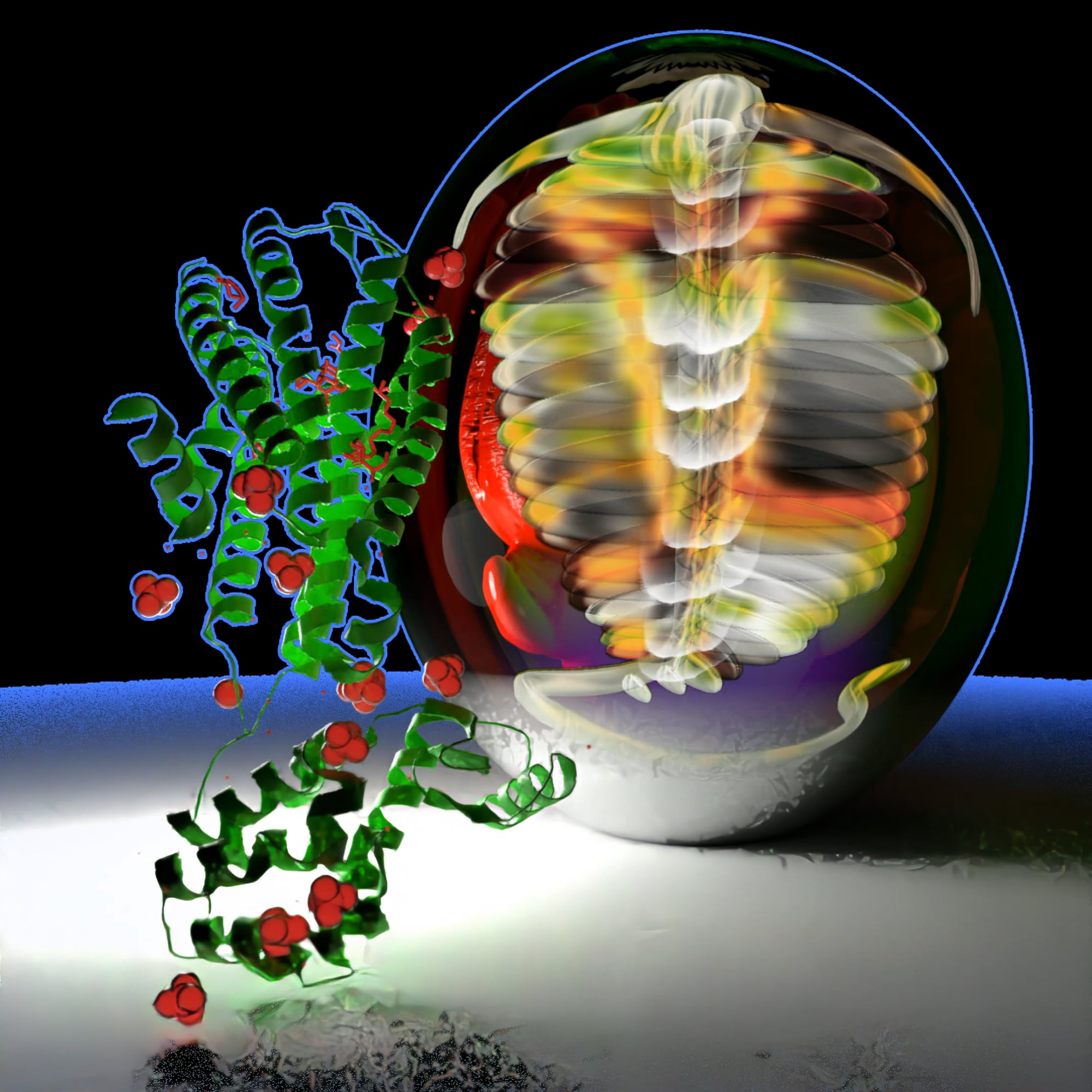