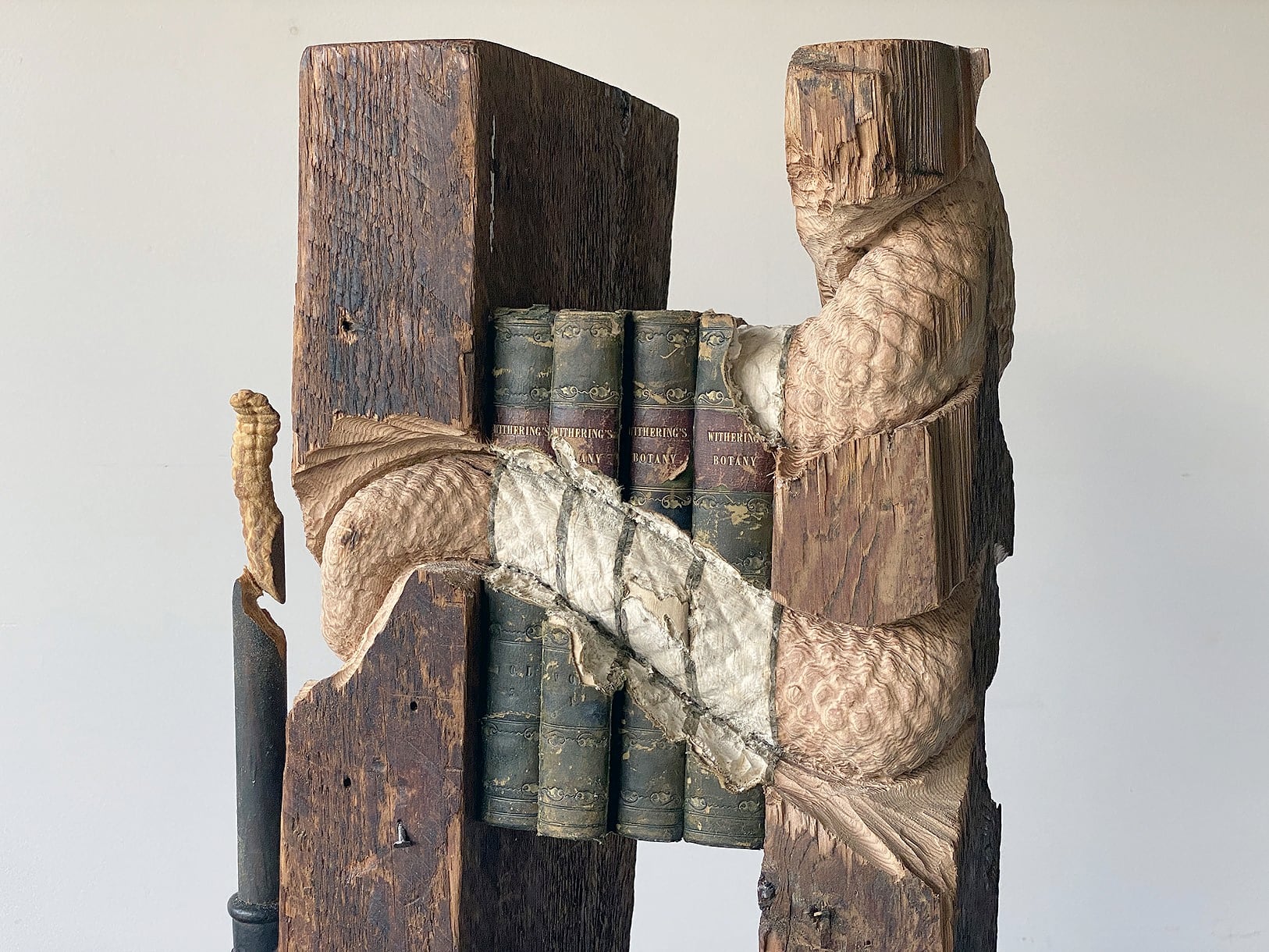 In a towering, totem-style sculpture titled “The Garden,” Canadian artist Maskull Lasserre (previously) compresses a collection of 18th-century botanical texts between two parallel planks of Douglas Fir. Metal vices bore through the wooden beams, securing the first four volumes of William Withering’s An Arrangement of British Plants, although both the natural and manufactured components are eroded with Lasserre’s intricately carved snake that winds around the perimeter and appears to bind the individual components together. “The Garden” is one of the artist’s most recent works that metaphorically and physically considers the concept of tension, and you can see more in his portfolio.