For many creators, beginning the foray into the world of NFTs is daunting. There’s the technology, which is new and complex, alongside the staggering pace of concepts. But for artists looking for innovative opportunities, it can be a great space to explore.

NFTs appeared on artist Dana Powell Smith’s radar around a year ago, when she heard the term on the Clubhouse app. “I thought this would be a great opportunity to continue my family’s art legacy through a new platform,” she says.

Smith goes by ‘Georgettes Granddaughter,’ an homage to her grandmother, Harlem Renaissance artist Georgette Seabrooke Powell. Pursuing an art practice is extremely important to Smith, as is honoring the challenges her grandmother experienced. To be able to share Georgette’s legacy, learning to navigate a new space is worth it.

“I thought about my grandmother and the struggle she faced after painting the Harlem Hospital Mural during the Harlem Renaissance,” Smith recalls. “When her mural was complete, they told her that it depicted too many Black people. She fought and fought to keep the mural as she painted it. It was restored in 2012 and now sits in the Harlem Hospital Lobby.”

Despite creating art since she was a young child, Smith only began painting publicly in 2020, after the killing of George Floyd. “I had to get all of my emotions out on canvas. It felt like a force inside of me. My art took off immediately.”

When first figuring out which NFT platform to use, Smith chose to mint her NFTs on Voice because of how easy it was to get started and understand, saying, “I have looked into many other platforms and was utterly confused.” Voice’s lack of a learning curve allowed her to hit the ground running, with sales on her NFTs beginning mere days after minting.

For fellow artists considering an entrance to the space, Smith points to the ability to reach a broader range of people and collectors. “I can show the art community in general that we don’t have to box ourselves in.”

What’s next in the continuation of Georgette’s legacy? An art scholarship fund, Smith hopes. As she pursues the technology of the future, she wants to invest in it, too, and pay a beautiful homage to the past. 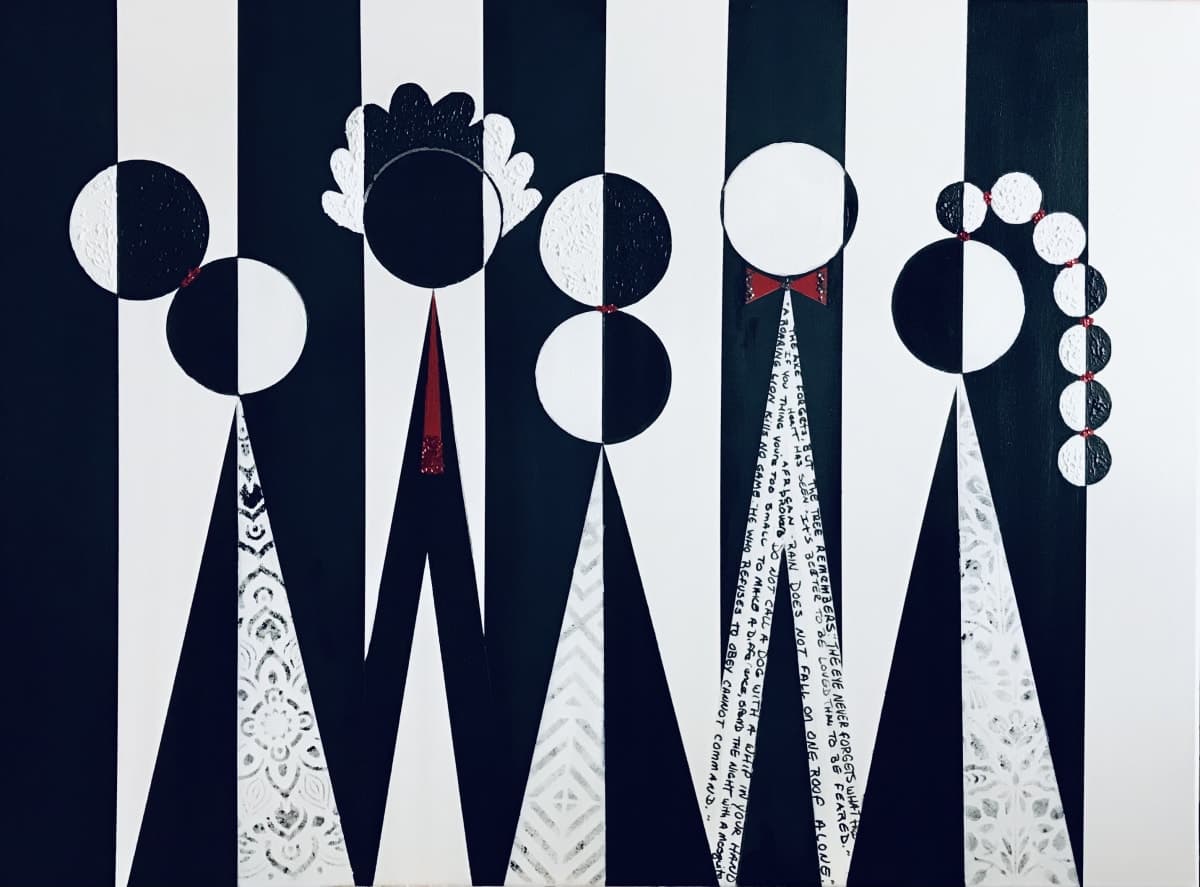