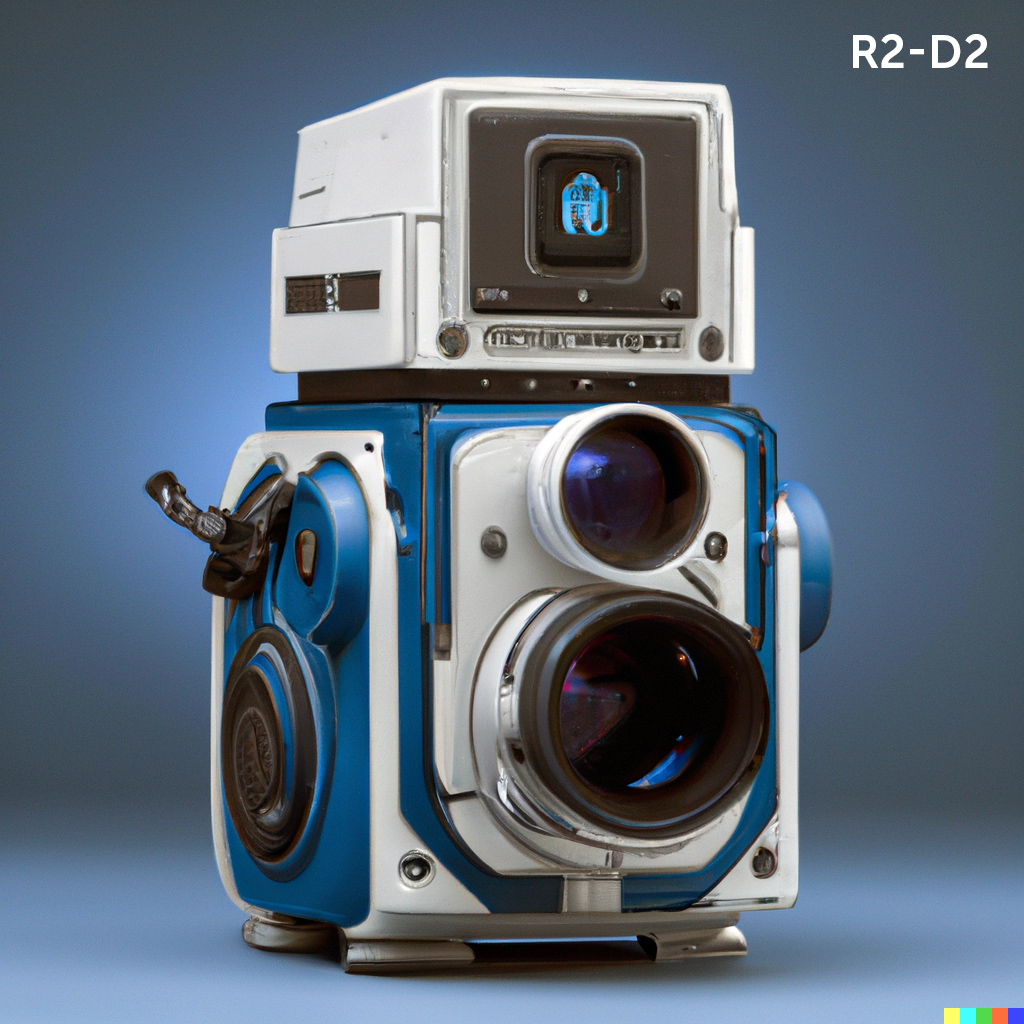 All images courtesy of Mathieu Stern, shared with permission

A photographer doubling as an inventor of the bizarre, Mathieu Stern has been developing new cameras based on simple ideas: one collection is created for pharaohs, another designed by Aztecs, and others are inspired by superheroes and pop culture. The devices are visually intriguing and wildly diverse, but unfortunately, they’re not real.

Stern experimented with the new artificial intelligence system called DALL-E 2, which accepts short natural language text prompts and then generates near photo-realistic images, often with uncanny results. The latest version of the OpenAI software was released earlier this year—there’s a waitlist for access to the current iteration—and has since generated everything from a 3D raccoon puzzle to the modern masterpiece “Otter with a Pearl Earring.” Most of Stern’s descriptions involve “a medium format camera that looks like” followed by R2-D2, Groot, Homer Simpson, or another fictional icon. Others imagine what a Polaroid might look like if it were made of marble and wood or blended with Nintendo.

Stern released a video detailing how he used the new technology, and you can find more of his unusual mashups on Instagram. (via PetaPixel) 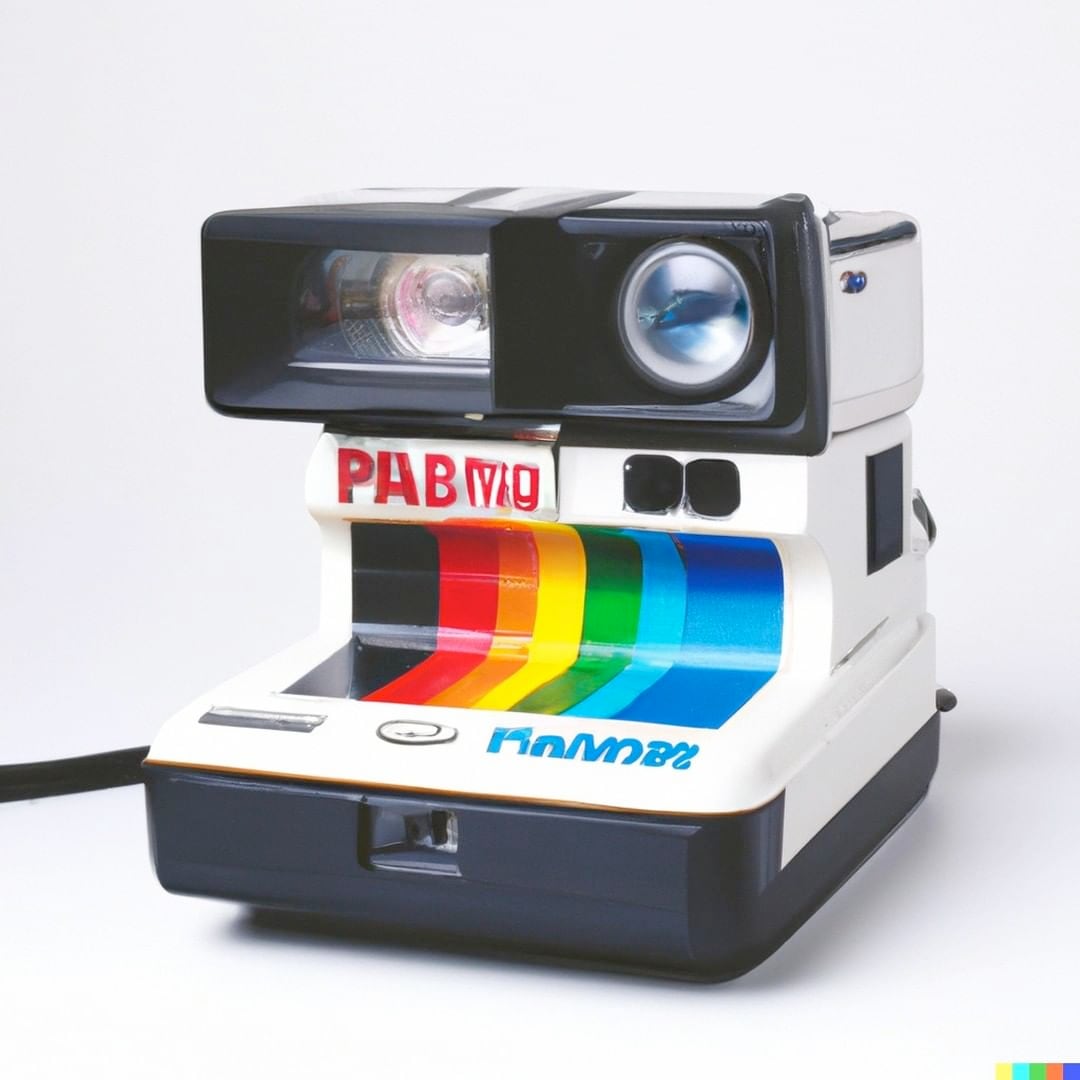 A mashup of Nintendo and Polaroid “Polaroid cameras made of marble and wood” 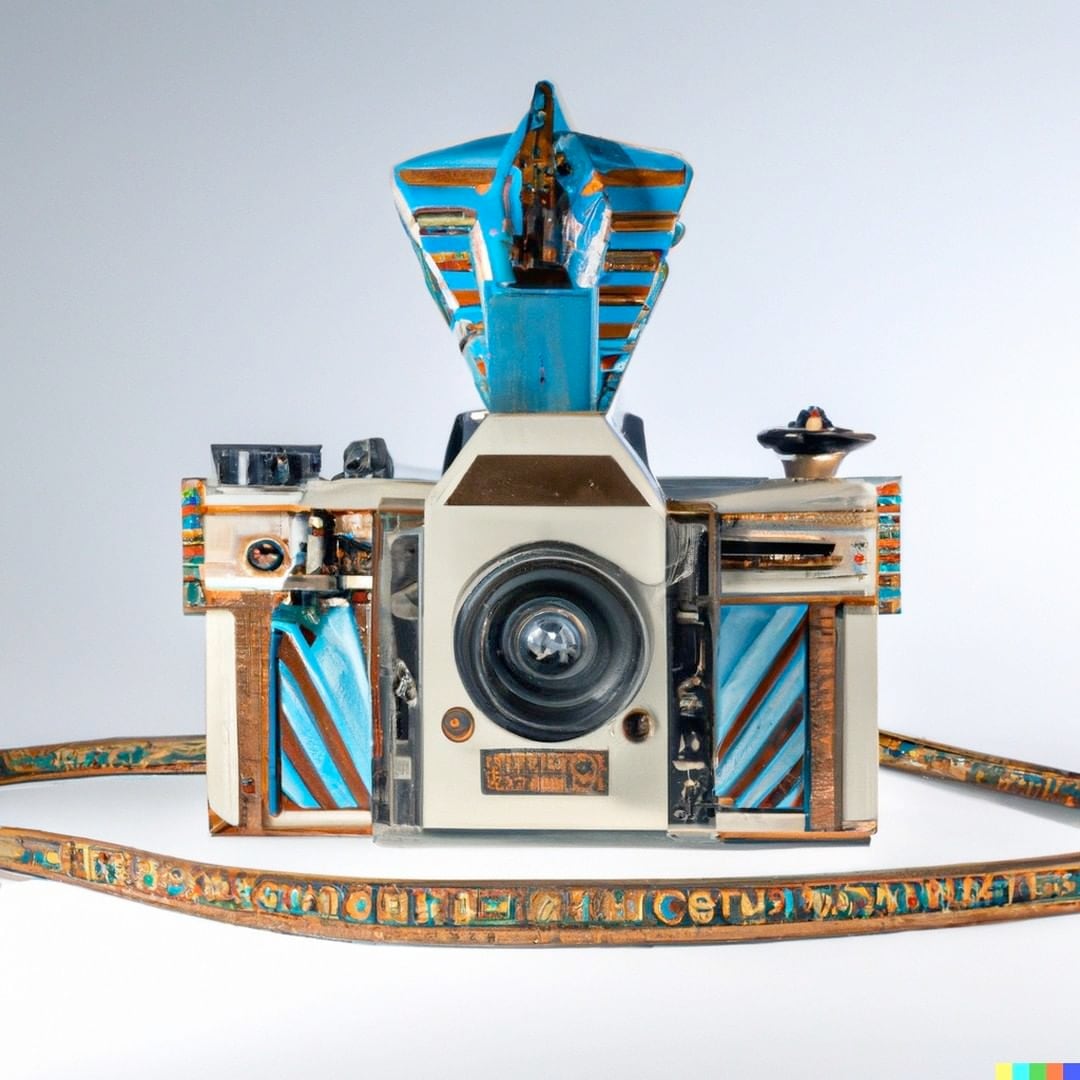 “Film cameras made for Pharaohs” 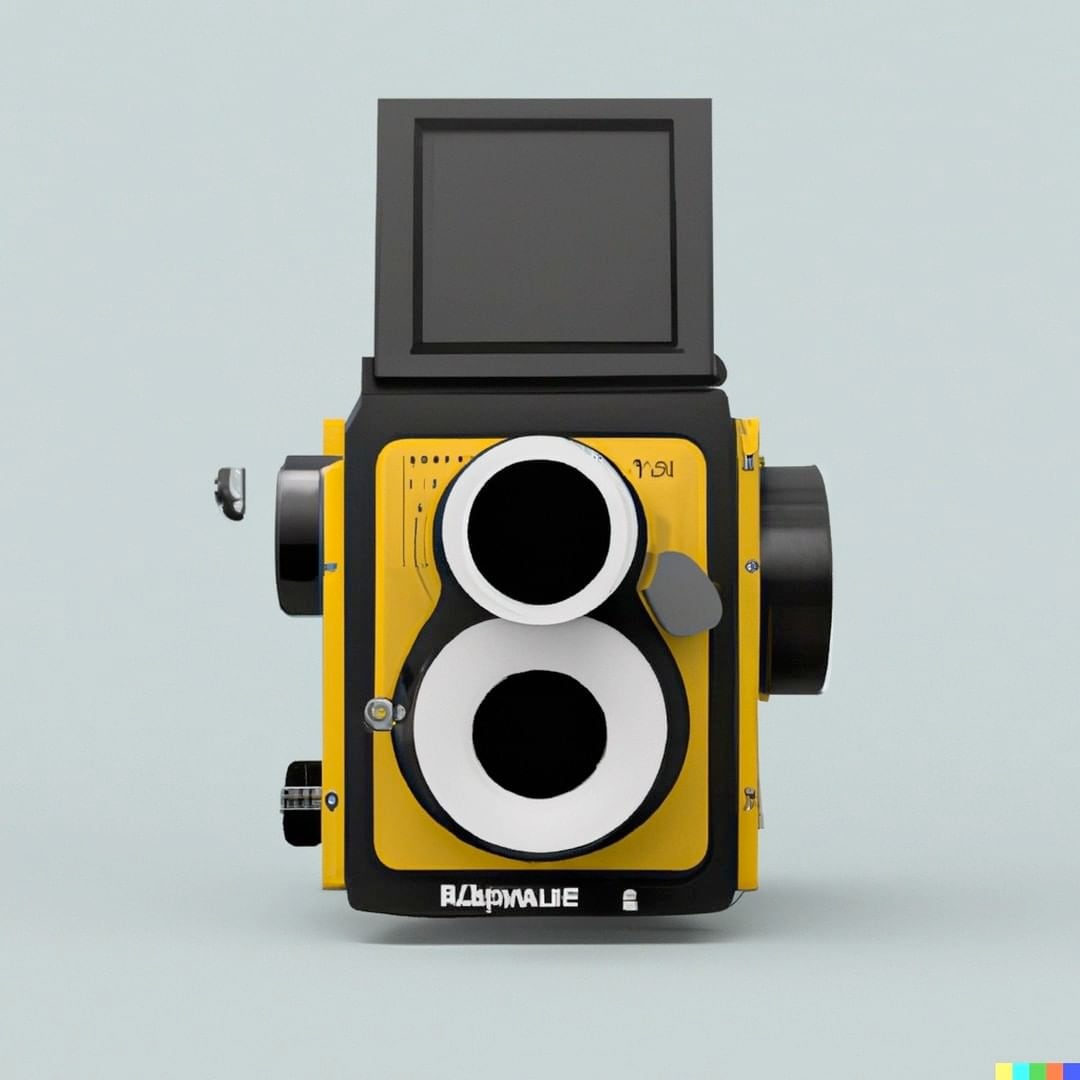 “A medium format camera that looks like Homer Simpson” 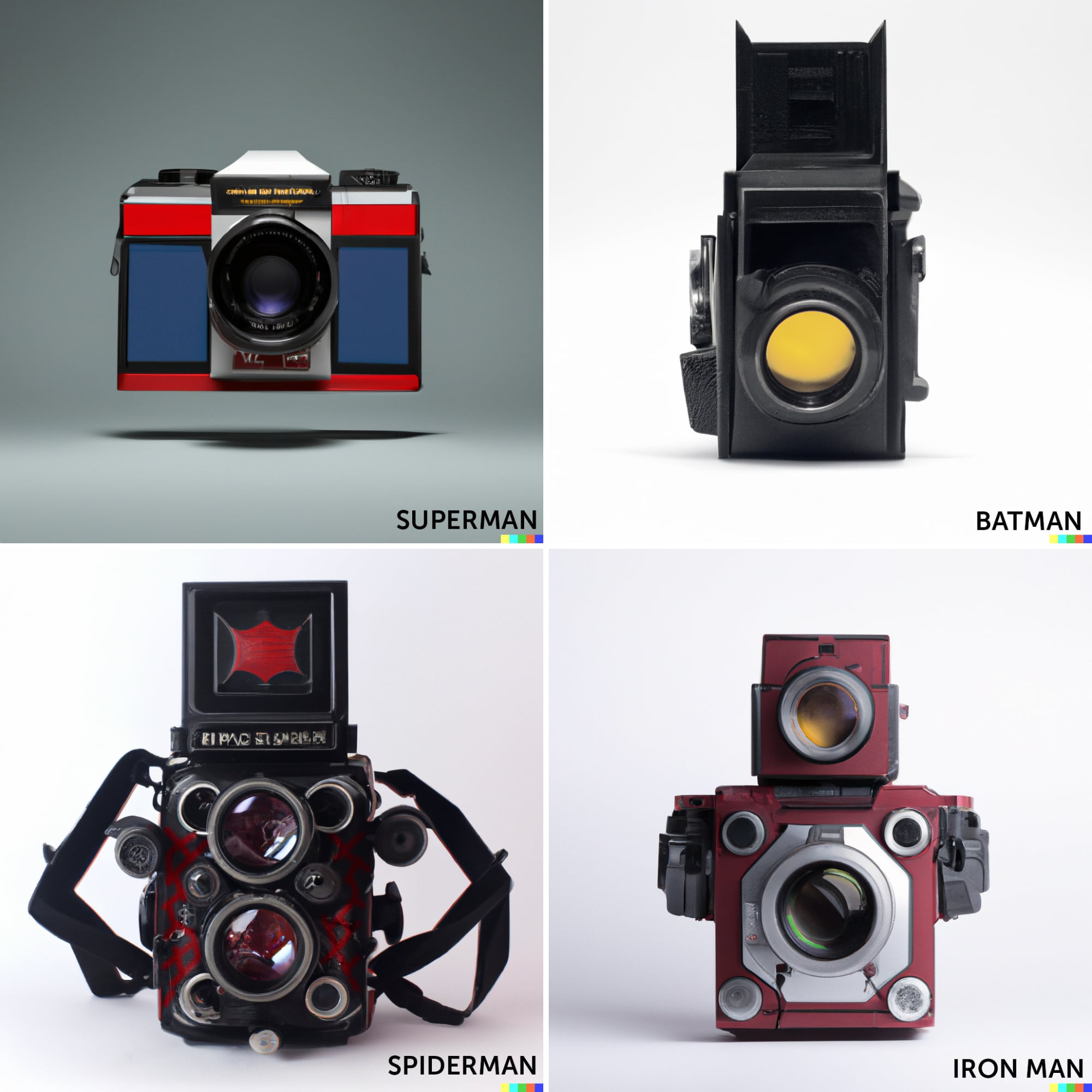