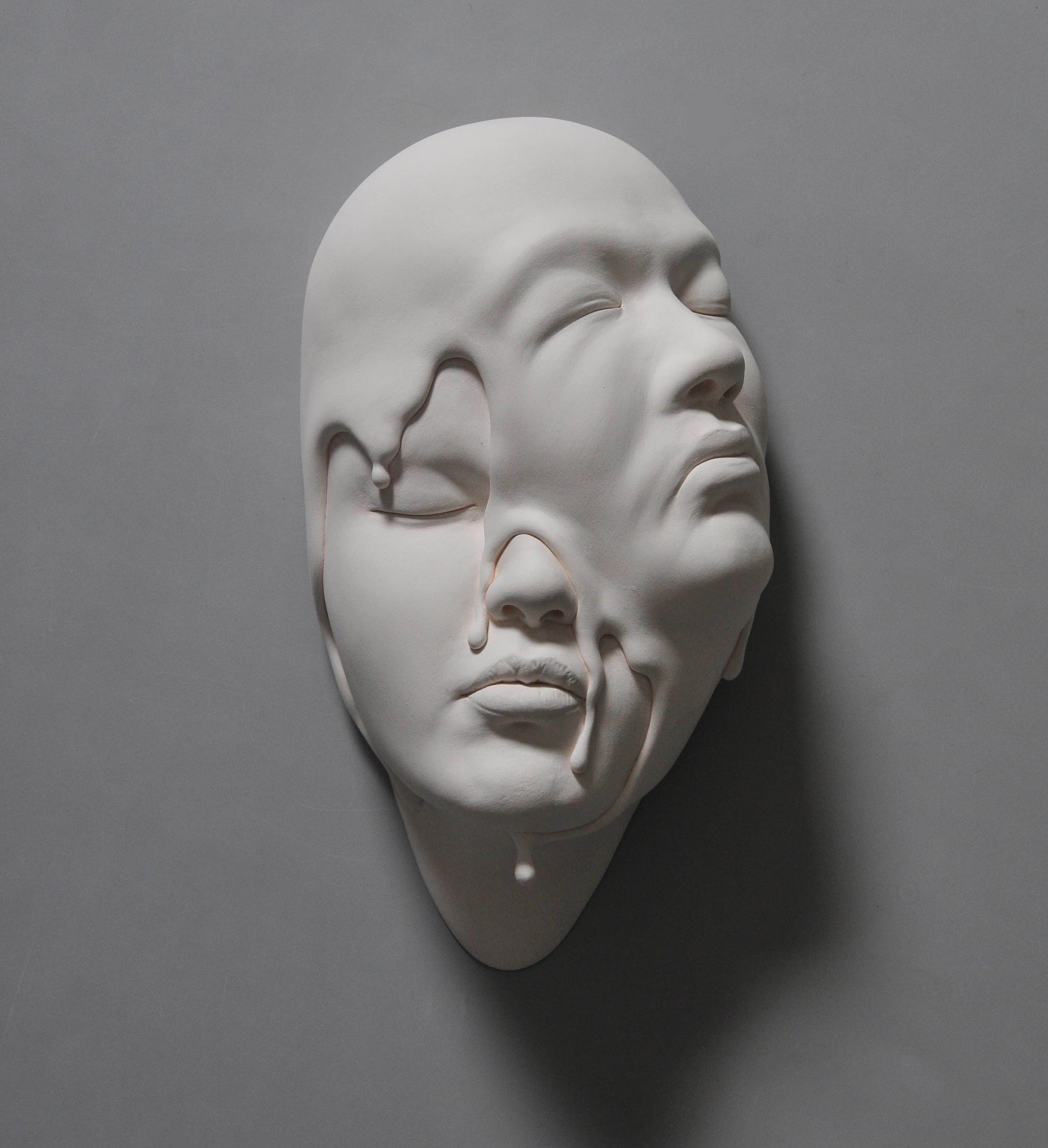 “Remembrance” Johnson Tsang (previously) continues to create spectacularly emotive ceramic sculptures of the human face. The Hong Kong-based artist’s latest series, Lucid Dream II, features surreal contortions that squish, wring, melt, and stretch. Titles like “Remembrance,” “Extrication,” and “Unveiled” suggest an exploration of the liminal space between the conscious and subconscious, in addition to the self and other. Tsang uses plain, unglazed clay, eschewing typical lifelike details such as color, hair, and apparel, to focus the viewer’s attention on the universally-relatable expressions of each of his imagined subjects. You can see more of the sculptor’s completed and in-progress work on… Sculptor Johnson Tsang (previously) continues to push realism’s boundaries in his sculptures of faces that are stretched and opened up in surreal ways. In his latest series, Open Mind, Tsang incorporates hand gestures and metaphorical materials like growing leaves and rippling water to convey a sense of open-mindedness in his sculptures. The artist shares with Colossal that he has always been creative, but due to an impoverished upbringing and poor grades in school, he initially focused on trade work, including as an air conditioning assistant and a potato chip fryer. Tsang first took a clay modeling class in 1991, during… 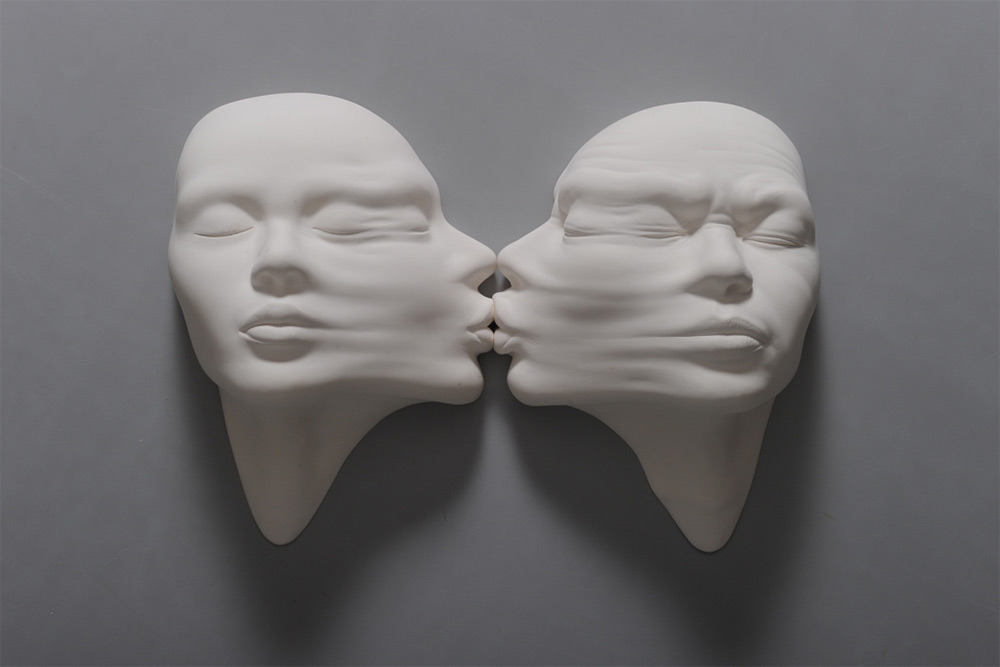 Stretching the properties of porcelain clay to the max, artist Johnson Tsang (previously) contorts the faces of his anonymous sculptures into rubber. The comical works morph facial features and body parts, at times cramming the identities of multiple persons into a single being. These new pieces from his “Lucid Dreams” series were recently on view at the Hong Kong Sculpture Biennial as part of Art Asia 2016. You can see the rest of them here…. Ceramic artist Johnson Tsang (previously) created a pair of porcelain vases that when cut along the edges reveal the profiles of people. Smoosh two together and you have instant ceramic love. See more of Tsang’s process over on his blog, and if you liked this also check out the Profilograph by Pablo Garcia…. With an adept understanding of ceramics and anatomy, Hong-Kong based artist Johnson Tsang (previously here and here) creates strange and unexpected anthropomorphic sculptures where human forms seem to splash effortlessly through functional objects like bowls, plates, and cups. While the works shown here are mostly innocent and comical in nature the artist is unafraid of veering into more macabre subject matter in other artworks that grapple with war and violence. Tsang recently opened a solo show, Living Clay, at the Yingge Ceramics Museum in Taiwan that runs through January 19, 2014. You can see many more pieces from the exhibition…

A Dragon Teapot by Johnson Tsang Artist Johnson Tsang (previously) has been posting an amazing series of process photos over on his blog that demonstrate how he makes many of his bizarre ceramic creations. One piece that really stood out is called a Painful Pot, which is a functional teapot being squeezed by a dragon, its head functioning as the spout. (via EPLOD)…