Photographer Paul Octavious (previously) casts new light on Chicago’s adoptable dogs through a collaboration with PAWS, the city’s largest no-kill animal shelter. Octavious, an editorial and commercial photographer, explained to Colossal that he was on a shoot for NBC when he thought to pair the vibrant HUE lighting setup with rescue pups that were set to be photographed with characters from a NBC TV show. Octavious ended up spotlighting the animals themselves with the HUE lighting, resulting in these colorful portraits, and he has continued to volunteer his time helping to get Chicago’s homeless pets adopted with his ResHue Dog… Photographer Paul Octavious captured the above image using a drone in his Chicago neighborhood, editing the image with red marks in post production as a reaction to the hostile environment escalating both in the city and across the country. By using a drone to photograph the thermometer-like image Octavious was also able to capture the landscape surrounding his street intervention, adding a deeper context to his work by providing a glimpse of Chicago’s own streets. “While photographing a street in my neighborhood from above, I immediately picked out the shape which resembled that of a classic glass thermometer,” said Octavious…. 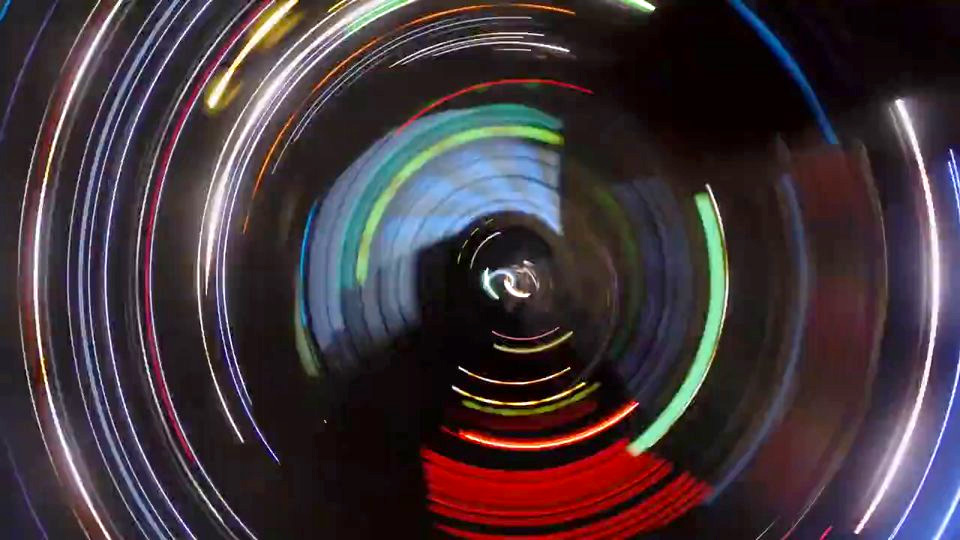 Though we may be rapidly heading toward peak GoPro, and the number of unique scenarios where the tiny video camera is used to film something is dwindling, gems like these still persist. For his Video Sketchbook class at the University of Wisconsin, Ryan Fox attached a camera to his car wheel while driving around at night, and this is the dizzying result. This should probably come with a list of seizure/vertigo/hypnotism warnings. (via Vimeo) Update: Hey, if you liked this, also check out Paul Octavious’ photo series of spinning vinyl, Grandpa’s Records (scroll right)….

The Event of a Thread: Anne Hamilton's Groundbreaking Installation Filmed and Photographed by Paul Octavious It’s a deep regret that I didn’t head up to New York over the last few weeks to catch Ann Hamilton’s groundbreaking installation, The Event of a Thread, at the Park Avenue Armory. Perhaps the only saving grace of not seeing it in person is this gorgeous new video by my friend Paul Octavious who managed to catch a final glimpse of the installation before it closed last weekend. As visually stunning as it appears, I’m certainly left asking… “So what does it all mean!?” A field of swings suspended 70 feet in the air, a gargantuan white curtain attached… Chicago photographer Paul Octavious has just released a number of new photos as part of his Lean With It series, where he captures people bending (I suspect falling) in parallel with precariously angled trees. It’s almost more amazing that he’s able to find these trees in the first place, let alone timing such great shots. See much more on his website….