…profile to consistency to cross-posting.   A simple program based on daily practice, Brent Eviston’s The Art & Science of Drawing is created for beginners hoping to learn the fundamentals of shape, proportion, and shading.   Eviston offers a similar class focused on anatomical forms and bodies, although The Art & Science of Figure Drawing is geared toward those who already have a solid understanding of drawing basics.   Create a short clip with American director and stop-motion animator PES (previously), who shares insights behind developing concepts, determining narratives, getting the film, and editing a stop-motion project in his course….

…baseball glove becomes the bun of a strangely enticing hot dog, while a cracked-open computer mouse makes an unusual batch of scrambled eggs on the top of an open copy machine. Each video is composed of thousands of images compiled by the user, who does not use Photoshop or CGI, and features an array of satisfying sound effects. Watch more of his invented cooking tutorials, like a sushi meal created from a business suit and an iPhone, in the videos below, or on his YouTube channel. If you enjoy these animations, also check out stop motion meals by PES.  … 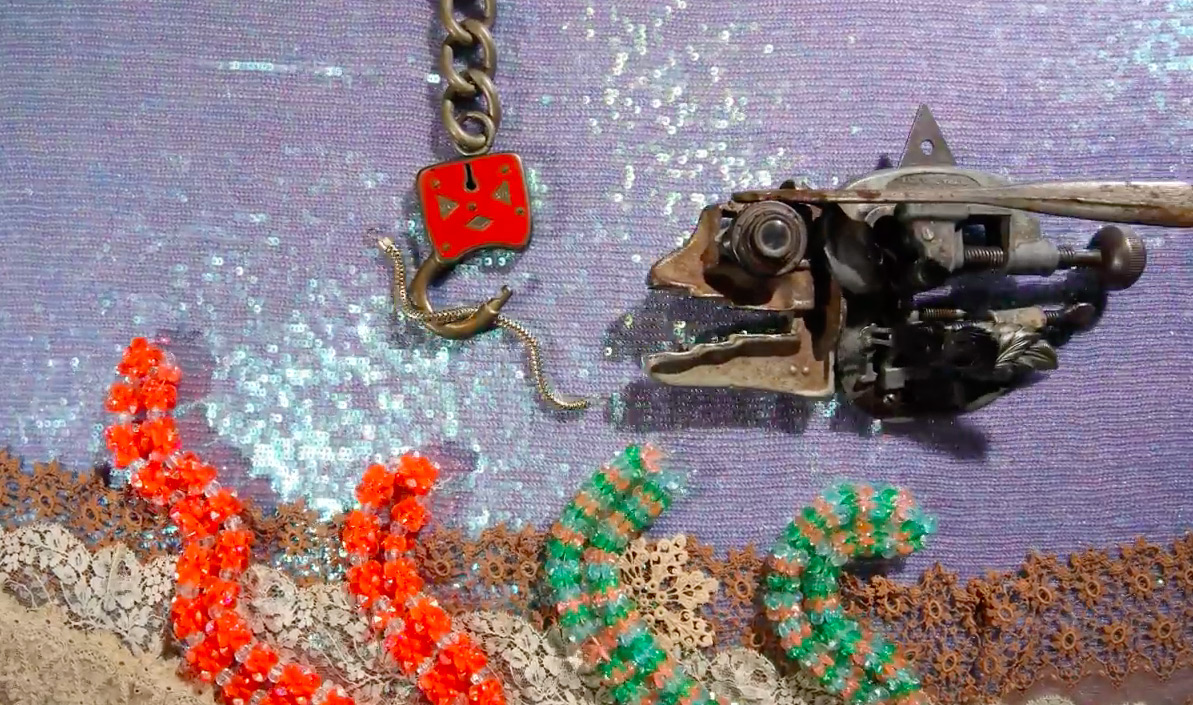 Oscar-nominated stop motion animator PES (previously) has a few new short films out, including Gone Fishin’, Lens Smash, and Still Life. Gone Fishin’ engages PES’ ingenious use of found materials, like lace standing in for the ocean floor and antique skeleton keys swimming as a school of fish. Lens Smash and Still Life feature quirky visual puns captured in just a few short seconds. Watch the films here and find many more on the artist’s Instagram or his YouTube channel, which has garnered an impressive following of nearly one and a half million people.  … 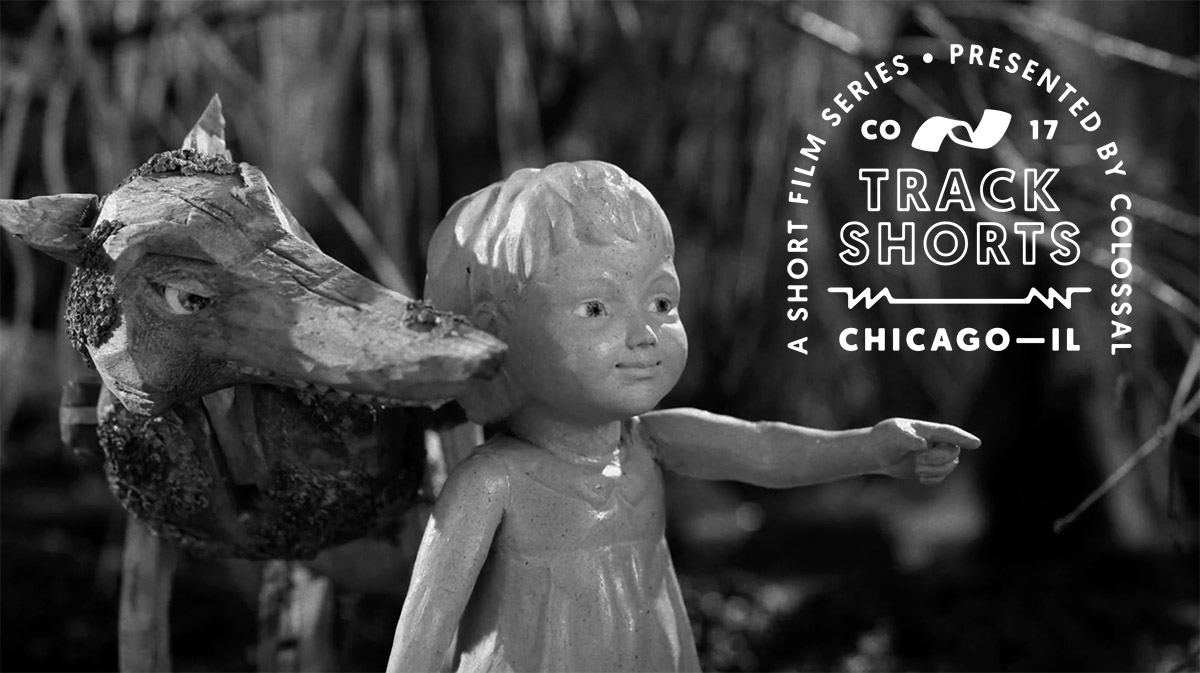 …series called Track Shorts. Echoing Lost Arts’ role as a laboratory and workshop for creatives working with their hands, Colossal brings together a collection of stop-motion short films that celebrate the physical labor of bringing stories to life on screen. This Track Shorts event is an hour-long program featuring over a dozen films by animators from nine countries. The screening is outdoors on an old railway loading dock at Lost Arts. Shorts by PES, Laura Stewart, Kirsten Lepore, Norman McLaren, Anu-Laura Tuttelberg, Timothy Reckart, Gemma Green-Hope, and many others. We have just a few seats left, tickets are only $5…. PAPERMEALS is an ongoing series of culinary animations by Melbourne-based production studio yelldesign. Each brief clips sees a variety of papers turned into banana splits, bowls of ramen, or even a plate of pasta with meatballs. Certain sequences and techniques seem to be inspired somewhat by PES, namely his short film Western Spaghetti. You can see a few more over on Vimeo. (via Sploid)…. 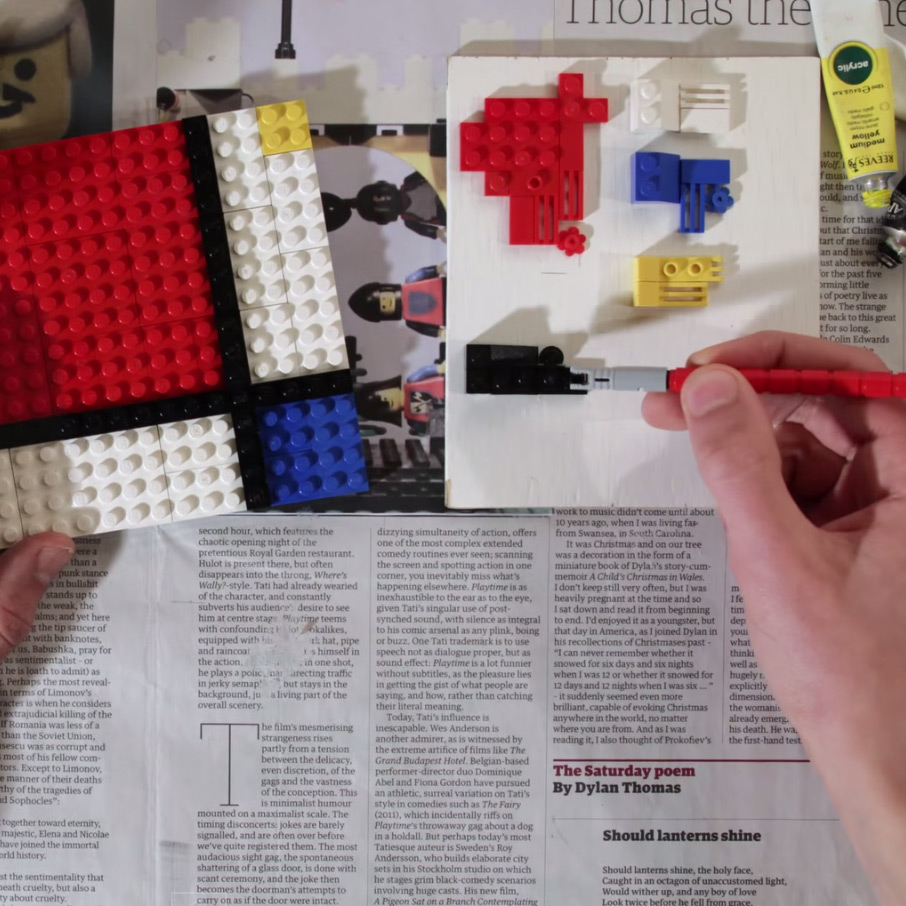 Watch as Lego enthusiast Jon Rolph deftly recreates a Piet Mondrian using stop-motion animation. While it may seem like a pretty straightforward idea, the attention to detail here is astounding, even PES was impressed. (via Stellar)…