“Miss Autumn.” All images © Christoffer Relander, shared with permission During the first frost in the southern region of Finland, Christoffer Relander (previously) shot dense patches of branches, ferns, and blades of grass as part of a new set of double-exposure photographs. Titled We Are Nature Vol. 6, the monochromatic project merges human figures with nature to generate a portrait of a woman whose forehead is substituted with overflowing brush. Another image shows two kids whose features are obscured by leaves and vines. The Finland-based photographer, who has a background in graphic design, tells Colossal that he decides how to… Photographer Christoffer Relander (previously) uses double exposure photography to “capture” wooded Finnish landscapes inside of glass jars. These images give a peek into the photographer’s past, while also metaphorically preserving the memories he formed as a childhood growing up in the south of Finland. “Reality can be beautiful, but the surreal often absorbs me,” said Relander in an artist statement on his website. “Photography to me is a way to express and stimulate my imagination. Nature is simply the world. With alternative and experimental camera techniques I am able to create artworks that otherwise only would be possible through painting… Stemming from a past of ambitious collecting, photographer Christoffer Relander utilizes mason jars as vessels to capture the environments that surrounded him during his childhood in Finland. The project, Jarred & Displaced, utilizes double exposures shot on medium format film to combine pristine images of jars with black and white landscapes, collecting scenes shot within forests, neighborhoods, and on top of steep ridges. Each of the images is completely analog as Relander decided to eschew all digital processes for the series. “With analog multiple exposures I’m able to manipulate my photographs in-camera,” said Relander to Colossal, “this project was not… 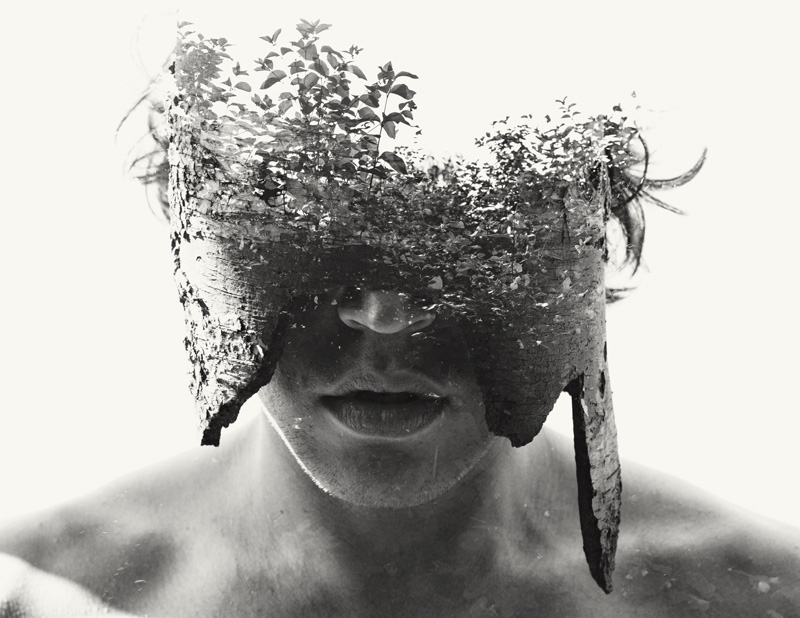 Photographer Christoffer Relander (previously here and here) returns with the third installment of his beautifully executed multiple exposure photographs that blend aspects of nature with portraits of people. Titled We Are Nature Vol. III, the series continues the Finnish photog’s experimentation with layering images in-camera using his Nikon D800, without the use of Photoshop. Prints available on request…. Photographer Christoffer Relander (previously) just finished a new series of photographs titled We Are Nature using double and triple exposures that incredibly are all done in-camera with a Nikon D700. I love the direction his work is taking. See more on Behance…. I am such a sucker for multiple exposure photography, it simply never, ever gets old for me, especially when composed as wonderfully as these recent shots by self-taught photographer Christoffer Relander who lives and works in Finland. You can see many more shots on his website and prints are available over on Behance. If you like these, also check out the work of Jon Duenas. (via the curious brain)…