“Six Kinetic Characters” illustrates relatable emotional gestures through animated characters in a new short by Lucas Zanotto (previously). Emotional roller coasters, mood swings, and crossed eyes are conveyed in 3-D renders, which Zanotto shades with nostalgic pastel colors. “I always really enjoyed building models and focus on textures, shapes and colors in my first career as a product designer,” Zanotto tells Colossal. “I moved towards film-making and directing commercials while always trying to keep this analog element in my work.” Zanotto has found that 3-D modeling software feels similar to working with his hands as he did in previous projects,…

MINIMALS is a new short film by Helsinki-based animator and director Lucas Zanotto (previously) composed of fictionalized kinetic sculptures based on real animals. The series of short animations catch each simplified creature in a repetitive loop that imitates the extension of an elephant’s trunk, a crab’s sideways walk, or the incessant pecking of chickens. The animals appear to be formed from children’s blocks with colors that hint at their actual breed. Pink spheres with snouts are an easy give-away for pigs, while other configurations, like a flat mauve disk rolling across a slender beige cylinder, are a little bit harder…

EYES is a short film by Lucas Zanotto (previously) showcasing several kinetic sculptures both built and filmed by the Helsinki-based director. Each installation is composed of simple parts that subtly imitate an action associated with one’s eyes. In one piece, two transparent globes slowly leak streams of water onto the floor below. In another, two black balls swing back and forth above an open book, slowly scanning the pages below. You can watch more of Zanotto’s videos on his Instagram and Vimeo, and take a look at all nine of his optical installations in the short piece above. Sound design… 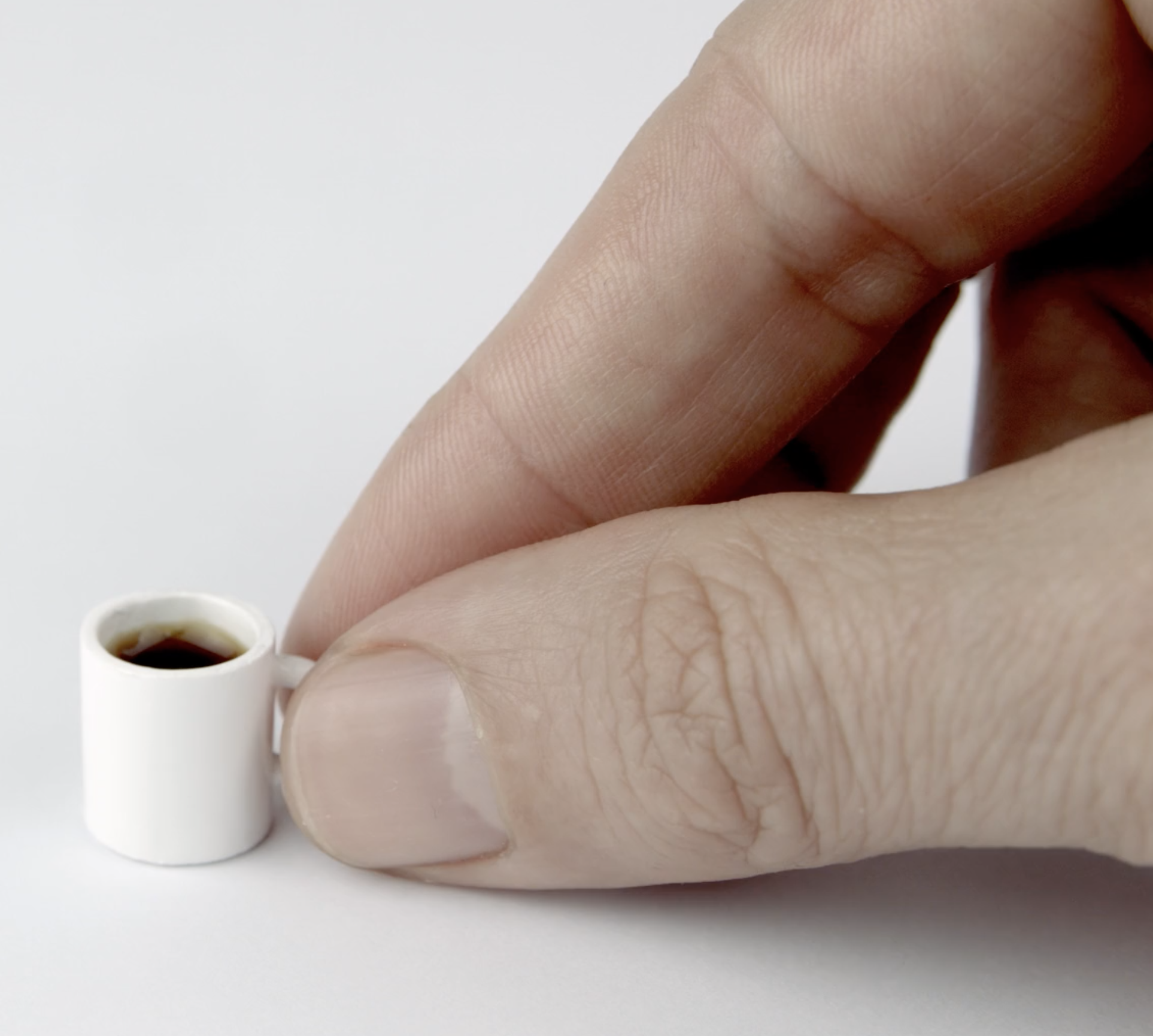 …asked director and animator Lucas Zanotto to brew a cup of coffee from a single bean. Using a nail file to create the grounds, Zanotto then boils water over a single tea light, and finally pours the freshly brewed java one drop at a time into a thimble-sized mug. The video has a direct relationship to recently popularized miniature cooking videos on Youtube, which have produced everything from miniature deep-fried chicken to tiny shrimp tempura. You can watch more of the Helsinki-based director’s videos on his Instagram and Vimeo, and take a look at Zanotto’s miniature coffee brewing techniques above….