Illustrator James R. Eads (previously) incorporates elements of Impressionism and fantasy in his colorful landscapes. The Los Angeles-based artist builds imagined worlds with vibrant, short brush strokes, often featuring exotic birds, half-sunken boats, and swirling star-filled skies. Eads shares with Colossal that he is deeply connected to music, which consistently influences his work. His personal passion translates to client commissions, as he has created imagery for dozens of bands ranging from The Black Keys and Leon Bridges to Jerry Garcia and Iggy Pop. “I’ve been really inspired by a lot of different things lately, including many worlds theory—the idea of… 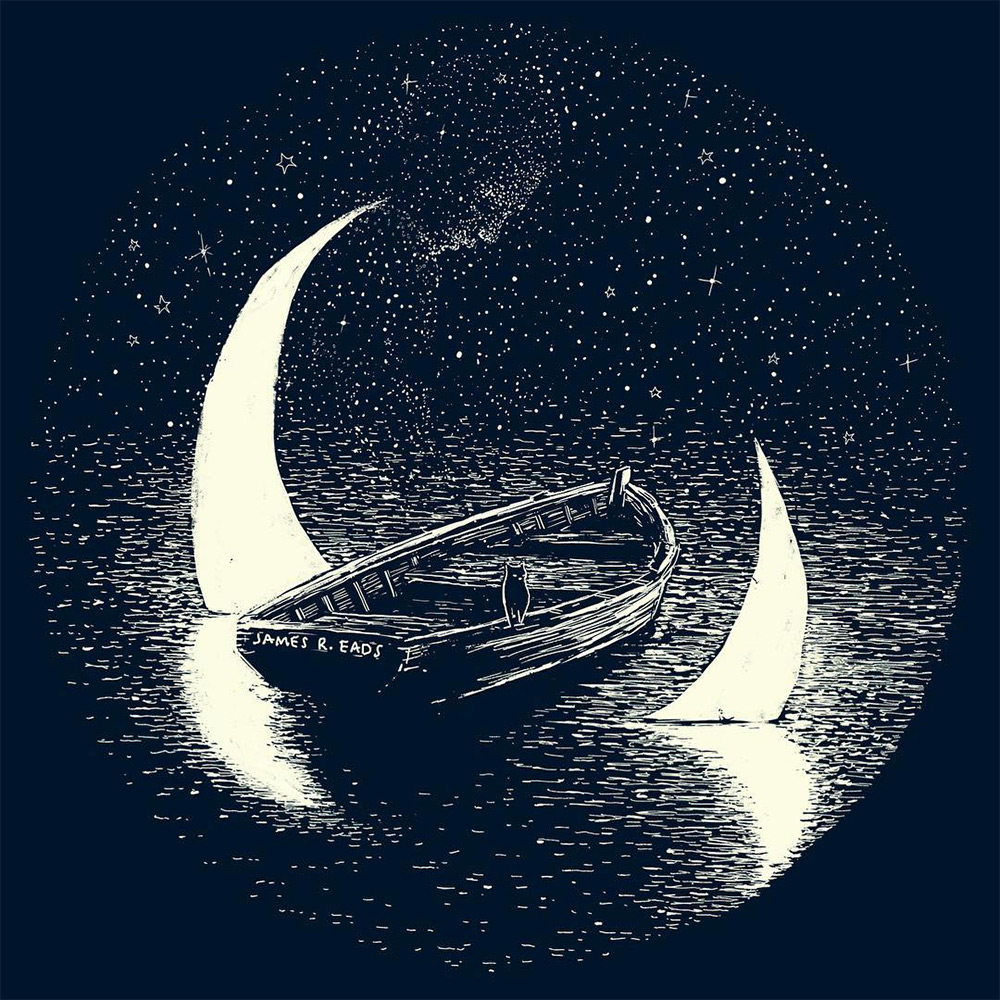 Exploring ideas of human connection and our relationships to nature, illustrator James R. Eads (previously) paints multicolored, psychadelic scenes that seem to pulsate with swirling patterns. Eads says his work is heavily inspired by music, and indeed the LA-based illustrator is constantly cranking out gig posters for the likes of the Foo Fighters, Dave Matthews Band, and Iggy Pop. Seen here is mostly a collection of person work from the last year, some of which are available as art prints. You can also follow him on Instagram…. 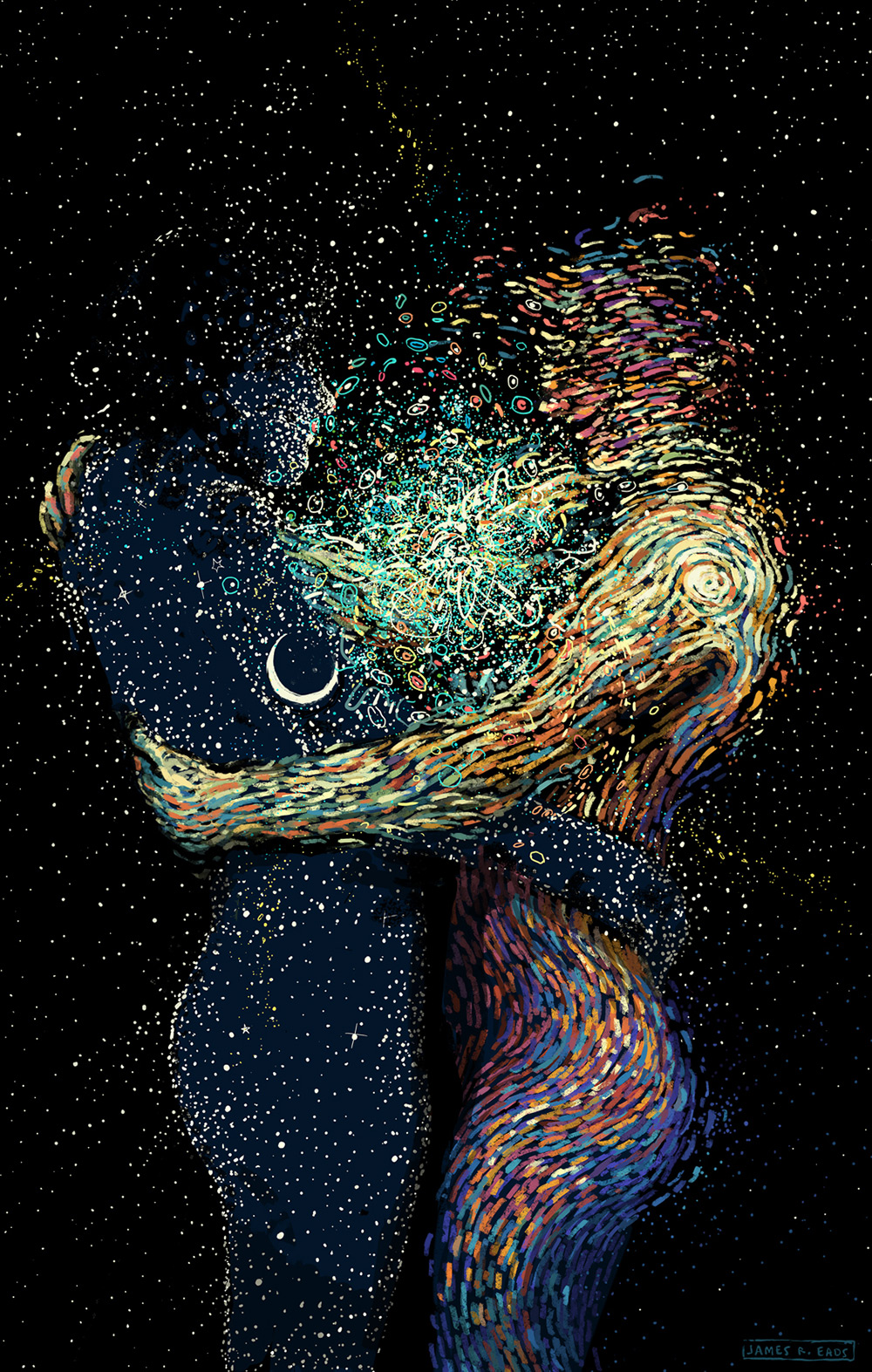 Multi-disciplinary artist and illustrator James R. Eads plays with motion and color to render harmonizing illustrations of people and nature. With swirling van Gogh inspired skies and percussive strokes of color, his style is well-suited for meditations on human connection and the relationships between humans and the natural world. He also makes pretty wicked gig posters. The LA-based artist lives and works at the The Brewery where his studio is open to the public during bi-annual art walks. You can follow his work on Instagram or Facebook, and prints are available in his shop….