Embroidery artist Cayce Zavaglia (previously) creates mesmerizing portraits of everyday people using cotton thread and wool. In this thoughtful video profile, Jesse Brass (previously) takes a closer look at Zavaglia’s process and speaks with the artist about her work. In their conversation, Zavaglia emphasizes the importance of seeing the beauty in ordinary life, and explains the symbolic significance of each portrait’s verso. She has a show of new works coming up in May 2018 at Lyons Wier Gallery in New York. Brass shares many more artist profiles on Vimeo.  … 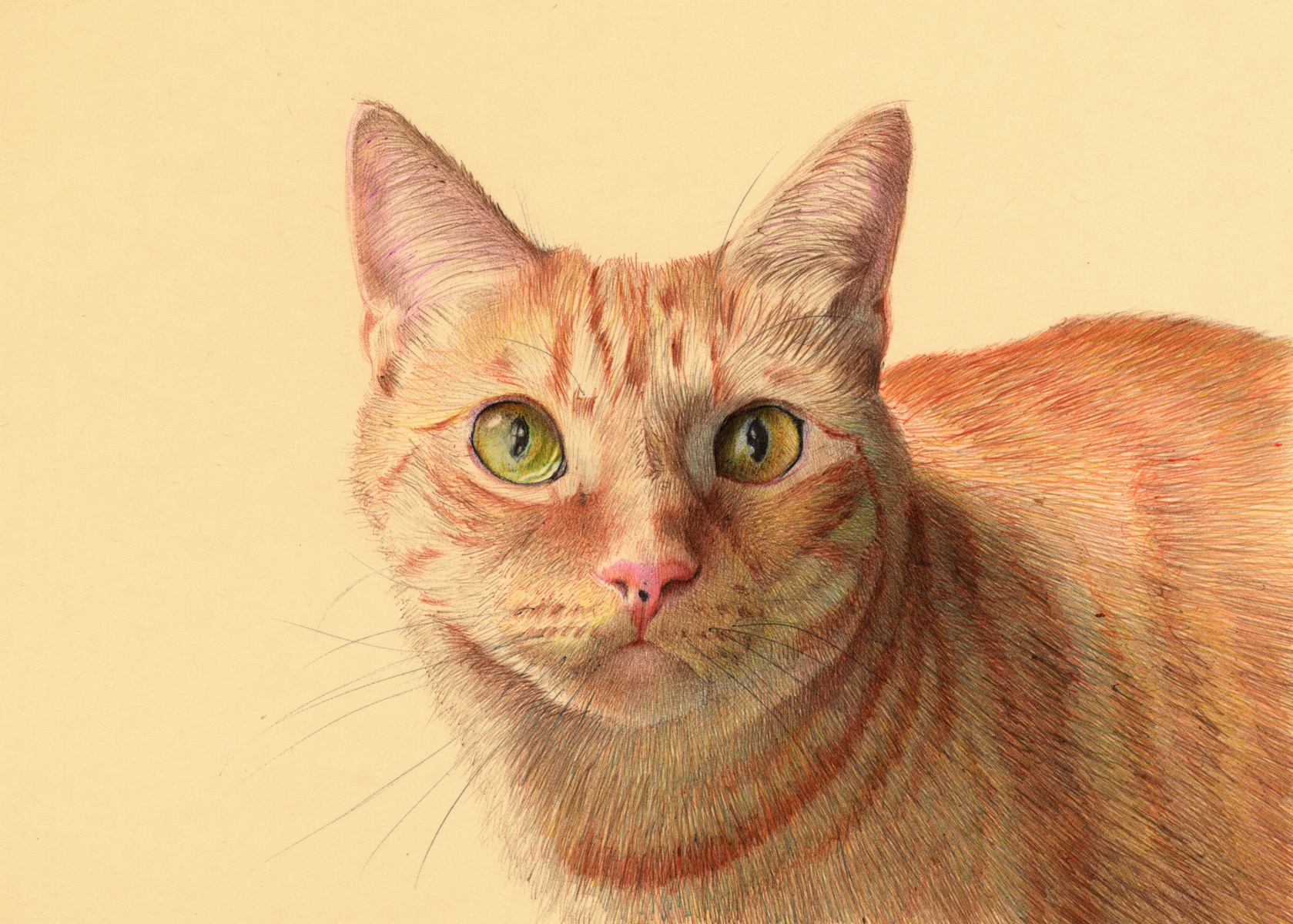 …the roots of his own identity, delving into a bi-cultural upbringing that spans from the American midwest to his family’s rural history in Mexico. In addition to his exacting pen work, Sanchez is also a painter and works in a distinct style that’s quite different from his ballpoint pen sketches. The sketchbooks help him work through ideas to determine if they eventually meant for a larger canvas, or if they’re meant to exist only in the pages of a book. Filmmaker Jesse Brass recently sat down to talk with Sanchez in his New York studio for this interview entitled Resolve…. As part of his ongoing Making Art series, filmmaker Jesse Brass sits down with artist Zaria Forman (previously) who discusses the inspiration and intent behind her giant pastel drawings of icebergs and ocean waves…. 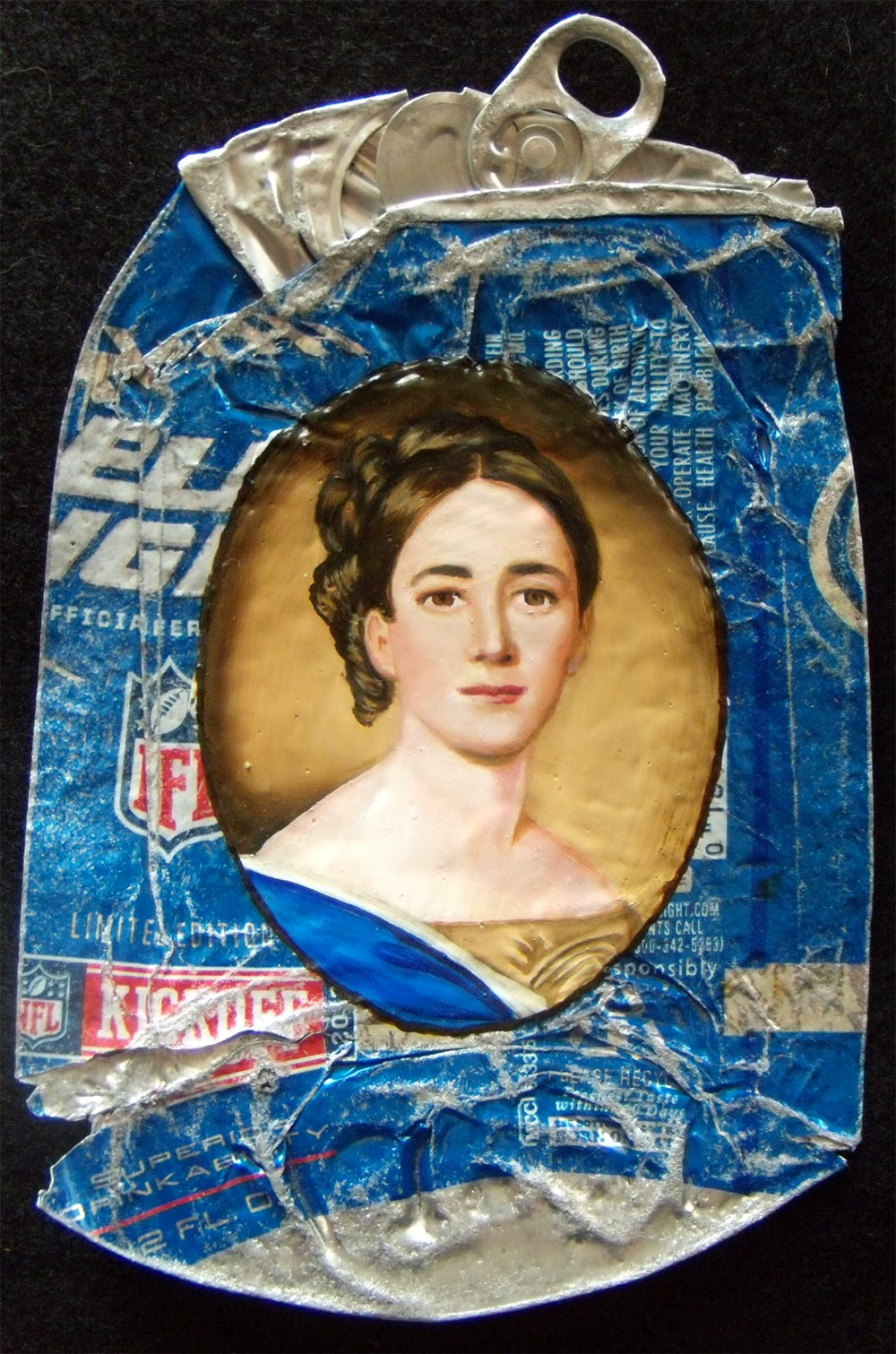 …in the South out of frustration with some of the prevailing ideologies, in particular, class distinction. This ideology seems to be based on a combination of myth, biased history and a bizarre sentimentality about old wars and social structures. With the juxtaposition of the portraits from museums, once painted on ivory, now on flattened trash like beer cans and fast food containers, the artist sets out to even the playing field, challenging the perception of the social elite in today’s society. Filmmaker Jesse Brass recently caught up with Alsbrook to interview her for his Making Art series. Watch it above…. 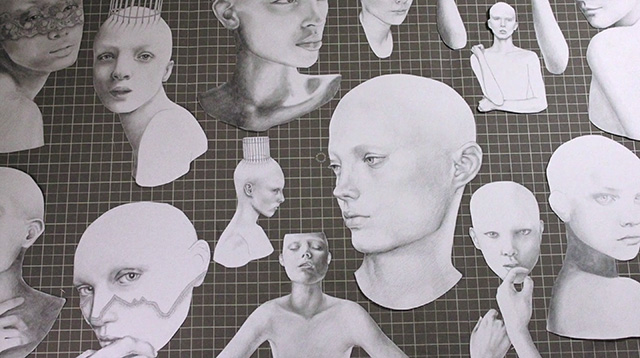 And we have another great documentary short today. Meet Toronto-based artist Christine Kim whose recent artwork explores intersections between illustration, cut paper collage, and architecture. The video above is part 10 of an ongoing series of top-notch artist interviews conducted by filmmaker Jesse Brass called Making Art….