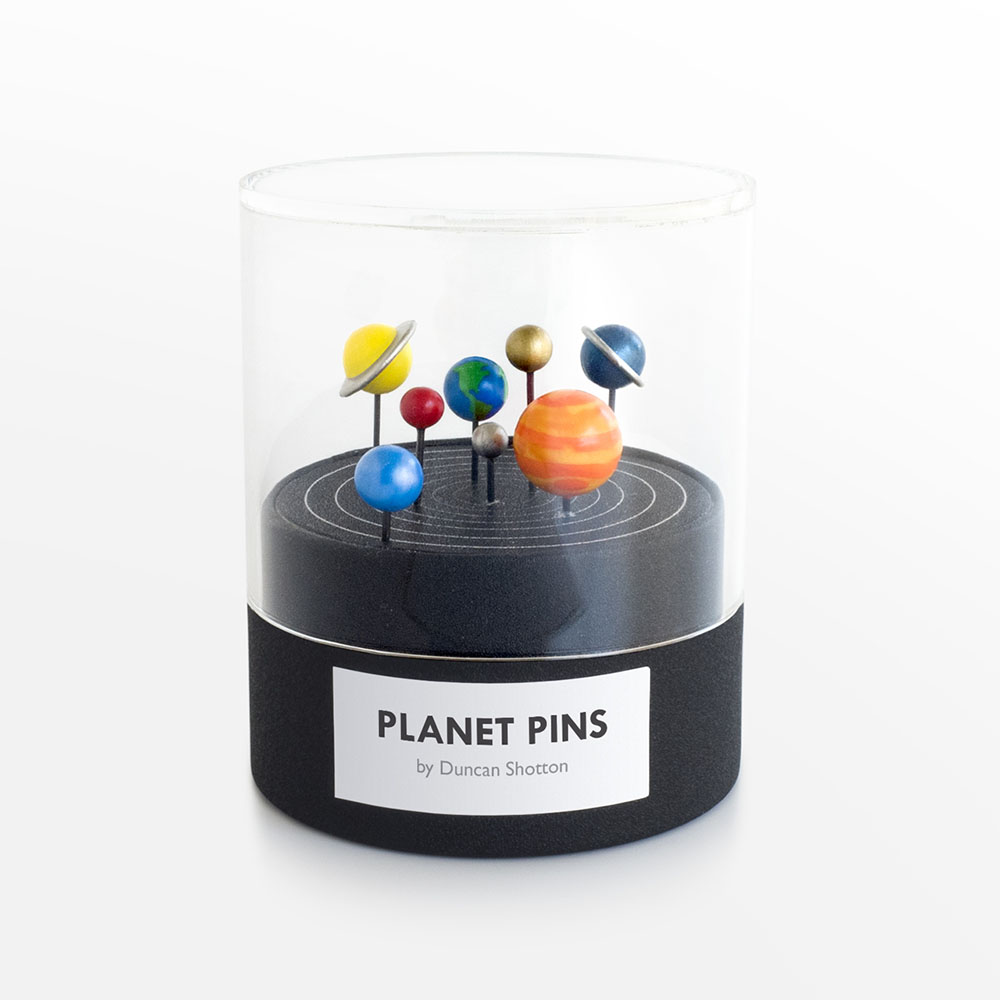 Tokyo-based industrial designer Duncan Shotton (previously) is known for his unique approach to houseware and stationery design, where he takes common objects from pencils to bookmarks and conceives of a novel twist. His latest creation is a series of push pins designed to look like the solar system called Planet Pins. The set includes the 8 planets (sorry Pluto fans) and an optional moon pin cast in concrete. Planet Pins just launched on Kickstarter and 100 sets are available as a signed limited edition….

Rainbow Pencils Made of Recycled Paper

Tokyo-based designer Duncan Shotton, known for his whimsical functional objects like the magnetic cloud keyholder and his Lochness monster pins, just launched a Kickstarter Project for a new kind of pencil that makes rainbows when you sharpen it. Each pencil has a 6-layer rainbow core of recycled paper (not wood) and either a white or black exterior. Shotton says the pencils will ship before Christmas….