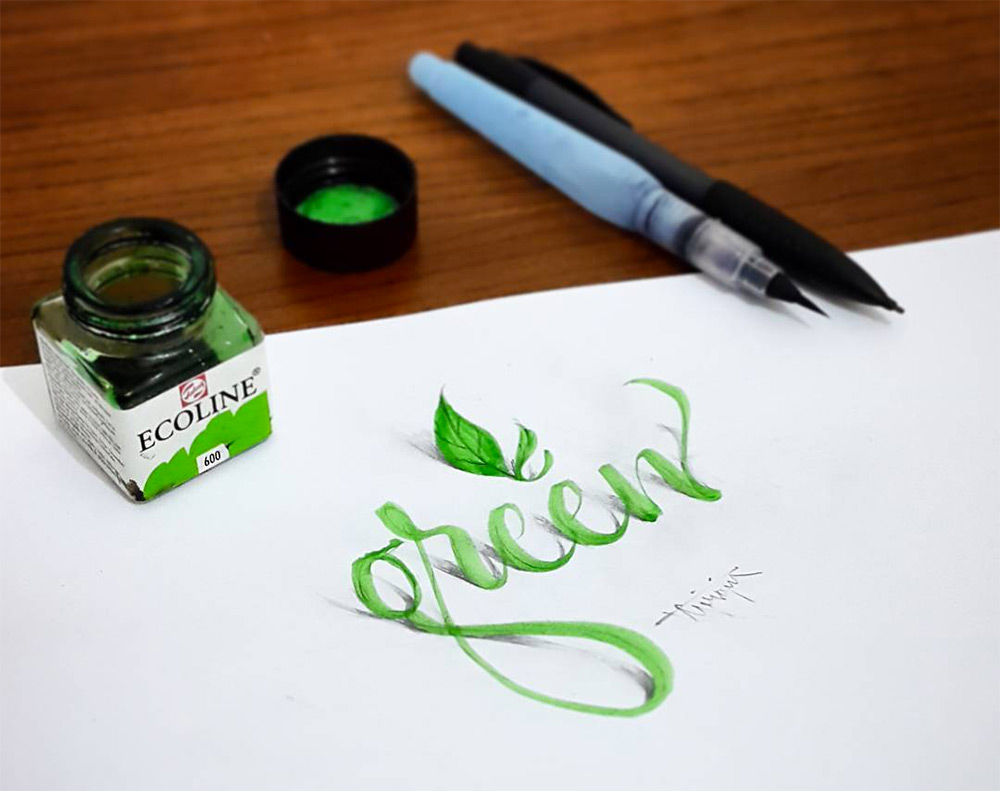 Istanbul-based graphic designer Tolga Girgin (previously) continues to experiment with 3D calligraphic letterforms by adding shading and photographing his pieces from just the right perspective. The effect is uncanny as the logos, words, and figures seem to curl up and hover just above the page of his sketchbook. See more by following along on Instagram…. Turkish graphic designer and electrical engineer Tolga Girgin continues to experiment with calligraphy that seems to jump off the page. Girgin uses shading, shadows, and different forms of perspective to create three-dimensional letters that float, stand, drip, and slant. You can see more on Instagram and over on Behance. (via Lustik)… 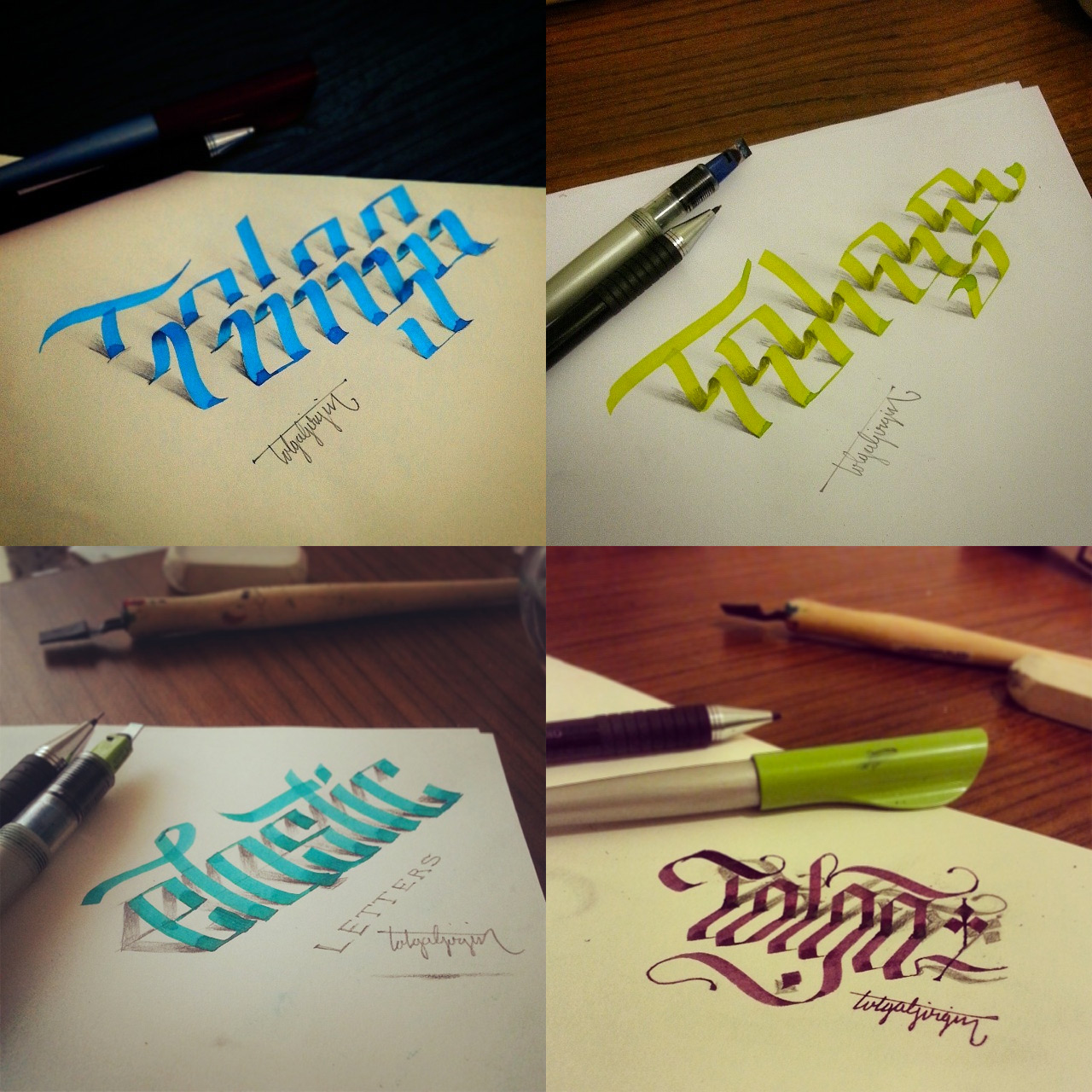 I just stumbled onto the Instagram account of Tolga Girgin, a Turkish graphic designer and electrical engineer who experiments with calligraphy. His latest pieces involve a number of 3D lettering pieces that use shadow and perspective to make it appear like the letterforms are lifting off the page. Very cool….