The French masterminds of mechanical delight, Les Machines de L’ile, have an ambitious new project underway. L’Arbre aux Hérons (The Heron’s Tree) is set to be the largest hanging garden built since ancient Babylon, spanning over 160 feet in diameter and reaching 114 feet into the sky. Their Nantes-based team describes the historic muses behind the project:

Inspired by the worlds of Jules Verne and Leonardo Da Vinci, it is an unprecedented artistic project. After the Grand Elephant and the Machine Gallery in 2007, the Carousel of the Sea Worlds in 2012, the Herons’ Tree is the third phase of the Island’s Machines. Coming out of the minds of François Delaroziere and Pierre Orefice, it will be located along the banks of the Loire River, a few meters away from the house Jules Verne spent his teenage years in and where Jean-Jacques Audubon grew up and drew his first herons.

Les Machines de L’ile have been working on The Heron’s Tree since their inception in 2007, and in the spirit of democratic discovery, their team of skilled craftspeople have been sharing the prototypes with visitors to the Machine Gallery. The sketches and mock-ups for the project include a giant steel tree topped with two herons that each carry twenty passengers on circular flights. Half of the tree’s twenty-two branches can be traversed on foot by visitors, and all of the branches will support hanging terraces of plants and gardens to create a lush ecosystem. The tree itself will be set in an old granite quarry on the cliffs of Brittany.

The goal is to open The Heron’s Tree in 2022, and two thirds of the 35 million euro project cost is being covered by public funding. Les Machines de L’ile is seeking to fund the rest through crowdfunding: you can contribute via Kickstarter. You can also track the project’s progress on Facebook. There is perhaps no other director who can blur the lines between art and advertising like director Spike Jonze. From his 2016 hit dance video for KENZO perfumes all the back to his early ads for Levi’s, the Oscar-winning director has an extraordinary ability to present contemporary dance against stunning visual backdrops. Enter his latest short for Apple HomePods: Welcome Home featuring English musician and dancer FKA twigs rocking out in her apartment to a new Anderson .Paak track called ‘Til It’s Over.

It appears the 4-minute short was filmed largely using practical special effects to create colorful sets that stretch out like a skewed digital glitch. Mum’s the word on exactly how Jonze filmed the piece, but we’re sure to hear more in the coming days about how exactly it all came together. (via Adweek) Late last week, a bitter cold snap that swept across the U.S. brought temporary chaos to Chicago’s south loop when a sprinkler system failed atop a 21-story hotel and storage facility. Water cascaded down a fire escape and quickly froze into a tower of ice. Street art photographer Andrew Hickey stopped by and captured some shots of the amazing sight before it was cleared up a few hours later. 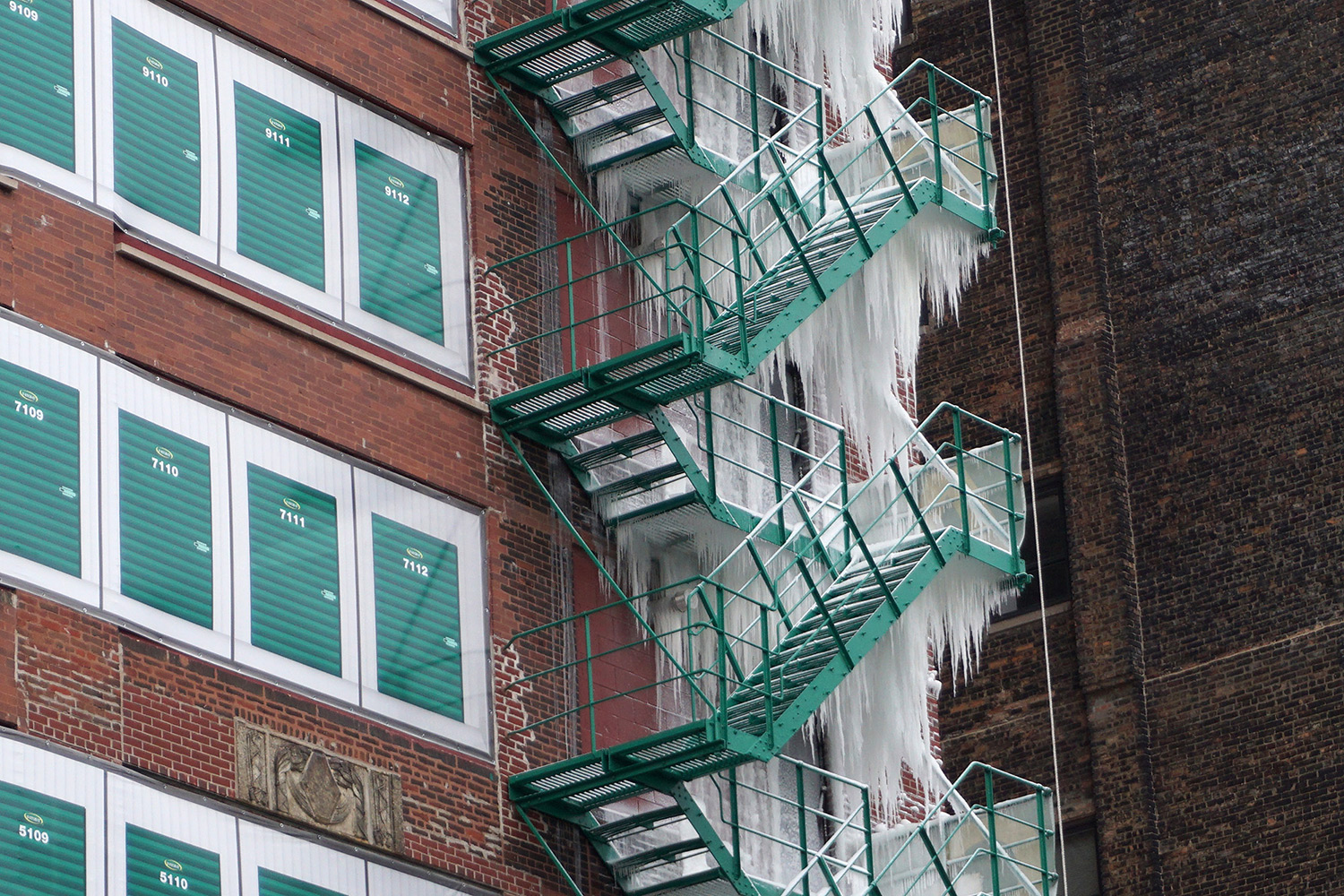 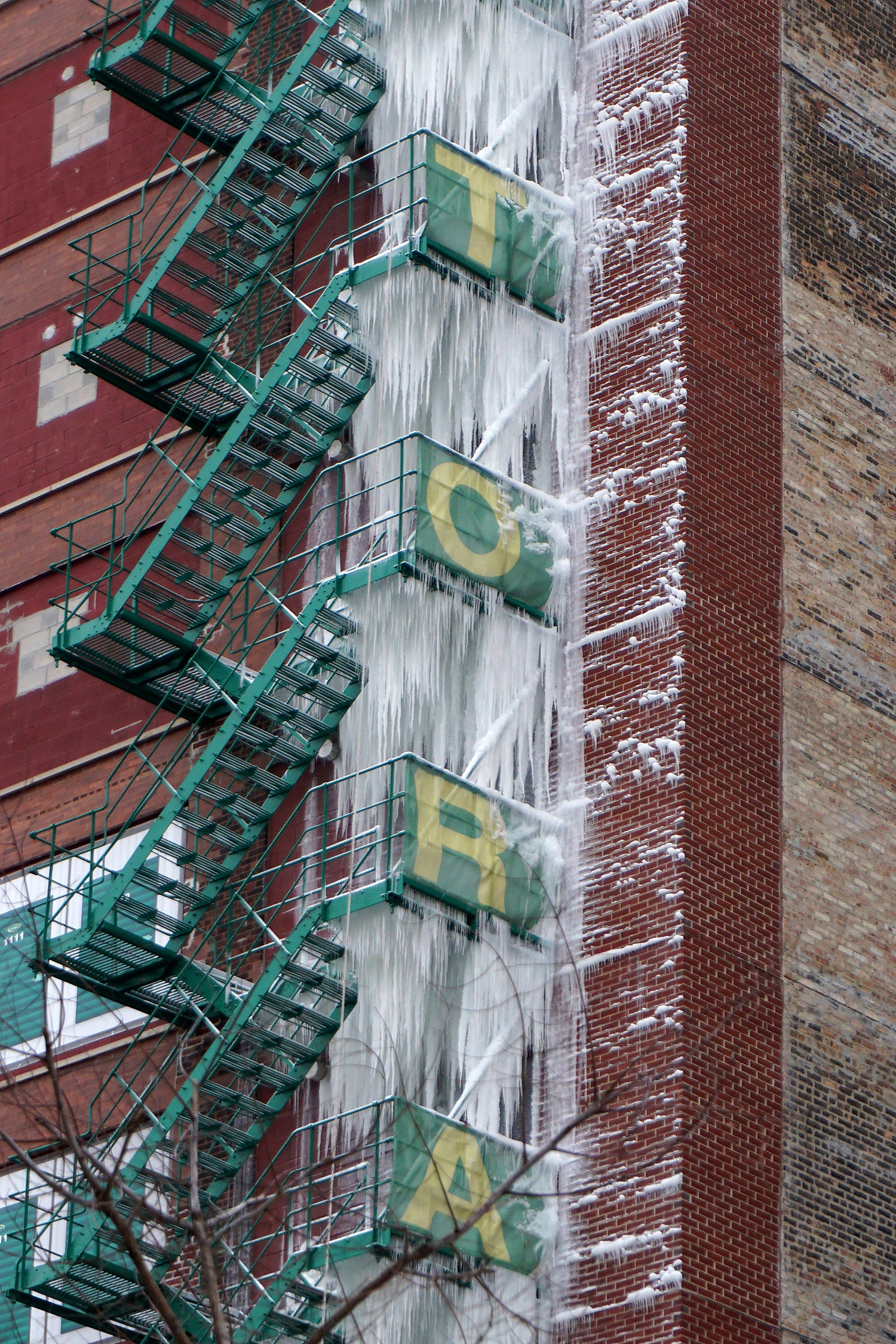