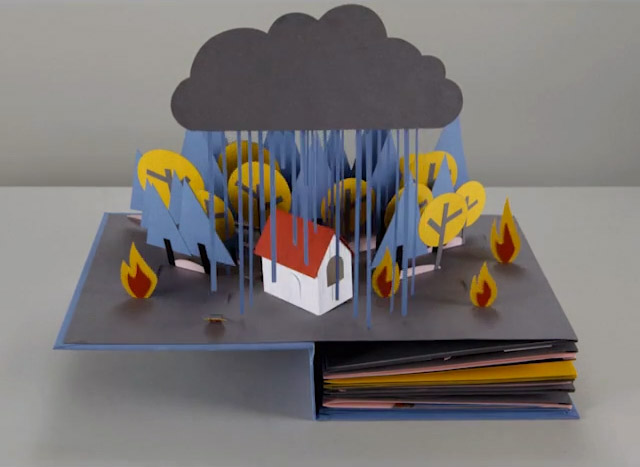 Sit back, turn up the volume and set this video to full-screen. Behold the lastest stop motion music video from animation duo Katarzyna Kijek and Przemysław Adamski (previously here and here) for Japanese singer-songwriter Shugo Tokumaru. The video was launched just this morning courtesy of Pitchfork and features a brilliant, continuous parade of what must be thousands of cut paper and foam core silhouettes set to Tokumaru’s quirky track Katachi.