A Chocolate Zoetrope at the Phillip Island Chocolate Factory Stop by the Phillip Island Chocolate Factory near Melbourne, Australia and you’re likely to encounter this tasty zoetrope made almost entirely of chocolate. A zoetrope is a device that creates the optical illusion of motion using rapid succession of static pictures or objects, several of which you can see right here on Colossal, including one made out of cake! (via laughing squid) 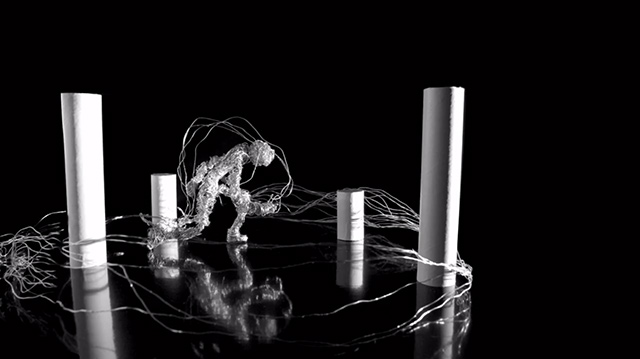 Last year I featured a number of amazing gifs from Istanbul-based artist Erdal Inci (previously) who clones sections of video to create hypnotic animated loops. His work has since popped up all over the web and will soon find its way into a gallery space. Above are some of his latest clips depicting numerous copies of Inci himself parading through the frame like a cloned robot army, though he also flashlights to create even more complex effects. If you happen to be in Italy you can catch his work firsthand at Action Gallery in Milano on May 25 and in Naples on May 30.