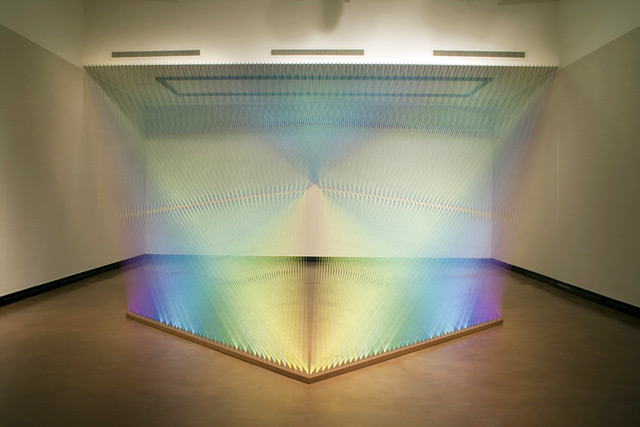 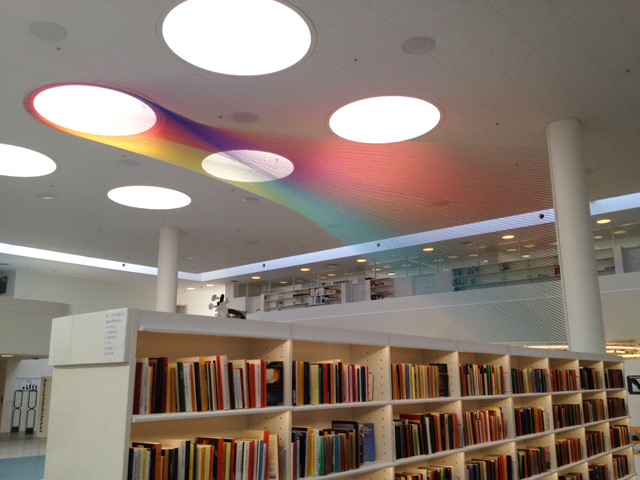 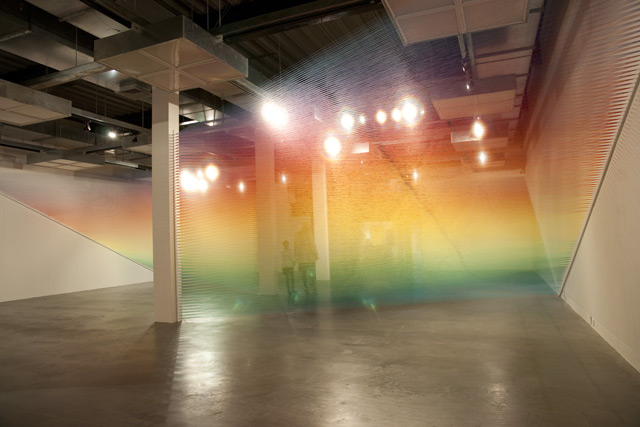 Dallas-based artist Gabriel Dawe (previously here and here) creates colorful site-specific installations using bright gradients of suspended thread. Above is a small selection of his work over the past year as part of his Plexus series. Despite the geometric precision in each installation, it’s fascinating to see how some works become sort of amorphous clouds of floating color, and I’m sure seeing these on a computer screen hardly compares to seeing them up close. See much more on his website.