Take a few steps back or perhaps just squint your eyes and these images by artist Yao Lu might resemble traditional Chinese landscape paintings of cliffs, waterfalls, and mountains. Look a bit closer and your perspective may change. Lu digitally assembles each of her images using photographs of landfills and other aspects of urbanization draped in green mesh to mimic idyllic scenery. Similar to the recent work of Yang Yongliang featured on this blog just last week, Lu seems to be making a thinly-veiled commentary on the encroaching ecological threat of urbanization. See much more over at Bruce Silverstein Gallery. (via beautiful decay) 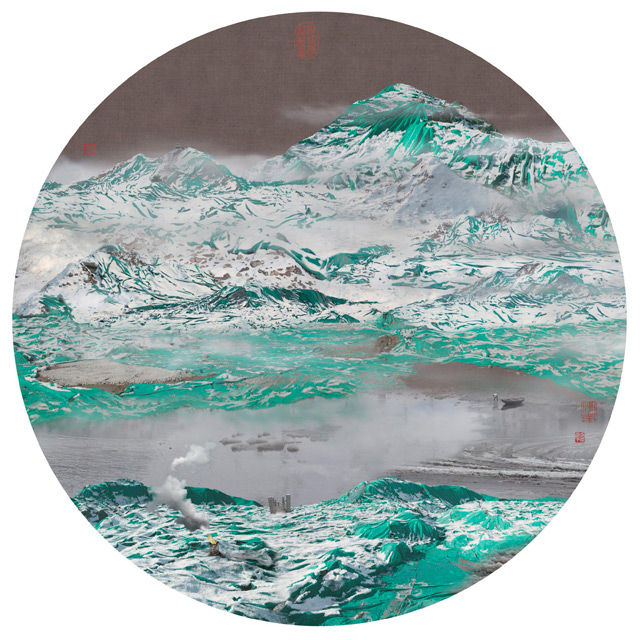 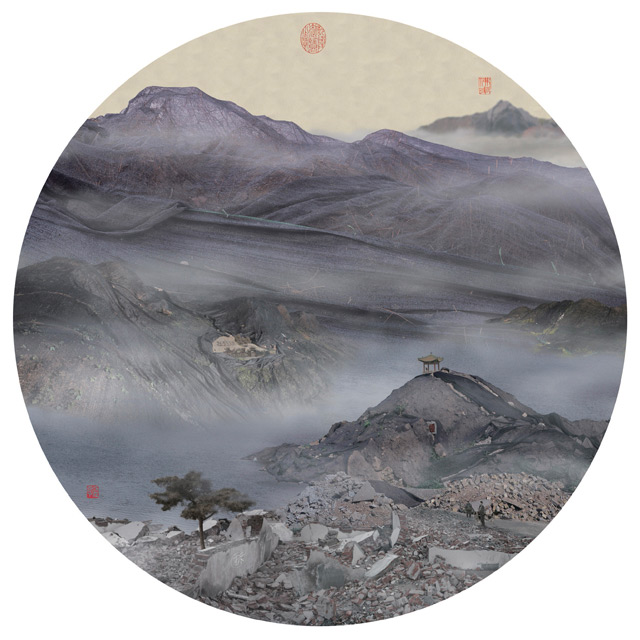 Artist Vik Muniz (previously here and here) has three new works made from gold scrap metal that will be on view as digital prints at the Armory Show in New York starting March 7th, 2013 through Rena Bransten Gallery. Muniz is known for creating images using multitudes of discarded objects and trash, and you may have seen his work in the 2010 documentary Waste Land.

Side note: for the first time ever the Armory Show has partnered with Artsy to offer a gorgeous full-blown preview of the fair featuring hundreds of works in beautiful high-definition. For those of us who can’t make it to many of the art fairs, more like this please? (via hyperallergic)