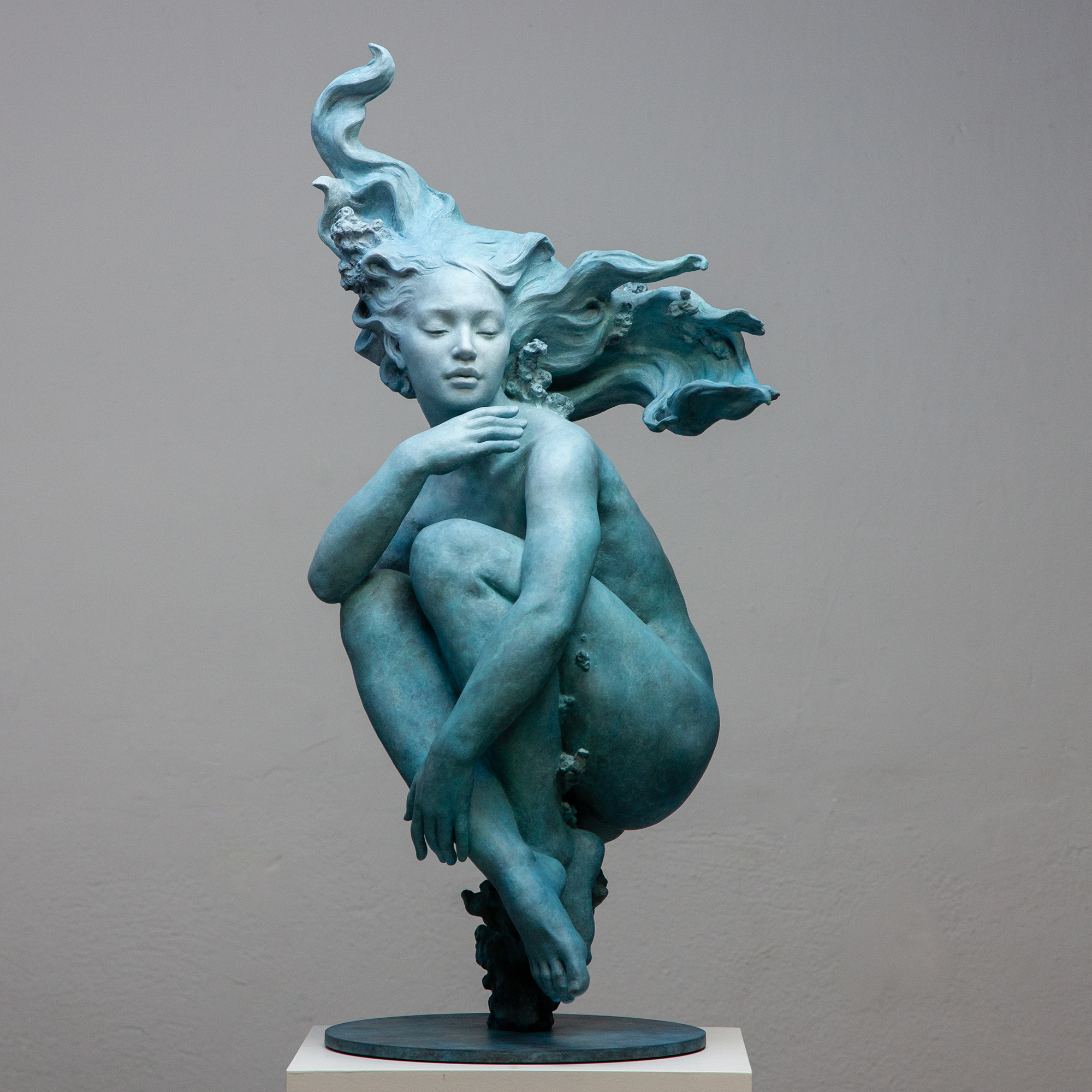 At the center of Coderch & Malavia’s artistic practice is the beauty of the human figure and its various expressions. The Valencia-based duo works collaboratively to cast bronze sculptures that explore the nuances of the body through dance-like movements and distinct gestures. Natural details like golden branches and feathered wings embellish many of the heavily patinaed works, Coderch & Malavia share, to evoke themes from classic literature, theater, photography, cinema, and ballet. “The human being is three-dimensional,” they say. “Probably that is the main reason why we are attracted to sculpture. It is the closest artistic representation of ourselves.”

After a discussion on intentions for a new project, the pair generally works with a live model to help the sculpture take shape. “The complicated part is organizing and sharing the physical creation of the work itself because you need double discipline,” they say. “You must learn to trust your partner and be able to share your ideas and your work with him, and, above all, you must put your ego aside in order to stay equal to commit to the final result.”

Get a glimpse into Coderch & Malavia’s process on their site and Instagram, where you can also follow their upcoming exhibitions. In a powerful interpretation of Elizabeth Eckford’s historic walk to school in 1957, dancer Kendi Jones moves gracefully along a sidewalk. “The First Day” is shot in black-and-white to mimic the iconic photographs of Eckford as she passed through crowds of angry White students, teachers, and community members on her way into a formerly segregated school. Eckford was part of the Little Rock Nine, a group of Black students who were the first to integrate Central High in Arkansas’s capital. They were initially barred from the institution until an intervention from President Dwight D. Eisenhower.

Directed by Barnaby Roper, the short film captures Jones’s elegant movements and freezes them in time. As she shifts into her next position, a bit of her form appears left behind like a cloud of particles. To watch more of Roper’s experimental projects, head to Vimeo.