Siqi Song reminds us that the simple traditions of home stick with us no matter how far we travel. The Los Angeles-based director and writer, who created the highly regarded animation “SISTER” about China’s one-child policy, released a new stop-motion short about a girl who struggles to hold on to the remnants of a prized holiday ritual.

“THE COIN” opens with a felt character hand-making dumplings to celebrate the Chinese New Year. A silver dollar is hidden inside one of the pork-filled pockets, and according to tradition, “whoever eats the dumpling with the coin would have a blessed year ahead.” The fiber-based animation then follows the little girl as she grows up and leaves home for Los Angeles, where she loses her cherished coin collection and desperately searches for a new one.

Song shares behind-the-scenes shots on Instagram, in addition to making-of videos and full animations on Vimeo. “THE COIN” also has a dedicated account that shares updates on the short film’s awards. Los Angeles-based designer and stylist Alana Jones-Mann (previously) pipes thick buttercream onto her layered cakes, creating pastries that are closer in resemblance to lush floor coverings than typical birthday fare. From high-pile, ornate sheets to vibrant geometric rounds, the pointillist-style cakes often have a retro aesthetic that evokes either classic shag rugs or the psychedelic, wall-to-wall carpet popular in the 1970s.

To try your hand at similarly luxuriant frosting, Jones-Mann shares a range of DIY projects and glimpses her process on Instagram. (via This Isn’t Happiness) Circular Paintings Expose the Fleshy Innards of Halved Oranges, Pomegranates, and Other Fruits Using round canvases with a range of diameters, Alonsa Guevara deftly paints the plump, juicy insides of oranges, watermelon, and other fruits. Each circular piece depicts a seemingly perfect slice down the middle, capturing the fibrous veins and central seeds found within fresh produce.

Guevara spent her childhood in the Ecuadorian rainforests surrounded by tropical landscapes and nearby agriculture, an experience of nature that influences her artistic practice. The Chilean artist, who lives in New York City, began fruit portraits in 2014 as she reflected on her adolescence and thought of creating a body of work that felt universal.

“Immediately I thought of fruits; they are everywhere and have been present as an essential part of evolution and as symbols throughout human history,” Guevara shares with Colossal. “I decided to paint the fruits cut open, revealing their insides, recreating and depicting all the incredible patterns, seeds, and infinite information they carry, which many people take for granted.”

Now an extensive series with dozens of paintings—the artist creates both miniatures that are as little as 1.5 inches and larger works spanning 30 inches—Guevara considers the collection a representation of desire and fertility, in addition to death and decay. “These fruits of the earth can be delicious/poisoning, juicy/rotten, real/imaginary,” she says. No matter the type, though, every work is painted to elicit a sensory response.

A limited print series of Guevara’s orange, kiwi, and pomegranate will go on sale on October 21 on Her Clique, a new platform dedicated to promoting women’s art, with a portion of the proceeds donated to a program for low-income international students at The New York Academy of Art. Explore the full series of fleshy fruits on Guevara’s site, and stay up to date with her work on Instagram and Artsy. 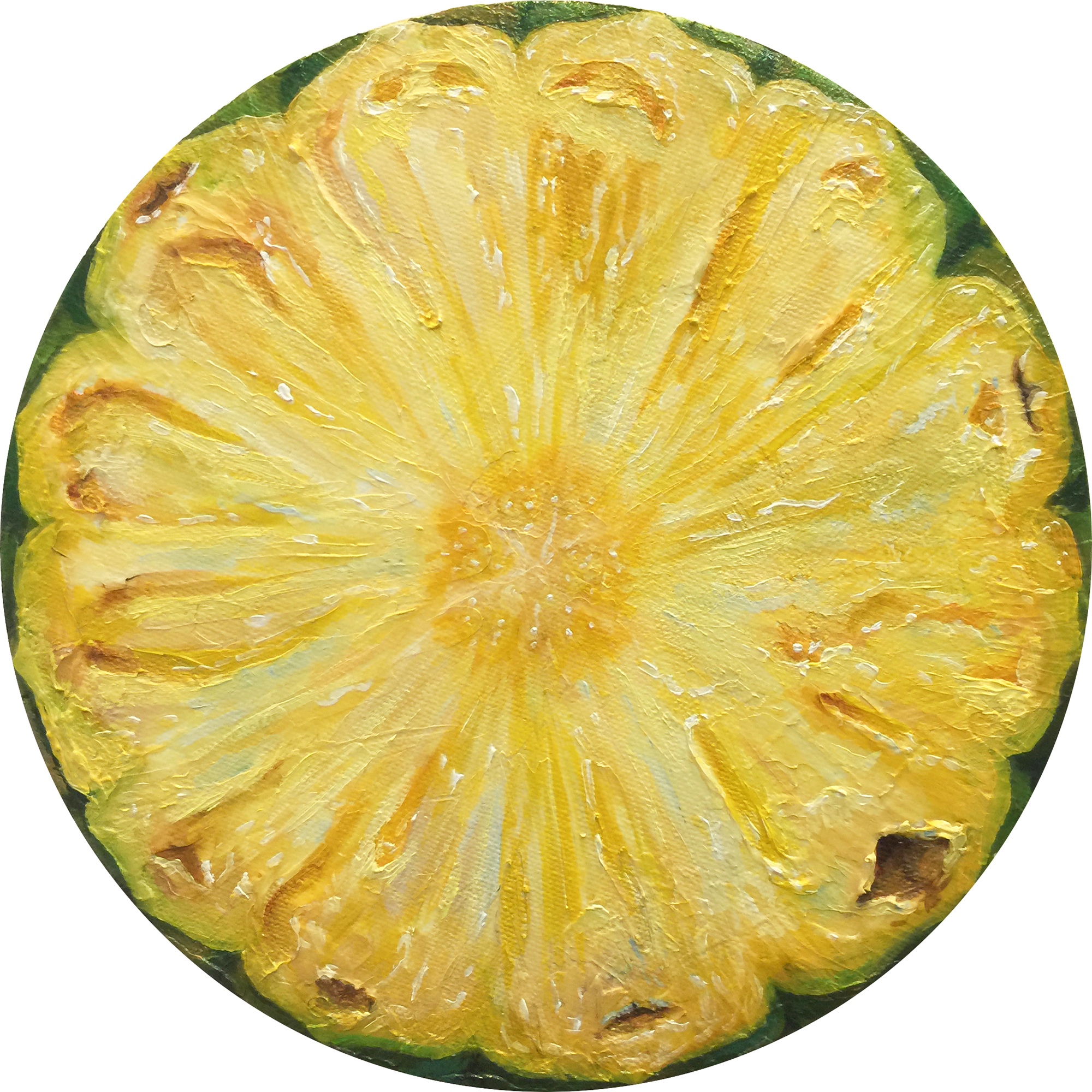 You’d be hard-pressed to find a better pairing for the flood of sourdough loaves baked in recent months than a pat of butter, and perhaps a tour of Le Beurre Bordier will inspire the next craze for ambitious home cooks. Claudia Romeo, a journalist with Food Insider, meets with artisan Jean-Yves Bordier to document the processes of French butter making at the Bordeaux shop, revealing the slow and luxurious methods of manufacturing the milky staple.

Le Beurre Bordier is dedicated to 19th-century practices, including using a wooden malaxage, a large grooved wheel, to churn the substance and extract excess water. Workers knead the butter by hand, constantly slicing it with their fingers and turning it over and over, before shaping it into miniature cones and stamped cylinders. The entire process is measured and manual, similar to the laborious nature of baking bread from scratch.