Now a group of filmmakers, producers, and photographers are trying to tell the story of the orchestra through a documentary titled Landfill Harmonic. The orchestra seems poised to offer many of the children opportunities outside of the slum— they are already planning a multi-city tour around the U.S. The movie is currently being funded on Kickstarter and just passed the halfway mark today. Watch the video above and you can learn more over on their Facebook.

A Duet for Leaves & Turntable 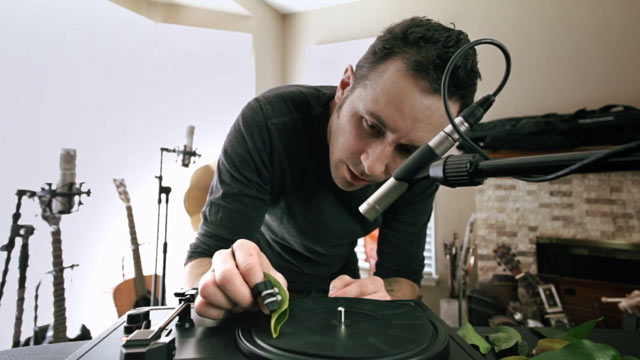 Composer and sound artist Diego Stocco released a brief clip today featuring his experiments with a new turntable and a few freshly gathered leaves. Leaves! More specifically all bass, kick and snare sounds heard in the video were made by alternating the leaf type, angle, pressure as it was applied against the turntable. If you’re unfamiliar with his work, Stocco is known for sampling audio from nature and other unexpected instruments in order to remix and modify them into music. My favorite piece is still Music from a Dry Cleaner.