Artist Rogan Brown (previously) recently completed work on this new cut paper sculpture titled Cut Microbe. Four months in the making, the piece is a continuation of Brown’s exploration of the human biome and was inspired by the form of salmonella and ecoli bacteria (this 44″ sculpture is about half a million times bigger than the real thing). The sculpture will be on view this May as part of a commission by the Eden Project in the UK. You can see more of Rogan’s work on his website.

This Humidity-Powered Seed Plants Itself by Drilling into the Ground

Now in contention for the world’s most incredible seed, I give you the seed of the Erodium plant. Powered by humidity, the seed falls to the ground and turns clockwise when wet (or counter-clockwise when dry) to effectively drill itself straight into the ground like a screw. The process here is sped up a bit, but it doesn’t appear to be edited or reversed. (via The Awesomer) It’s been a year since we last stumbled onto these embroidered germs and microbes by Alicia Watkins (previously). Her comprehensive menagerie of microbial maladies has grown extensively. You can see much more in her shop. 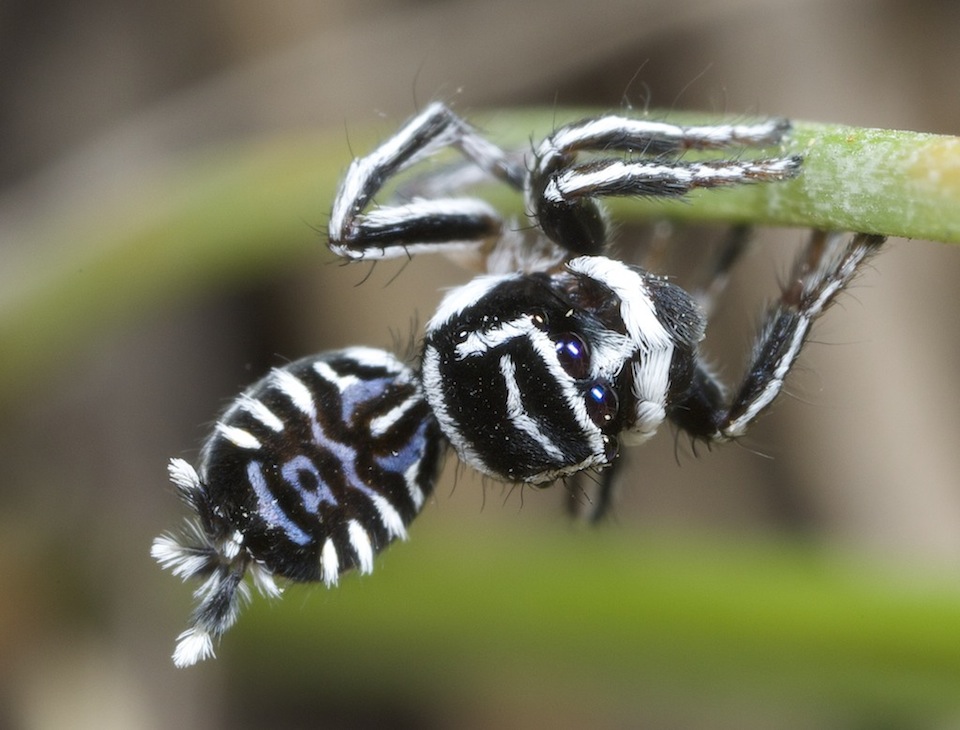 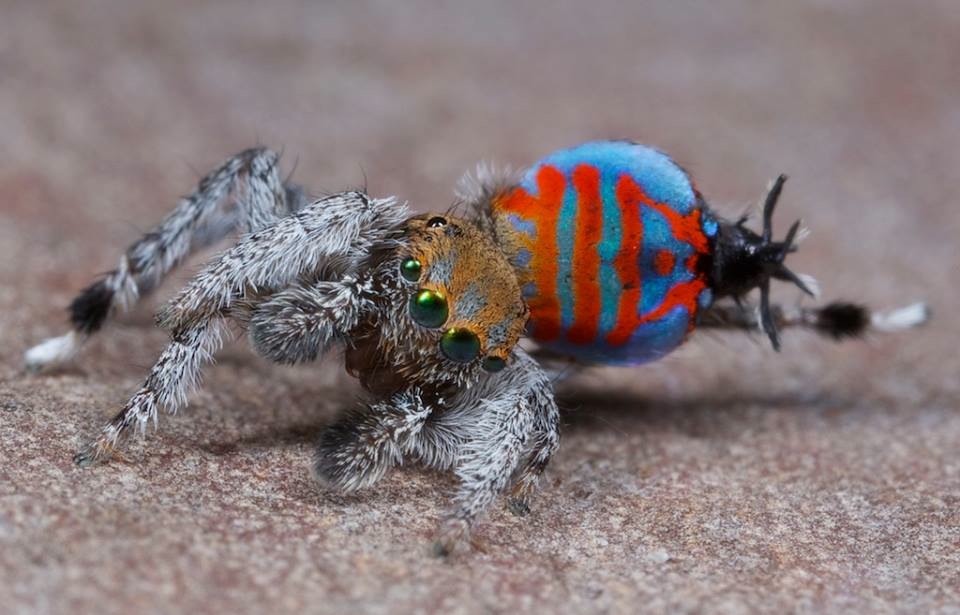 Two new species of peacock spiders have been discovered in southeast Queensland, Australia—one appearing with vivid reds and blues while the other’s details exist in stark black and white. Peacock spiders, named after their bright patterns and dancelike courtship, measure in at just under 0.3 inches. Madeline Girard, a graduate student at UC Berkeley, discovered the two species while in the field, nicknaming the brightly colored spider “Sparklemuffin” and the other “Skeletorus” after its bonelike pattern.

Jürgen Otto, an entomologist who specializes in photographing the arachnids said Skeletorus, officially named Maratus sceletus, is completely different than any peacock spider previously discovered. “Despite the large number of species we have discovered just in the last few years, I can’t help feeling that we may have just scratched the surface of this most exciting group of spiders, and that nature has quite a few more surprises in store,” Otto told Live Science. You can read more in depth about these colorful arachnids in Live Science’s article here. (via My Modern Met)