Banksy recently updated his website with a number of new works that have been making the rounds the last day or so. My favorite new artwork is this simple piece depicting a spray-painted ballerina delicately traversing the string on the back of a picture frame like a tightrope. What fun and thoughtful execution. (via the fox is black) 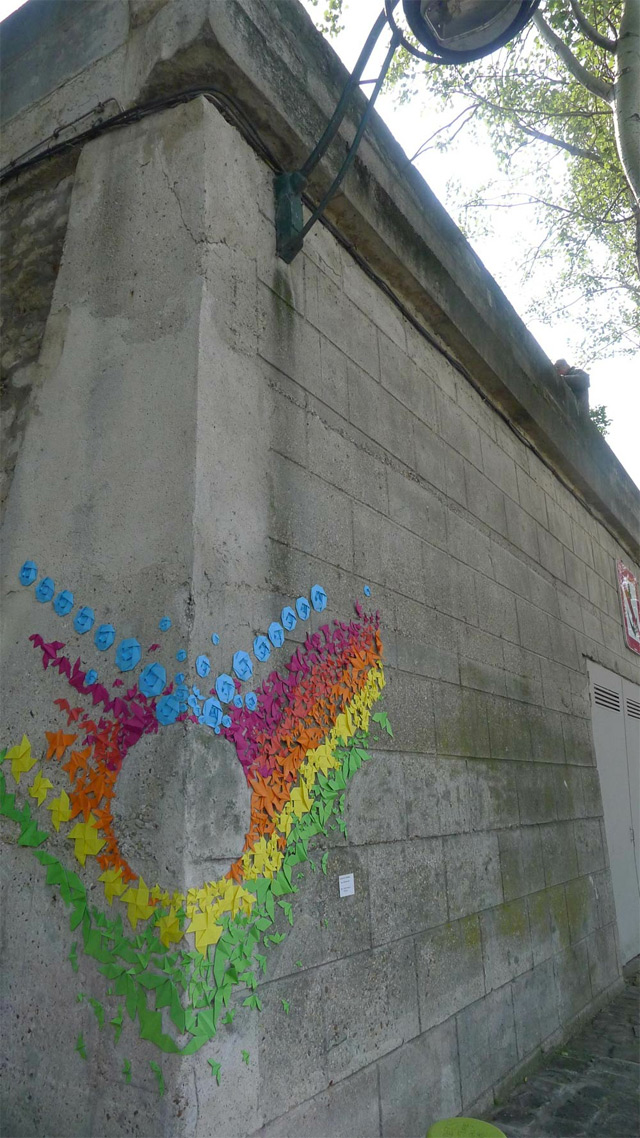 Some fresh new street art out of Paris today by french artist Mademoiselle Maurice who creates stunning geometric figures on urban surfaces using rainbows of folded origami figures. If you like this, don’t miss these paper geodes by Paige Smith.