Photographer Lee Eunyeol constructs elaborate light installations that appear as if the night sky was flipped upside down with glowing stars and planets nested inside tall grass or between deep earthen cracks. Though Lee does not have a website I can quote his artist statement I received via email:

Starry night expresses private spaces given by night and various emotions that are not able to be defined and described in the space. I’ve chosen analogue type for the expression which attempts to install electric bulbs in an objet to be expressed using back space of night by taking advantage of huge studio. There are two spaces in photographs. One is a space before electric bulbs of familiar landscape are installed and the other is a space after electric bulbs expressed by dispersing personal emotion are installed. Unified light from these two spaces generates a mysterious landscape.

Eunyeol will be showing this series of photos at the Gana Art Space in Seoul starting this week. If you liked this, also check out the work of Barry Underwood. 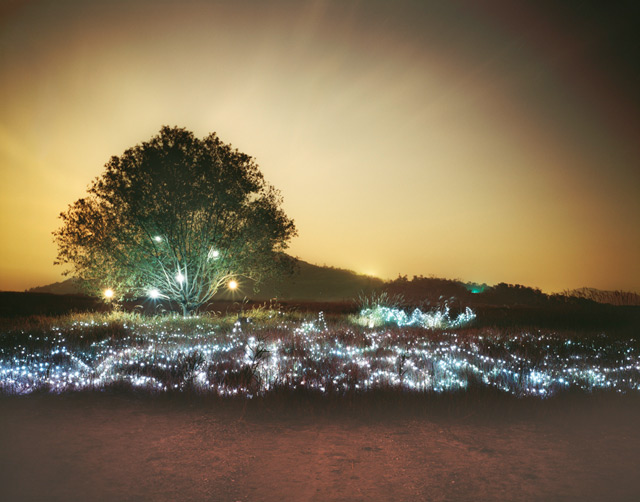 I’m really enjoying some of these urban installations by street artist Filthy Luker. His art attacks are fantastic as well as this huge collection of anthropomorphic objects called Street Life. I just stumbled onto these beautiful collages by Princeton-based artist Erika Iris who deftly reconfigures sheet music to create portraits and other illustrations. The Beethoven and MLK pieces are especially wonderful, but don’t miss some of her other works with paper or her portraits made from cassette tape and old film. 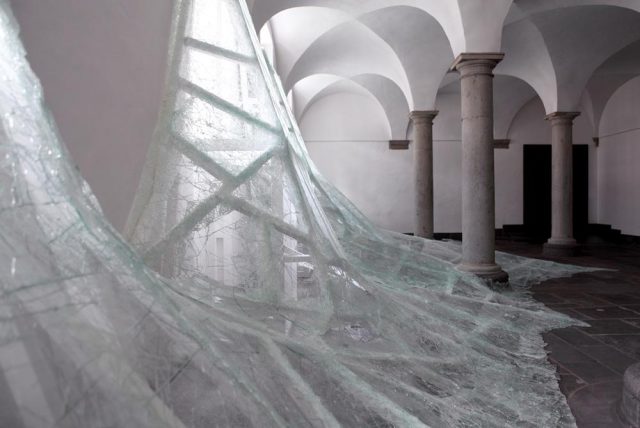