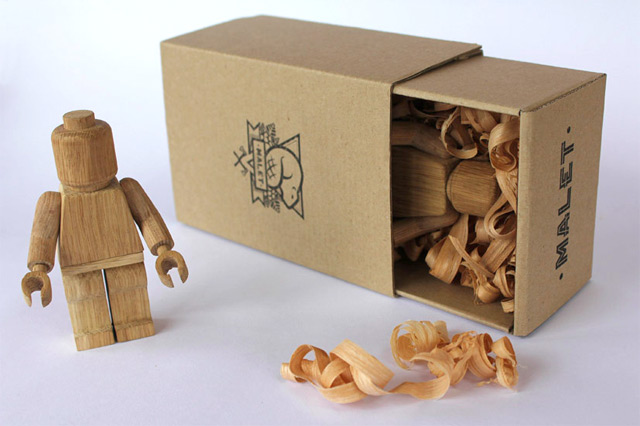 French designer and woodworker Malet Thibaut just released this limited edition “Art Toy” undoubtedly inspired by the iconic Lego figures. The toys are quite larger than their traditional yellow plastic counterparts, and it’s probably important to note that although the limbs appear flexible they are not actually hinged. Regardless I think they’d make a pretty awesome gift for the Lego-obsessed. Pick ’em up on Etsy. Unfortunately sold out at the moment. (via behance)