…legs leaning to an unnaturally slanted angle. Several of her works were included in the recent Hang-Up Collections Exhibition at Hang-Up Gallery in London alongside works by Banksy, David Shrigley, Bonnie and Clyde, and several others. You can see more of Saunders’ sculptural works on her website….

Banksy Painting Spontaneously Shreds Itself Moments After Selling for $1.4 Million at Sotheby’s …. “The urge to destroy is also a creative urge” – Picasso A post shared by Banksy (@banksy) on Oct 6, 2018 at 10:09am PDT Image via @casterlinegoodmangallery As the auctioneer was rounding up the evening and saying thank you and goodbye, an alarm went off and the canvas began to slide out of the bottom of the frame in strips. It seems that the artist built a shredder inside the thick frame that would allow the painting to self-destruct when trigge… …fluence as their vehicle to overtake obstacles, the rodents are once again Banksy’s metaphor for working class people making significant change when they join together and fight for similar cause. Of particular note in this Banksy “invasion” was that some of the works were miraculously revised overnight, allowing the artist to highlight one of the biggest advantages of stencil technique–its ability to be applied quickly and precisely. With this in… 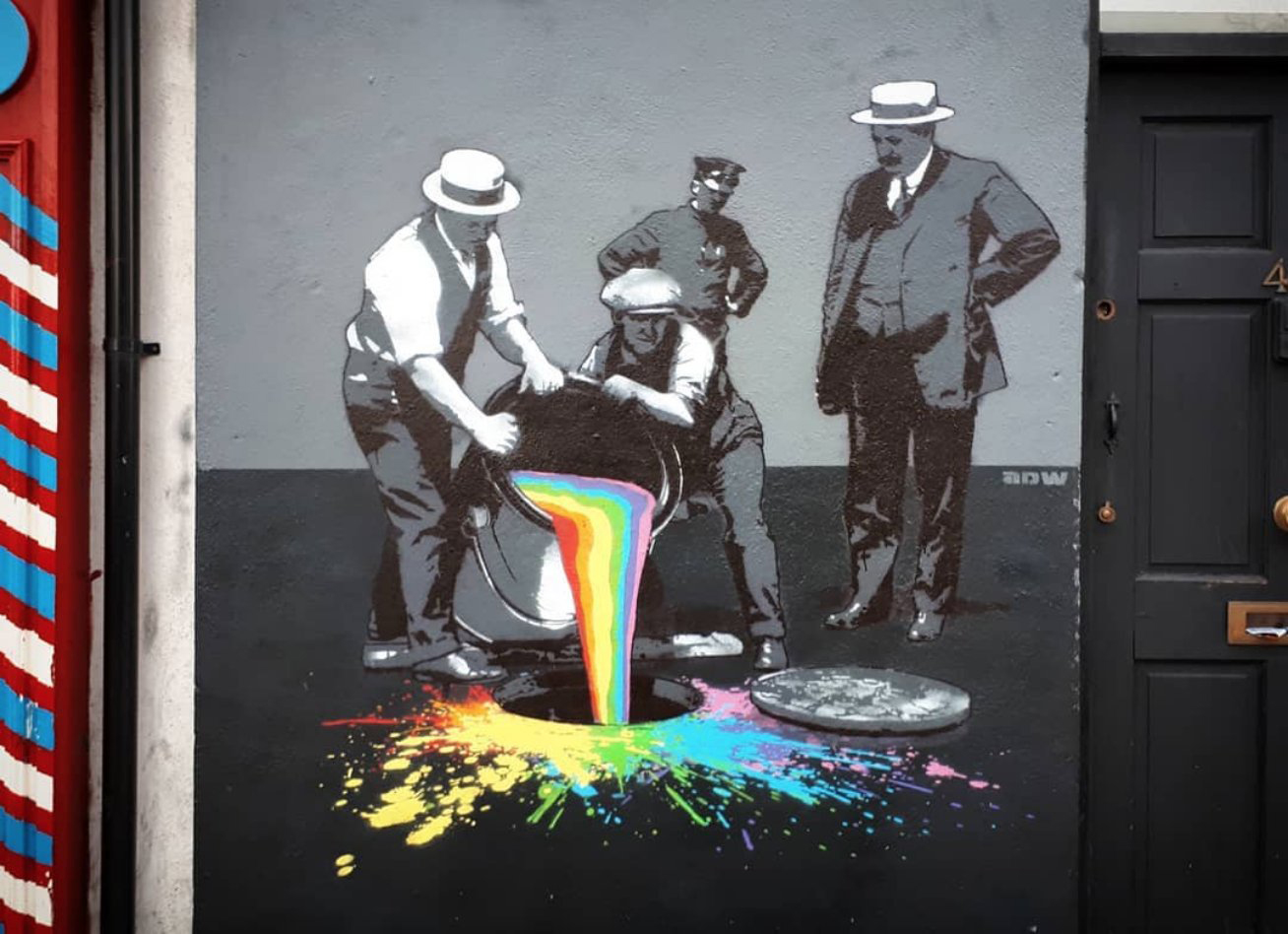 Banksy’s year-old project in Bethlehem, The Walled Off Hotel (previously), has just released a new set of souvenirs exclusively available in the hotel shop. The series of works, which are each hand painted by local artists, depict the West Bank barrier in a crumbling state. A hooded figure is featured beside the wall in several of the works—either contributing a fresh piece of graffiti or physically breaking through the wall with mallet in hand….

…or the creation of a single painting. The mural is a collaboration between Banksy and street artist Borf. Doğan, who also worked as a reporter for the now defunct Dicle news agency, created the painting in 2016 which depicts operations carried out by Turkish security forces against the Kurdistan Workers’ Party (PKK). The artwork, derived from a photograph, shows buildings reduced to rubble, plumes of smoke, and gathered military trucks, all part o…