…View full detail Italian street artist Blu (previously) just wrapped up work on this giant mural that wraps around two sides of a building in Rome. The pieces utilizes nearly 50 windows to create the mouths and eyes of some 27 bizarre faces all vying for attention. You can see some more views of the piece on his blog and explore it in detail on Google Street View. See it up close here…. 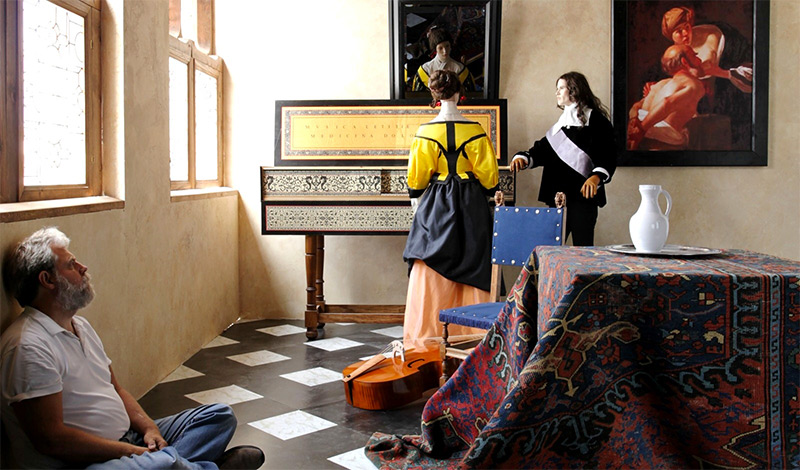 …entire endeavor was filmed and turned into a documentary titled Tim’s Vermeer, the trailer of which you can see above. The film began its theatrical run in January, but just became available as a Blu-ray combo pack and digital download today. Jenison also wrote a detailed article about the entire step-by-step process that was published yesterday on Boing Boing….

New Murals from Blu on the Streets of Italy …aly Messina, Italy Messina, Italy Messina, Italy Over the last year artist Blu has dropped a number of killer murals in several Italian cities, most recently in Niscemi (top) where he created a three-story piece depicting a military figure playing a weaponized xylophone. Despite the extreme visual density present in Blu’s latest works, it’s impossible to miss his perspective on contemporary society from his skewering of religion and consumerism to… …StreetArtNews has the scoop on new work from street artist Blu who just completed this hilarious mural in Ordes, Spain that depicts a cheering crowd of fruit and veggies as they witness their suicidal compatriots take the plunge into a massive whirring blender. This vegetarian-friendly piece is quite a departure for the artist whose most recent works in Buenos Aires and Morocco have been rather politically charged. (via streetartnews)…