Having the stealth and nimble reflexes of a cat is the only way to escape the dangerous droids and perilous environment of “Stray.” Created by BlueTwelve Studio, the highly anticipated video game immerses players in a futuristic metropolis as a lonely, injured feline in search of its family. With the help of a drone named B-12, the sprightly creature has to evade the threats of the dystopian city as it roams the neon-lit alleys, leaps through rundown, graffiti-covered buildings, and nuzzles up to human-like robots. Watch the game’s walkthrough above for a better sense of the cat’s abilities—endlessly annoying its… …light so I can capture the light and the shadow, the contrast that I search in my compositions,” he says. The resulting works bring the otherwise remote plants to urban areas, transforming stark facades into lush gardens celebrating nature’s diversity. Based in Belo Horizonte, Minas Gerais, Brazil, Mazza is currently painting an installation in the middle of a field as part of a residency at Campidarte in Sardinia, which rounds out a months-long expedition around Europe where he completed murals in Sintra, Lisbon, and Civitacampomarano. Keep an eye on his Instagram for his upcoming works, which are slated for Foz… 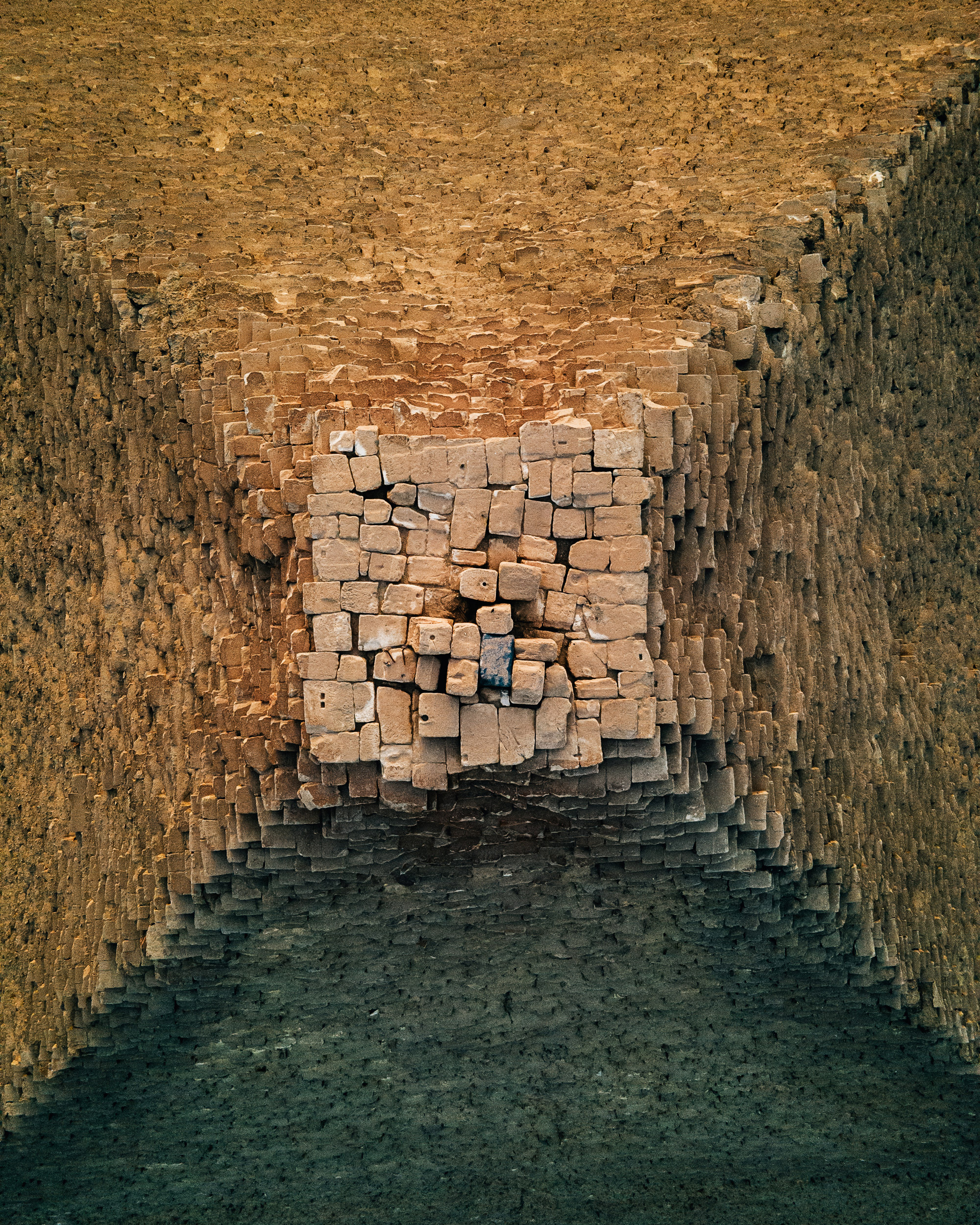 All photos © Alexander Ladanivskyy, shared with permission Ukrainian photographer Alexander Ladanivskyy travels the world in search of spectacular images including idyllic scenes of Icelandic waterfalls, ancient mountain cities in Jordan, and the collision of history and modernity in Nepal. Last April, he teamed up with the Ministry of Tourism in Egypt to shoot one of the most photographed landmarks on Earth: the Great Pyramid of Giza in Egypt. Not satisfied with recreating perspectives found on postcards and Instagram feeds, Ladanivskyy instead used a drone to shoot the 4,600-year-old structure squarely from above at different altitudes. The series offers an…

A cowgirl named Rose and her eccentric pals embark on a mission to find the man damaging their local environment in the clever and fervent short film “Spell of the West.” Created by Los Angeles-based Sam Lane during her third year at CalArts, the animation follows the group’s wayward journey through the roving hills and sentient forests as they search for the ax-wielding tyrant who’s chopping down trees and demolishing their cactus farm. Simultaneously witty and sincere, “Spell of the West” is imbued with magical undertones and a message that there’s more to environmental destruction than the loss of ecosystems…. …or engaged in rowdy activities, many of the subjects sport bright, round glasses, emphasizing Makamo’s focus on viewing the world through the lens of childhood. His subjects “embody the peace and harmony we all strive for in life, the search for eternal joy lies in the child within us all. We are just so consumed with worldly things that we forget the simplicity of life through a child’s perspective,” he says in a statement. Makamo recently closed a solo exhibition at Botho Project Space this January, and you can find more of his dynamic pieces on Artsy and Instagram.  …