A red-winged blackbird keen on protecting its chicks was recently caught escorting an osprey away from its nest. Rather than hover around the predator as the species is wont to do, though—it’s known for being aggressive and territorial and is likely to attack larger animals and humans for getting too close to its young—the smaller creature hitched a ride with the raptor by perching on a stick it carried in its talons.

Photographer Joceyln Anderson shot the strange encounter, which began with the blackbird circling the osprey as it flew above a pond. As the two called to and wove around each other, they moved closer to Anderson, who was then able to capture their brief interaction. “It looked behind itself several times as the blackbird followed close behind before it landed on the stick,” she says. “I was surprised at how long the blackbird followed the osprey. Maybe it enjoyed getting a free ride on the stick!”

Based in Michigan, Anderson is an avid wildlife photographer and sells prints on her site. See a larger collection of her avian subjects on Instagram. (via PetaPixel) 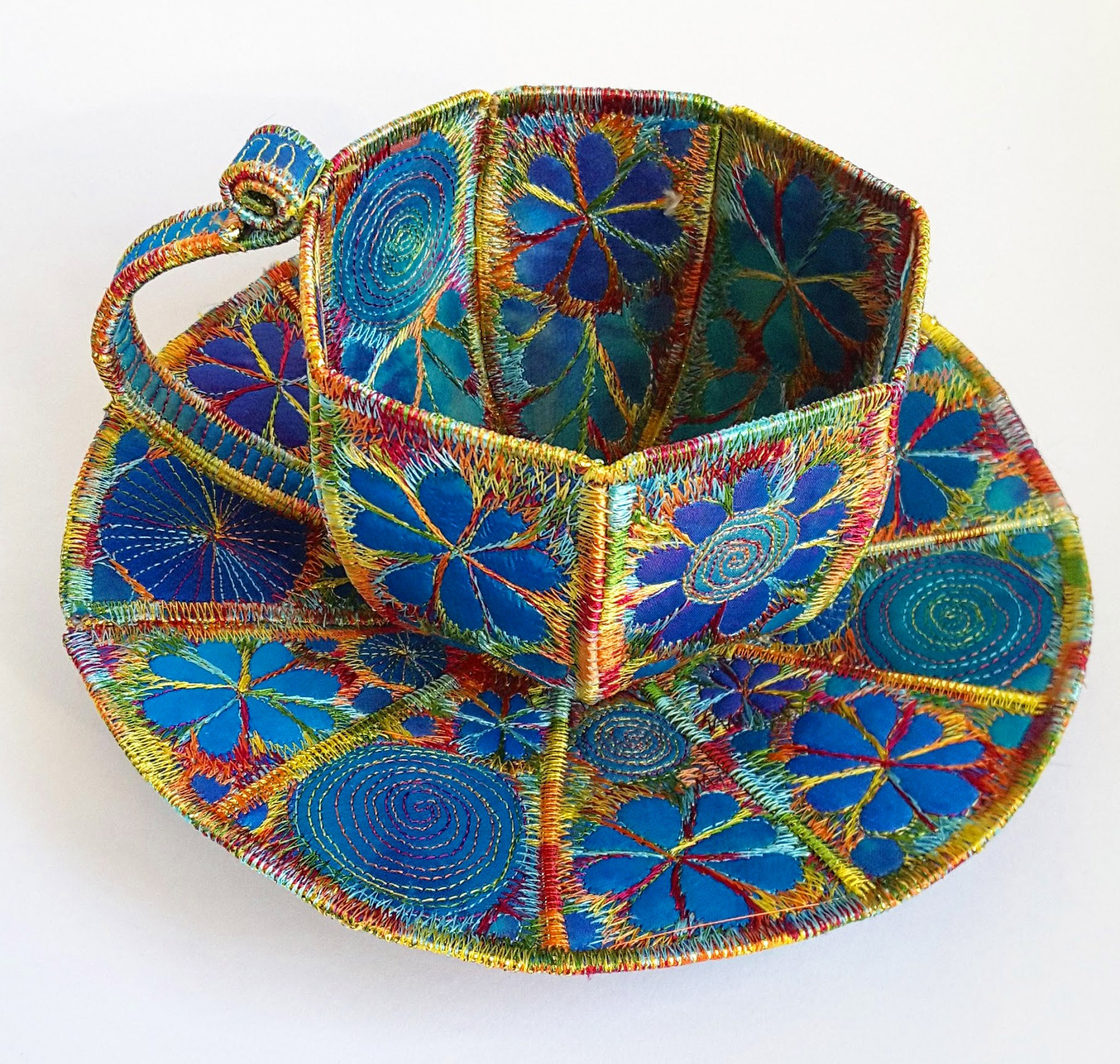 Whether a corded rotary phone or humble water pitcher, Sue Trevor’s household objects are all made from the same materials. The artist meticulously stitches ornamental sculptures that resemble common domestic items and vintage electronics. Covered in crisscrossed seams and textured rows, each piece is a product of combining embroidery, appliqué, and quilting techniques, and the resulting jewel-toned works are heavily adorned with flowers and other organic forms, shapes she derives directly from her garden in Loughborough, Leicestershire.

Prior to sewing the objects from hand-dyed Egyptian cottons and silks, Trevor studies the film camera or teacup and saucer she’s replicating and creates a pattern. She then “manipulates my heavily embroidered 2D pieces of fabric into sculptural 3D works of art, testing and trialing until I have the desired shape I want. I love the challenge of trying to dissect the structure of an object and translating it into one of my textile pieces.”

Peruse Trevor’s available sculptures on Etsy and Folksy, and see more of her work, which includes an array of functional and decorative pieces, on Instagram. You also might enjoy Ulla Stina-Wikander’s needlepoint tools and devices. Courses begin June 7 at the Division of Continuing Education at the School of Visual Arts. Whether it’s to advance your career or try something new, SVACE offers more than 170 online courses to choose from. Visit sva.edu/ce to view all course offerings.

Online courses are available in:

Course Advice
If you need course advice or have questions, please email [email protected] to connect with an advisor.

About the School of Visual Arts

School of Visual Arts has been a leader in the education of artists, designers and creative professionals for seven decades. With a faculty of distinguished working professionals, a dynamic curriculum and an emphasis on critical thinking, SVA is a catalyst for innovation and social responsibility. Comprising 6,000 students at its Manhattan campus and 35,000 alumni in 100 countries, SVA also represents one of the most influential artistic communities in the world. For information about the College please visit sva.edu. Studies show that people are inclined to adopt canine companions that resemble themselves or family members, a psychological impulse that Misato Sano (previously) flips on its head. Rather than carve a pack of doggy doubles, the artist creates textured wooden sculptures of curly-haired poodles and acrobatic pugs imbued with different aspects of her own personality. Encompassing multiple breeds, expressions, and physical traits, each work is a self-portrait. She explains to Colossal:

For me, using the form of dogs is the most appropriate, highest-resolution method to materialize what I think of my inner self. Materializing myself in various states is about having an honest, direct dialogue with myself. In facing myself, I would like to be passionate, free, and loving, like a dog. My works are also about myself looking at myself. In that sense, I might have been making an existence that is sometimes beside myself, a little distance in other times, watching over myself.

Sano is based in the Tohoku region of the Miyagi prefecture and spends her summers creating the lively creatures with fur chiseled in visible gouges. As the weather turns cold, she shifts her practice to embroidery and conveys the adorable faces in plush tufts of thread.

You can see Sano’s carved characters as part of a group exhibition running August 14 to 29 at Gallery Nucleus in Alhambra, California. Otherwise, check out her Instagram for glimpses into her process and to see some of the real-life pups that inspire her works. 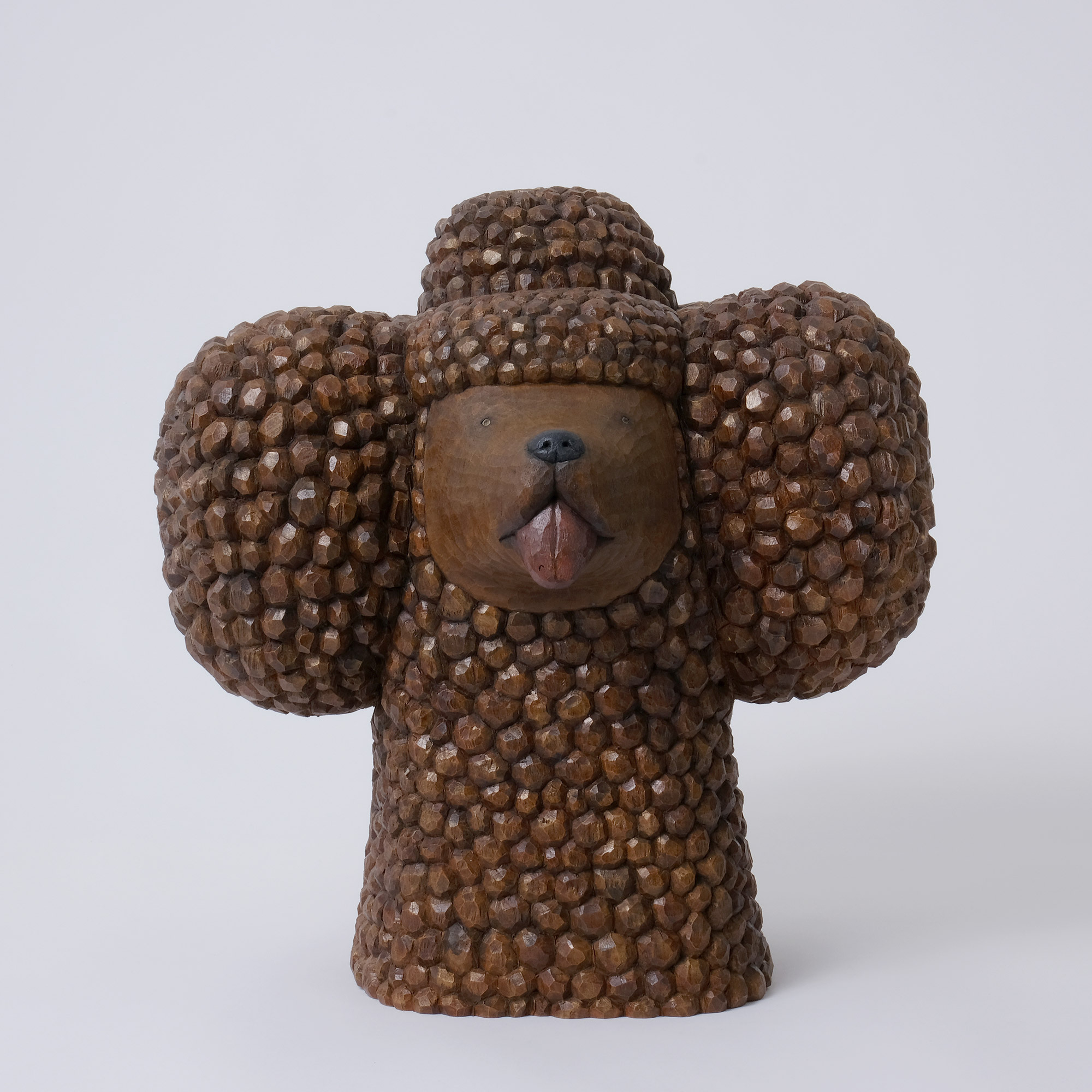 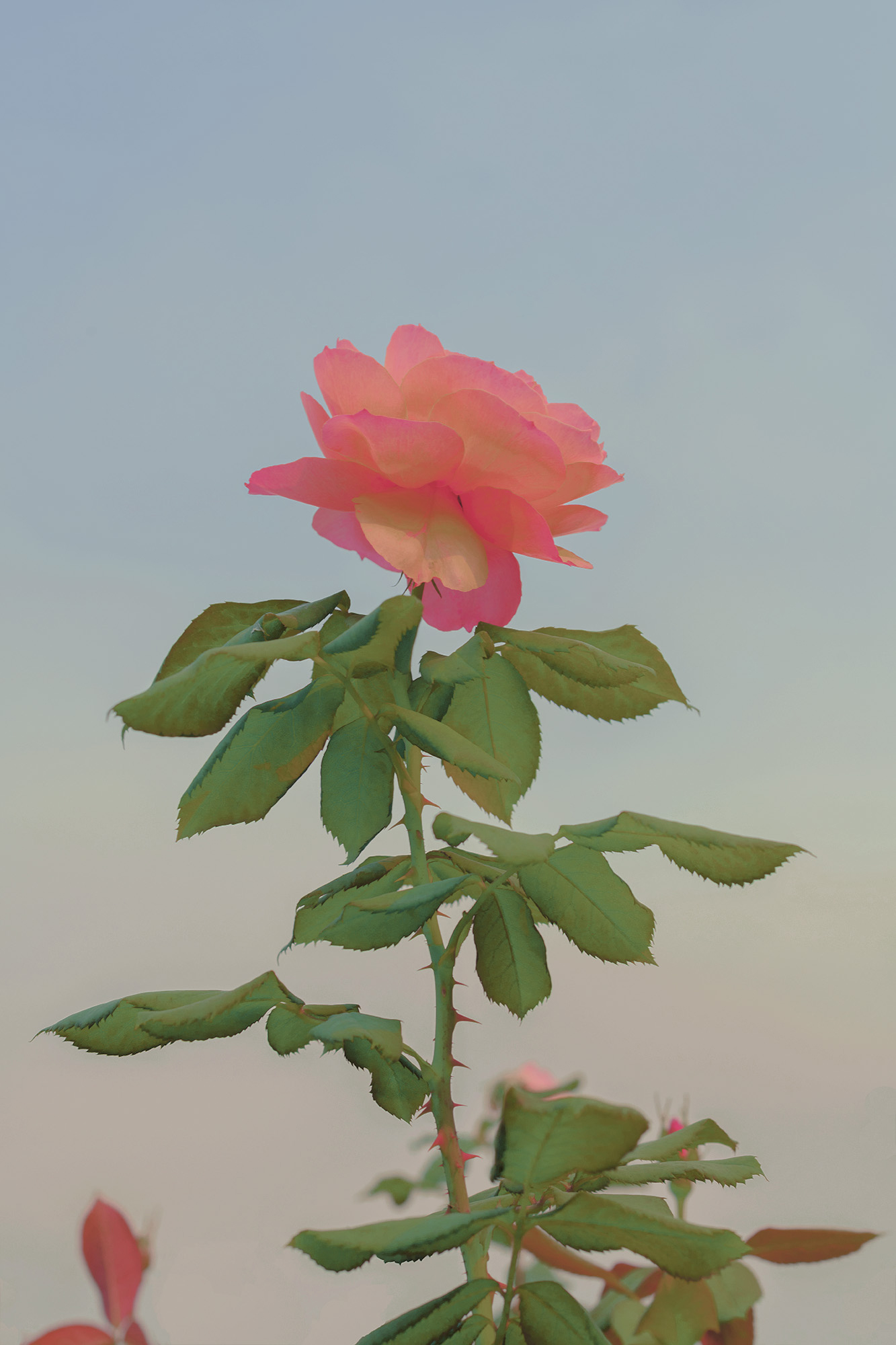 Xuebing Du finds the balance between light and shadow in her photographs that cast flowers and plants in a dreamy, refined manner. Currently based in Sunnyvale, California, Du scouts the botanical subject matter as the forms reach peak bloom, using only the natural glow from the sun to capture their vivid color. The resulting images are elegant and otherworldly and frame the soft, silky petals in a way that creates “a tone that is almost surreal and illuminated by a strong yet delicate touch of light,” she says in a statement.

Du’s photography focuses on the organic textures and supple forms of the natural world, and you can explore a larger collection of her works on Behance, Tumblr, and Instagram. Prints are available in her shop. (via This Isn’t Happiness)