Through dreamy photographs, multi-disciplinary artist Mono Giraud accentuates the feathered fronds of wheat stalks and paper’s smooth curves. Based in the Palermo neighborhood of Buenos Aires, Giraud consistently strives for simplicity and a focus on humble items in her practice that spans design, photography, and fine art. “I’m interested in the conjunction of energy between objects and people, like in a dance,” she shares with Colossal.

Evoking sprawling sculptures, Giraud’s garments are often neutral-toned to maintain the integrity of the original material. Dresses flow down into pools of fabric that then form wrinkly backdrops, spools of twine are arranged to mimic a sash and headdress, and a woven basket pocked with straw perches on a subject’s head.

Giraud manages an atelier and shop in the Argentinian capital, where she sells many of the goods used in her photographs. Despite working across mediums, she describes her practice as cohesive and as a search “to express my personal views and emotions of the soul.” The artist expands on the idea:

My work is about living the process. And this process has to be healthy, the energy is renewed instead of running out… and simplicity must be felt in each step. I go across the process to finally get to discovery. The travel is about feeling, touching, smelling, breathing, and crossing boundaries. I focus on the journey more than to reach a goal or arrive (at) a destination.

Explore more of the elegant objects and garments highlighted in Giraud’s photography on her site and Instagram. 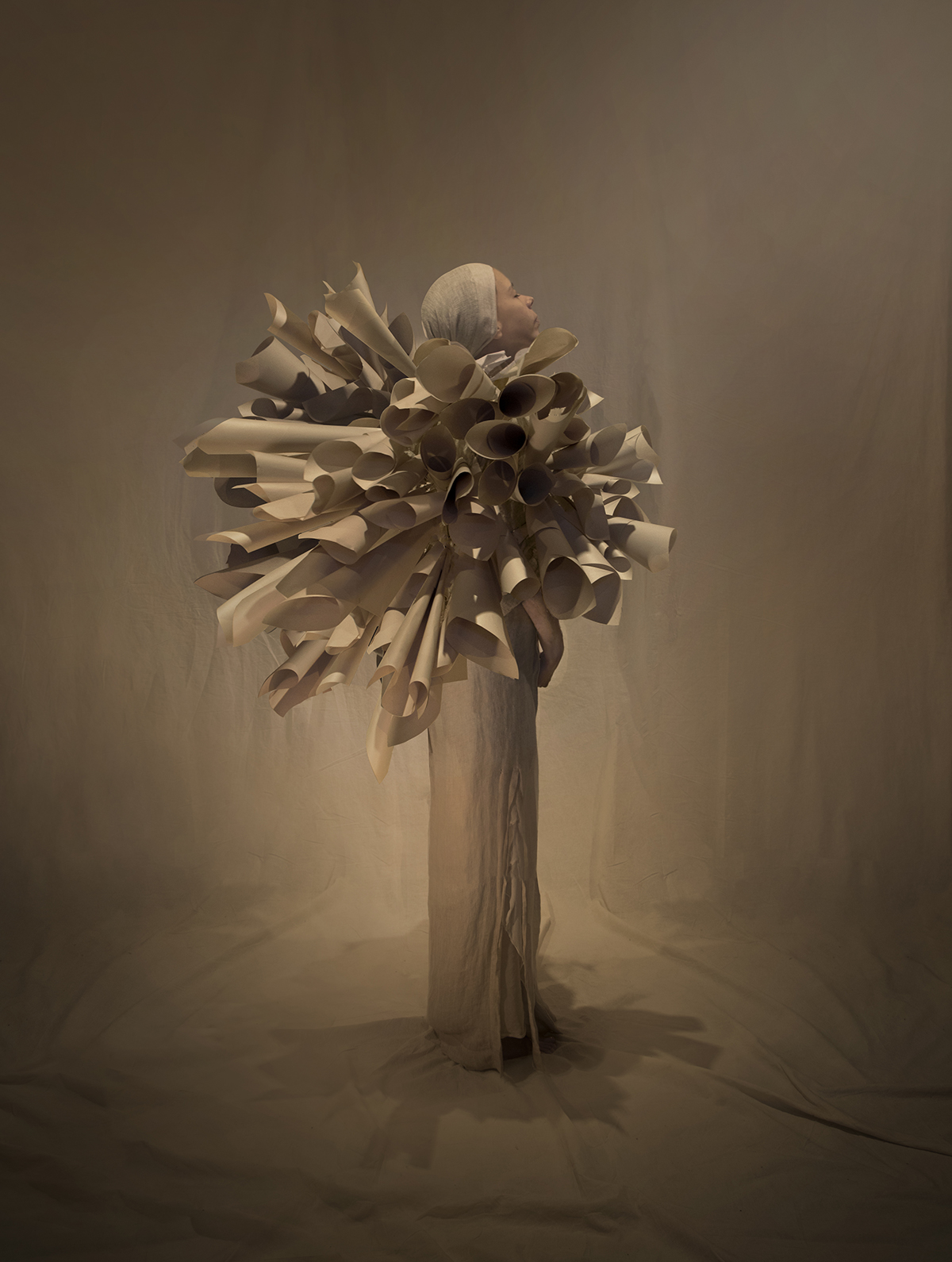 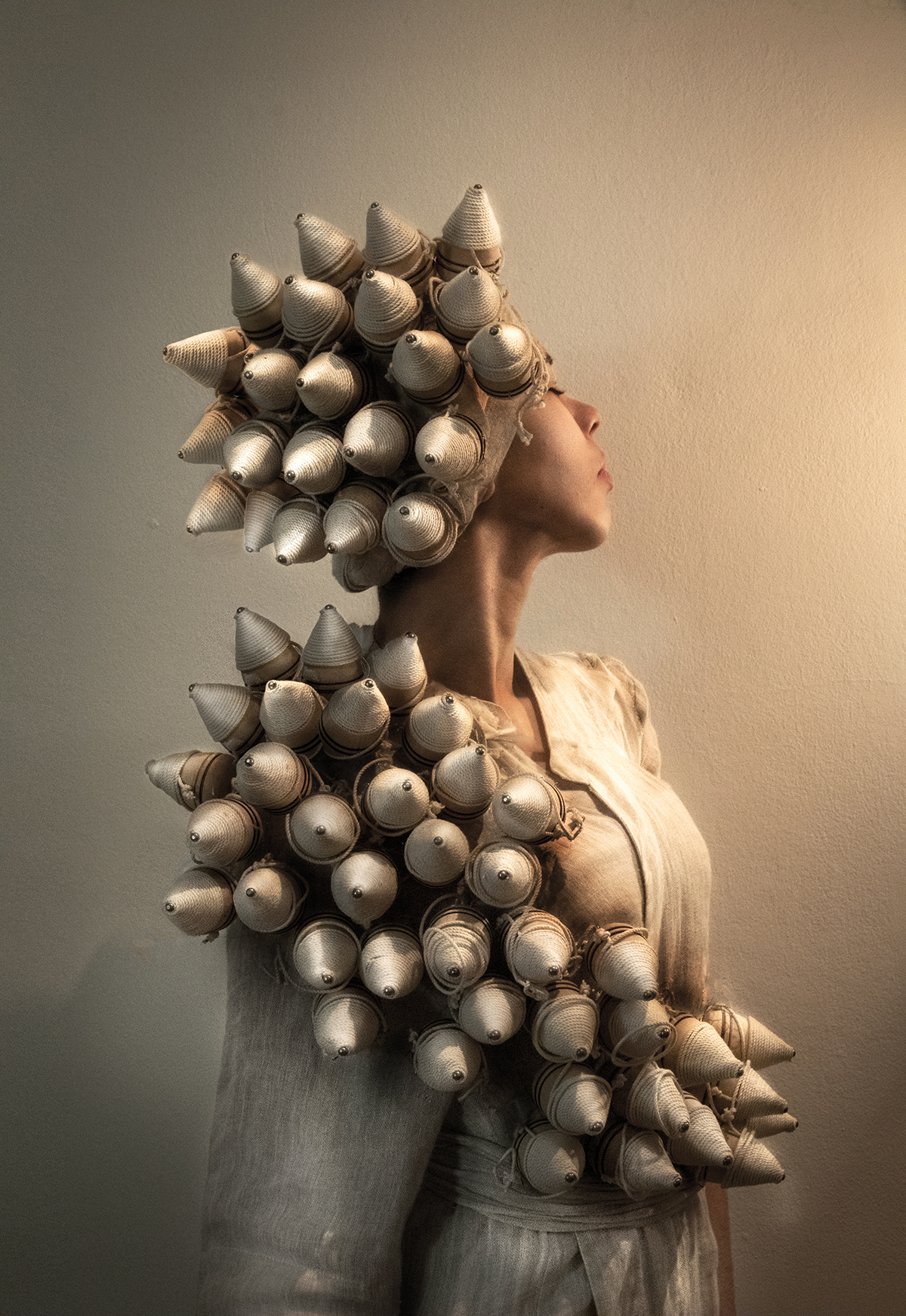 Walk around Shanghai or Dubai, and you might stumble upon a bright, geometric playground amongst the concrete. The design studio 100 Architects installs bold interventions that transform typical urban spaces into colorful playgrounds. Each public structure, which boasts entertainment for both kids and adults, is conceptualized around a theme, whether a massive shower complete with ground-level waves or an illuminated castle with inner tunnels. Splashes of color, playground equipment like swings and slides, and towering structures frame the areas, while some spaces, like the “Sea Horse,” sprinkle water from a central spot.

100 Architects recently partnered with urban planning group Playgones to collaborate on a range of interventions throughout Europe in upcoming months, which you can follow on Instagram. (via Journal du Design) A short clip, originally captured by Louis Lumière in 1896, documents a rowdy snowball fight on the streets of Lyon, France. Thanks to Saint-Petersburg, Russia-based Dmitriy Badin, who used a combination of the open-source software DeOldify and his own specially-designed algorithms to upscale and colorize the historic footage, the video of the winter pastime is incredibly clear, revealing facial features and details on garments.

Badin applied a similar method—which involves a lengthy process of removing duplicate frames, adjusting brightness and contrast, and manually correcting color—to clips from cities around the world, many of which you can find on YouTube. You also might enjoy this flying train ride through a German village in 1902. (via Twisted Sifter)

Update: A previous version of this article incorrectly cited Barcelona-based Joaquim Campa as the creator of the colorized footage. Bouke de Vries (previously) refers to some of his porcelain sculptures as “three-dimensional still lifes.” The artist, who was born in the Netherlands and now lives in London, creates sprawling assemblages that resemble a classic bowl of fruit or table setting frequently found in Dutch art. “I compose these pieces as, after the painter has finished with them, the ceramics get broken and decayed, and I breathe new life into them. The butterfly in still life is a symbol for the resurrection in (the) way I see what I do through my work,” he tells Colossal. In de Vries’s works, though, the seemingly mundane scenes are fractured with bursting ceramics, encroaching insects, and decaying fruit.

The artist began working with porcelain as a restorer for 15 years before embarking on his own practice, which begins with a search for broken pottery and glass shards. He never breaks an undamaged piece but rather revitalizes those that are damaged already by creating new figures that celebrate the beauty of their previous forms. With a penchant for Kintsugi, he often utilizes gold lacquer to highlight the repaired cracks.

Alongside sculptural still lifes, the figure of Guan Yin, the Buddhist goddess of compassion, mercy, and kindness, recurs in de Vries’s work. Often surrounded by cracked shards and recomposed garments, she conveys an ability for understanding and repair.

In recent weeks, de Vries has been working on commissions and new pieces, in addition to a large-scale project that spans the entrance of one of Sotheby’s Bond Street galleries, which you can see on Instagram. To find out more about the artist’s vision behind that piece, watch this interview. (via Cross Connect Magazine)