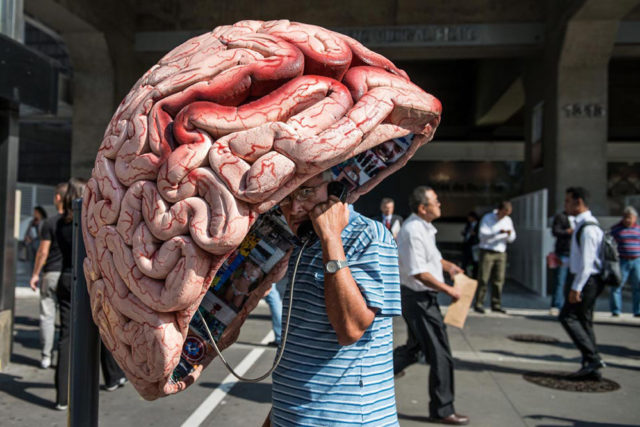 The Xiying Rainbow Bridge is an elevated pedestrian walkway located in Magong, Penghu County in Taiwan. The bridge is lined with a thin neon band that reflects a rainbow onto the water’s surface below at night. (via gaks)

As part of his senior thesis exhibition at Musashino Art University in Tokyo, art student Yasutoki Kariya re-imagined the ubiquitous desktop gadget, Newton’s Cradle, using a lovely sequence of light bulbs. Entitled Asobi (which translates roughly as “playing“) the 11-bulb installation creates a visual interpretation of the popular toy named after Sir Isaac Newton demonstrating his third law of motion regarding momentum: that for every action there is an equal and opposite reaction. However, instead of actual energy created by the kinetic force of steel balls, Kariya devised a method for using programmed light and two surreptitiously placed pistons to create this purely visual experience that’s arguably more mesmerizing than the original concept.

As an added super bonus, the team over at the Experiments in Motion blog created the animation above which easily contends for one of the most beautiful animated gifs I’ve ever seen, already racking up over 167,000 shares on Tumblr this weekend.

Asobi was nominated for the 2012 Mitsubishi Junior Designer Award. (via spoon & tamago) 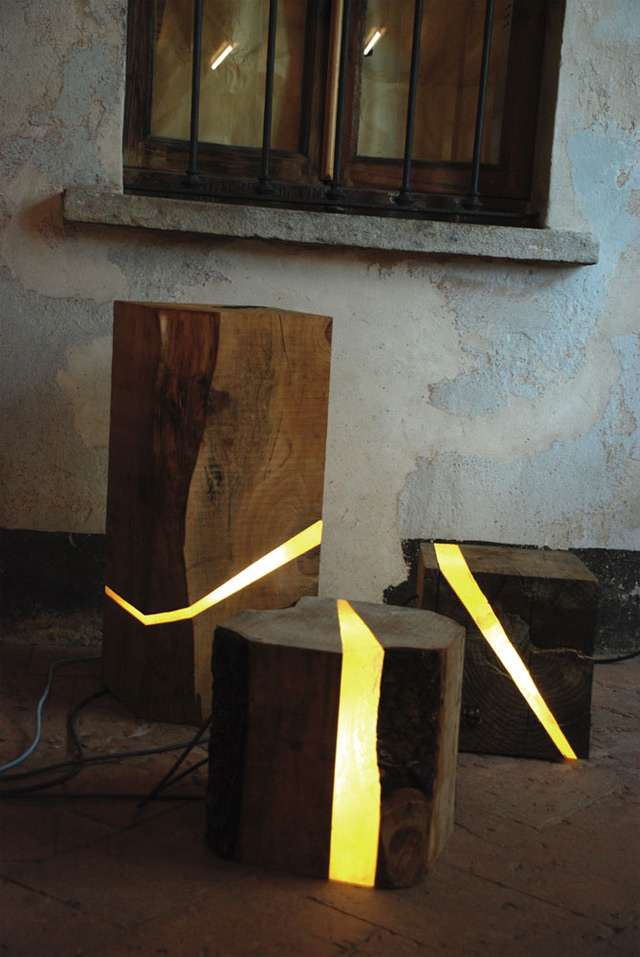 For his Brecce collection, Italian designer Marco Stefanelli devised an ingenious way of removing fragments from sawmill scraps, tree branches, and cement fragments, and replacing them with perfectly sculpted resin embedded with LEDs. The resulting lamps retain the organic nature of their original form yet cast a beautifully subdued light. You can see much more on Stefanelli’s blog. (via the awesomer)