Since flailing around and screaming at my computer upon discovering dancer Non-stop last year I’ve been itching to post another clip of his wobbly, boneless yet exquisitely controlled movements. And there hasn’t been a shortage. He’s since appeared in numerous commercials, performances, and other clips including this wonderful cross-continental collaboration with beatboxer Hikakin. (via the awesomer) 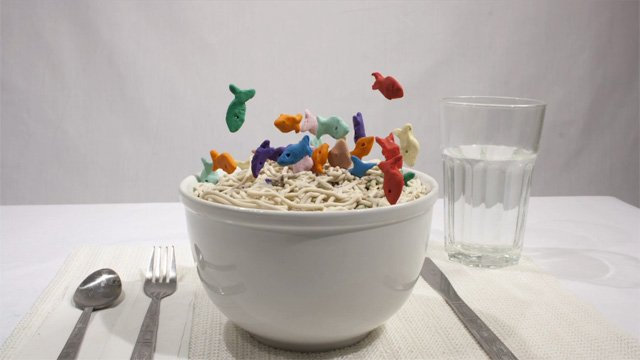 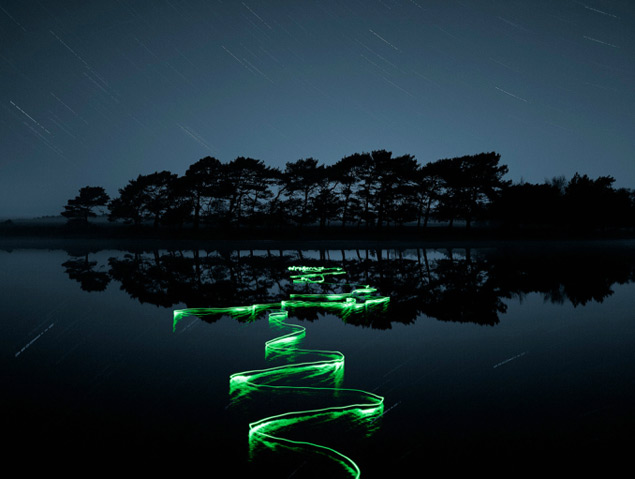 By his own account London-based photographer Joel James Devlin has spent enormous amounts of time over the past few years examining and perfecting the effects of moving light through long exposure photographs. In the amazing photos above Devlin has experimented with lights on various bodies of water in a series called Light Waves and Dark Currents and the others are the result of 50-minute exposures of airplane trails over the skies of London. See much more on his website, and if you liked this also check out the work of Lee Eunyeol, and Barry Underwood. These lovely, ethereal photos of mist-filled forests were captured by brothers Andrei and Sergiu Cosma of PhotoCosma who live and work in Romania. They plan trips together, light, shoot and process each image as a team, resulting in some truly remarkable perspectives. You can see much more of their work on 1x.com and in their very extensive gallery featuring a wide range of natural wonders. (via reddit) Artist Jason deCaires Taylor was born in Great Britain in 1974 and spent his youth diving the coral reefs of Malaysia where he developed a strong bond with the sea and nature, then as a teenager began a pursuit of art and graffiti. In an incredible marriage of his two passions, Taylor has since become famous for his immense underwater installations in locations off the coast of Mexico, the Bahamas, and the West Indies where he uses eco-friendly concrete sculptures specifically designed to harbor life. The artificial reefs are photographed and filmed in numerous stages from the moment they are first submerged to months and years later after thriving ecosystems form within his artwork.

This Saturday, Taylor will have his first debut solo gallery exhibition titled Human Nature at Jonathan leVine Gallery in New York. Via the gallery:

For this exhibition, the artist selected photographs of some of his major public projects. While some works were photographed as soon as they were submerged, others feature various stages of coral and algae growth that has occurred over a period of time. The resulting photography (much like the experience of viewing in person) evokes a sense of discovering forgotten civilizations, and surreal narratives of lost, sunken worlds.

The show opens June 30th at 7pm and runs through July 28th. If I was in New York I would absolutely not miss this. For some great behind-the-scenes photos, Jonathan leVine was lucky enough to visit Taylor in Mexico for one of the coolest “studio visits” I’ve ever seen.