…anniversary, the Belgium-based festival commissioned Danish artist Thomas Dambo (previously) to build seven of his world-renowned trolls throughout the De Schoore area in Boom. Like his previous installations in Copenhagen, South Korea, and northern Illinois, the new cast of creatures are built from recycled and reclaimed wood from pallets, buildings, and fallen trees. Carved wood forms geometric noses and human-sized feet, while scraggly tree br…

Mischievous Wooden Trolls Take Over an Arboretum in Northern Illinois 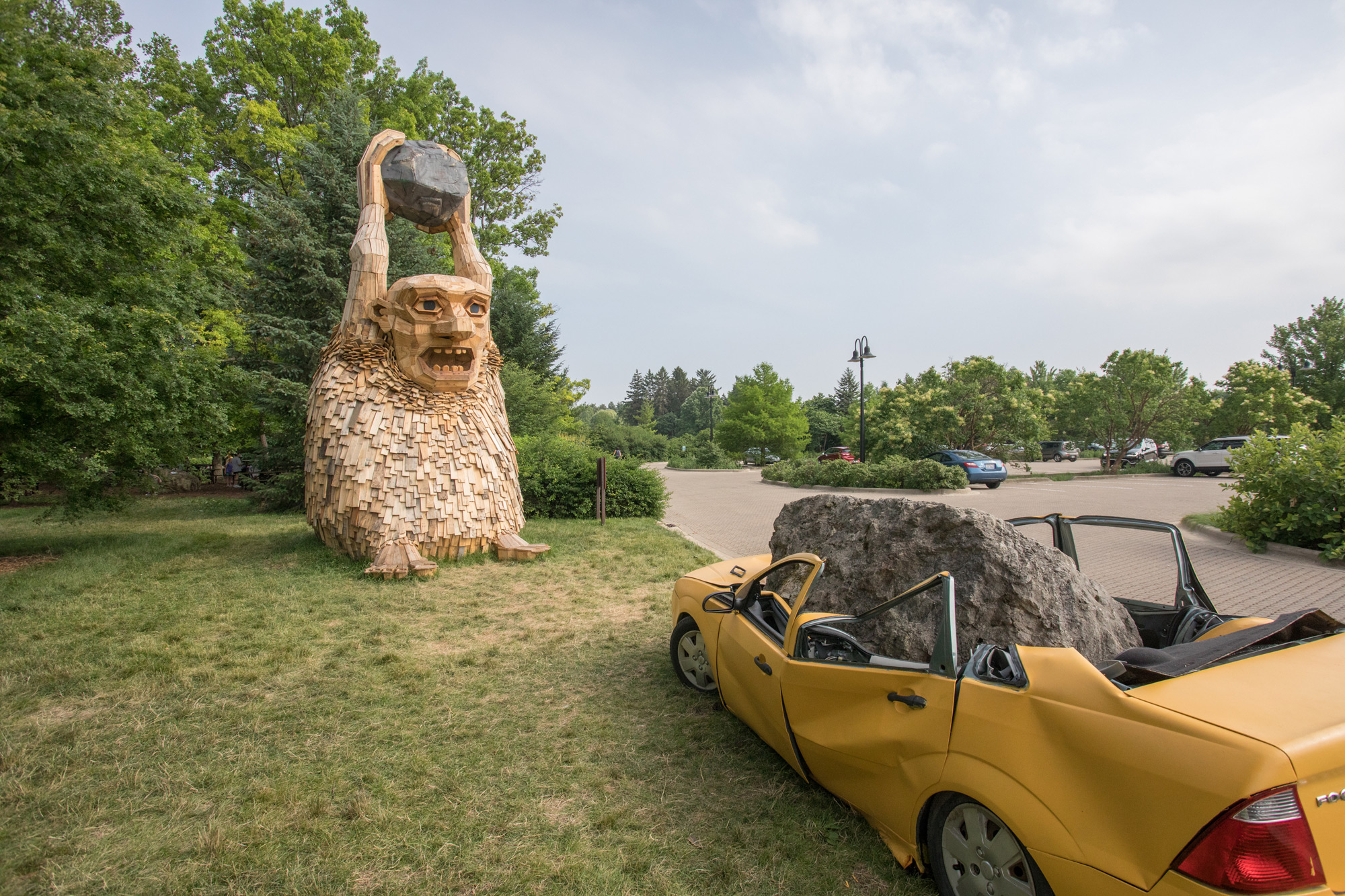 This summer, Danish artist Thomas Dambo (previously) has brought his fun-loving and kid-friendly trolls to the Morton Arboretum near Chicago, Illinois. Six site-specific characters range from Joe the Guardian surveying the neighboring highway to Sneaky Socks Alexa hidden in a cluster of shrubs. Dambo constructed the large storybook creatures using reclaimed wood sourced from fallen trees and branches as well as retired pallets and packing crates… …see a Google map of the bird house locations here), many more of them can be found dotting Copenhagen, Aarhus, Odense, Horsens, Beirut, and Berlin. You can see more of Dambo’s bird houses, including this human-size build, and a collection of camoflauged homes, on Dambo’s website…. …friendly giants throughout the city’s forests. Using a treasure map, visitors can find the oversized creatures, each of which comes with a poem that describes a bit of their personality. All of the giants are produced from recycled wood, material that was gathered by Dambo and his team from 600 pallets, a shed, an old fence, and various other sources. Using local volunteers to build the works, Dambo then names each sculpture after one of the buil…