Soaring Murals of Plants on Urban Walls by Mona Caron Muralist Mona Caron (previously) has continued her worldwide Weeds series, with colorful renderings of humble plants growing ever taller on buildings from Portland and São Paulo to Spain and Taiwan. The San Francisco-based artist often partners with local and international social and environmental movements for climate justice, labor rights, and water rights, and selects plants, both native and invasive, that she finds in the cities where she paints. Caron also integrates tiny details into the main visual elements of her murals:

Several of these murals contain intricate miniature details, invisible from afar. These typically narrate the local history, chronicle the social life of the mural’s immediate surroundings, and visualize future possibility, and are created in a process that incorporates ideas emerging through spontaneous conversations with the artwork’s hosting communities while painting.

Caron regularly shares process videos and photos of completed works on Instagram, and she delves into the narratives behind several of her murals on her website. From climate change to capitalism run amok, street artist Blu (previously) pulls no punches in his soaring multi-story murals on the streets of Italy. While mixed with a healthy dose of sarcasm and humor, the inspiration behind each artwork is anything but funny as he translates searing critiques into aesthetically beautiful paintings. For instance a 2016 piece criticizing housing problems in the Celadina district of Bergamo, Italy depicts cramped residents as a brightly hued rainbow but leaves a small group of authorities in the lower right completely devoid of color. Collected here is a selection of murals from the last year, you can see more detailed shots by flipping through his blog. You can also get an idea of how he works—perched on a tiny suspended seat—in this short GIF. 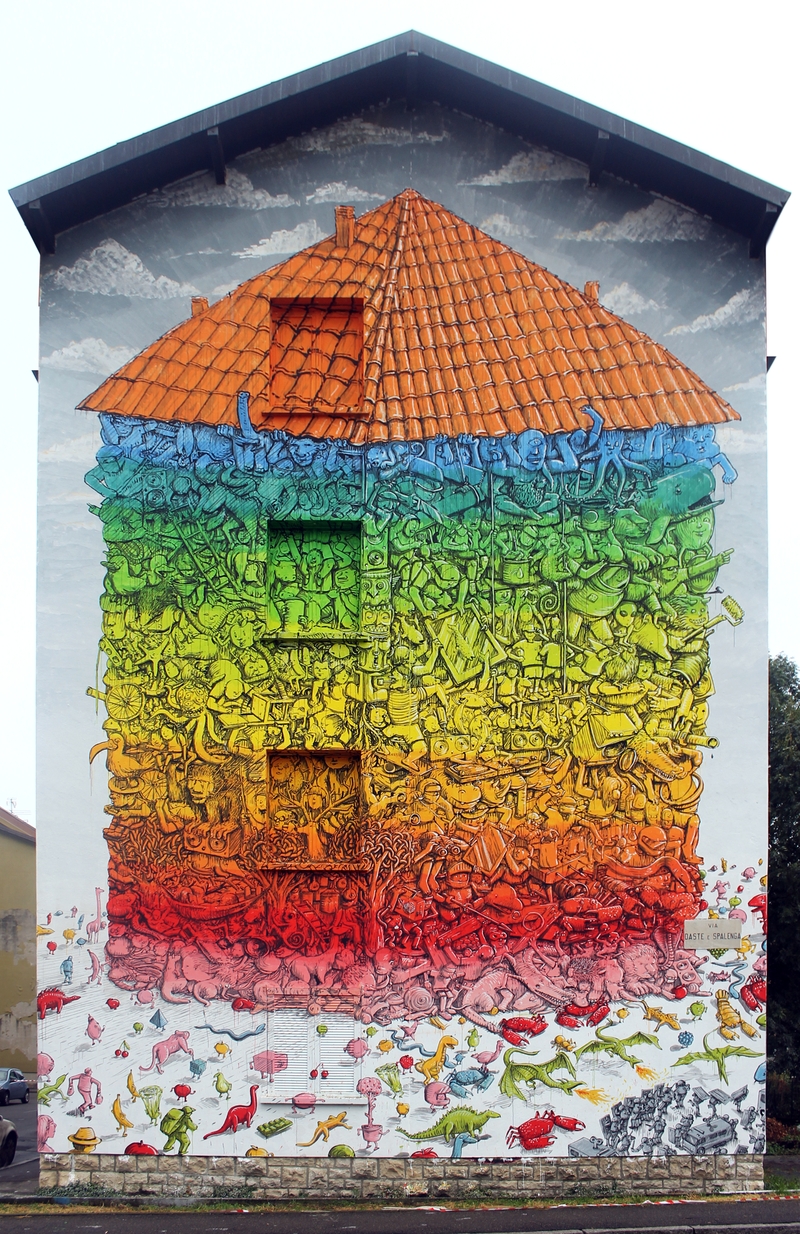 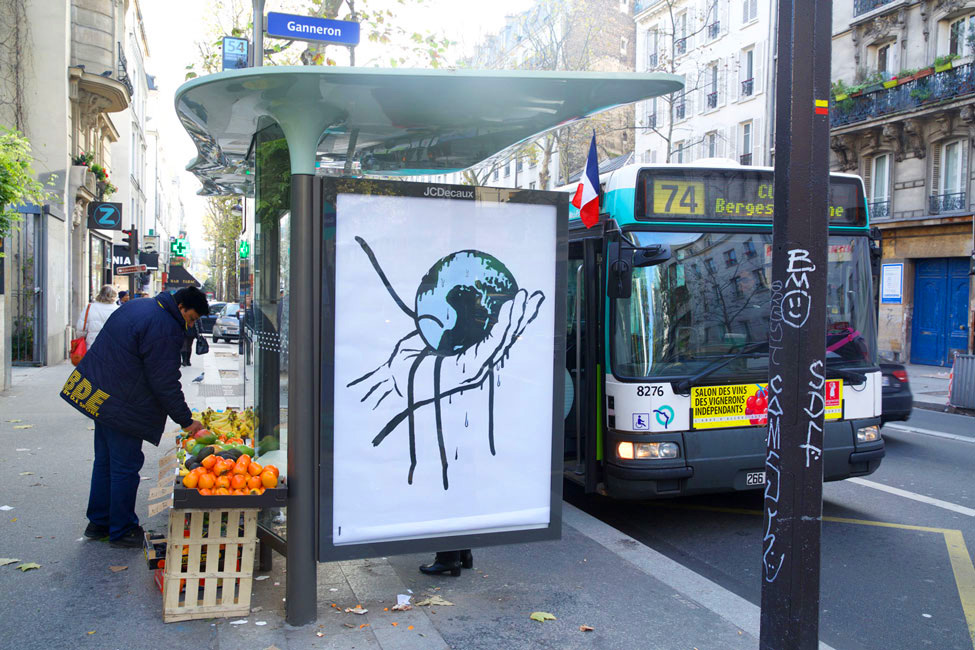 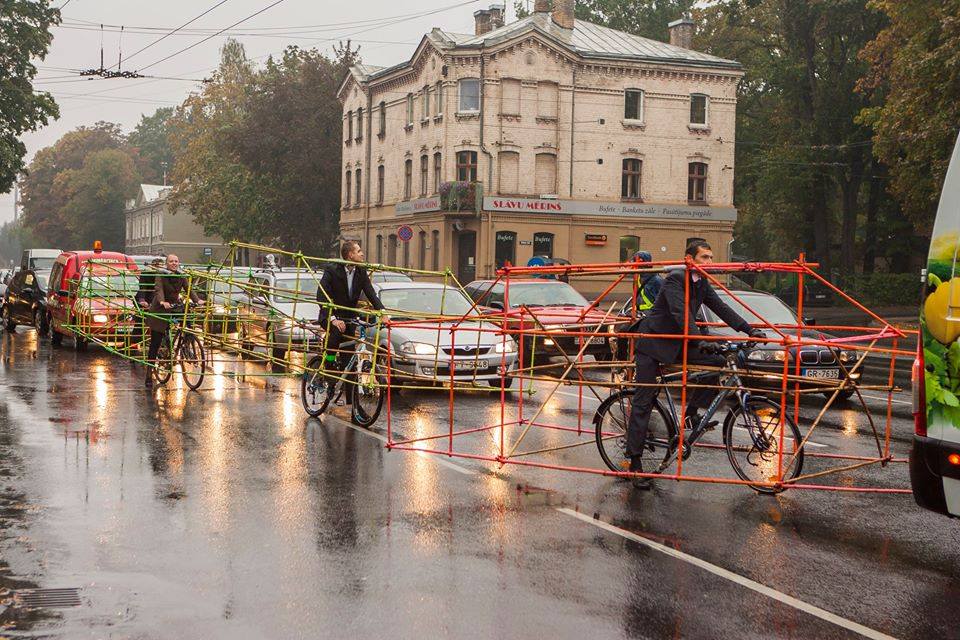 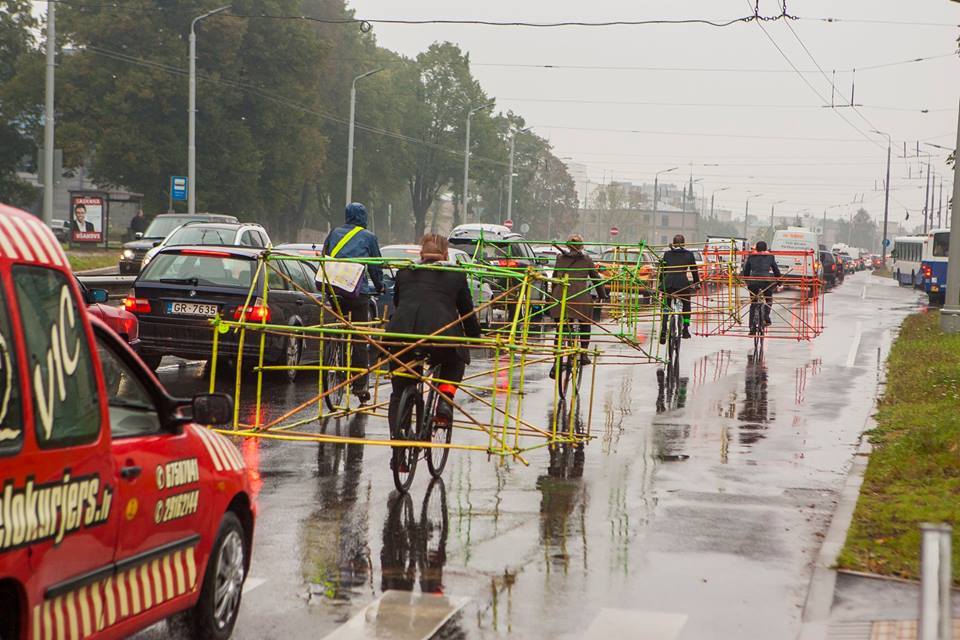