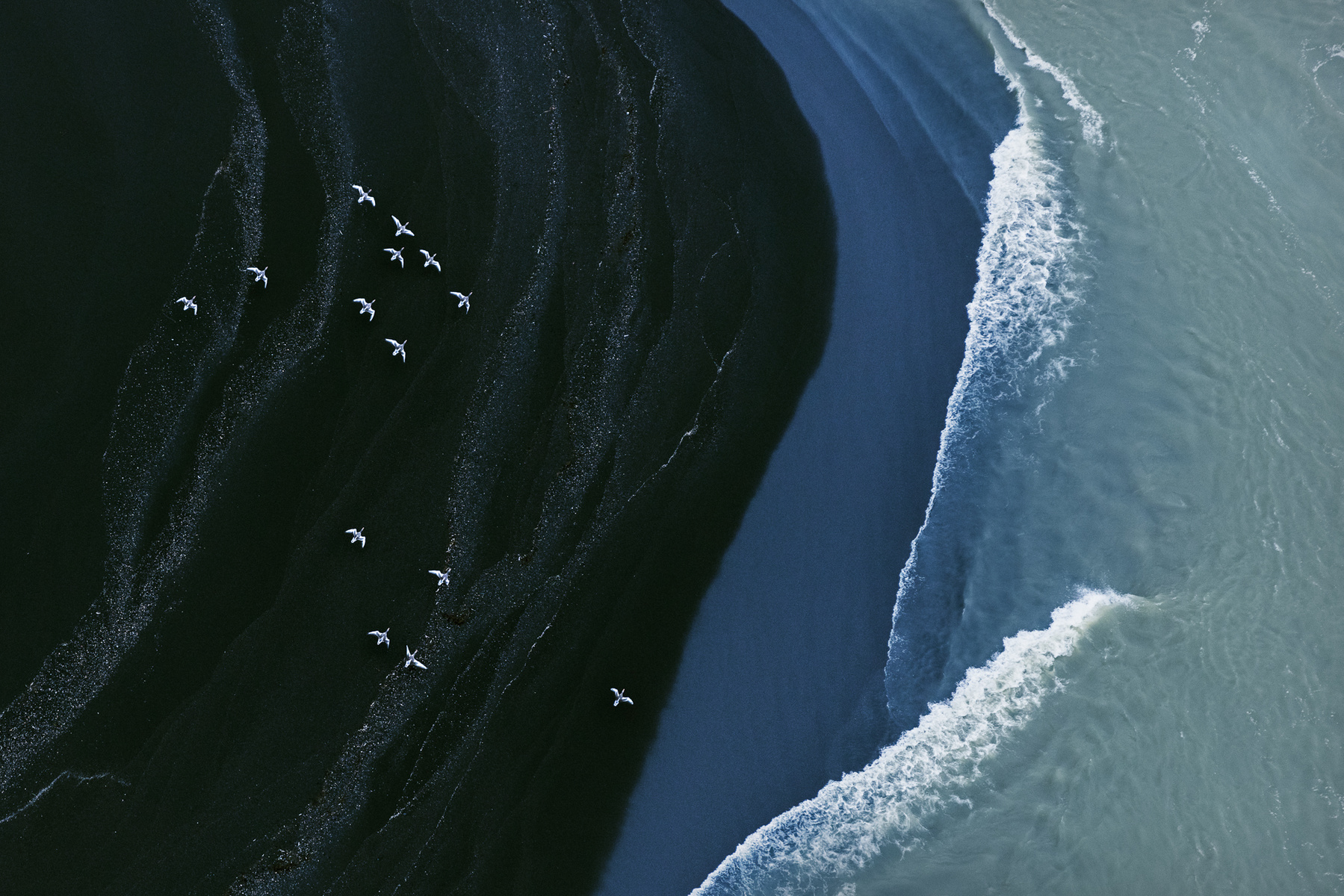 Photographer Zack Seckler (previously) continues to document the Earth’s surface from above. The New York-based artist travels to a wide range of landscapes, and flies above them in small airplanes to provide a zoomed-out perspective. His abstracted images simultaneously show the unique beauty of each location’s topography, while also highlighting the continuity of our shared planet. In places as different as Botswana and Iceland, the rippling surface and cool tones of waterways, the graceful paths of birds in flight, and the rich texture of forests and brush are united in their rugged beauty.

Seckler’s upcoming solo show, Above, at ClampArt in New York City opens on June 27 and runs through August 9, 2019. You can see more from the artist on Facebook and Instagram. Márton Mogyorósy explores the coastal city of Barcelona from above, creating geometric images of the Spanish city’s buildings, shore, and sea. Mogyorósy browses the city via Google Earth to get an idea of the natural and manmade shapes he would like to capture, and then finds these areas with the assistance of a drone. The Hungarian photographer photographs lesser known areas of Barcelona, finding structures and buildings that are attractively shaped from the sky, rather than famous tourist attractions from the ground. His second series of drone images of his hometown of Budapest will be published soon. You can keep updated on his aerial photography on Behance and Instagram. (via My Modern Met) Half a Century in the Making: Tree ‘Crop Circles’ Emerge in Japan Two peculiar ‘crop circles’ have recently been spotted in Japan’s Miyazaki Prefecture. Viewable only from above, they were formed by sugi (Japanese cedar) trees.

Conspiracy theorists will be disappointed to learn that there is a very practical explanation for how these shapes emerged: science. Specifically, it was the result of a scientific experiment that spanned close to 50 years.

According to documentation (PDF) we obtained from Japan’s Ministry of Agriculture, Forestry and Fisheries, in 1973 an area of land near Nichinan City was designated as “experimental forestry” and one of the experiments was to try and measure the effect of tree spacing on growth. The experiment was carried out by planting trees in 10 degree radial increments forming 10 concentric circles of varying diameters.

Part of what makes the crop circles so alluring are their concave shape, which was an unexpected result of the experiment that would suggest tree density does indeed affect growth. The trees are due to be harvested in about 5 years but officials are now considering preserving the crop circles.

Below is an image from Google Earth, which is unfortunately a bit dark. For those who are interested, here are the exact coordinates. (Syndicated from Spoon & Tamago) The project Water.Shapes.Earth uses aerial photography and storytelling to bring an understanding to the complex and diverse ways water inhabits our planet, from a radioactive water pond in Huelva, Spain to mud volcanoes in Azerbaijan. The images provide an abstract look at Earth’s surface, presenting purple-hued veins of a divergent river or an icy body of emerald water laced with severe cracks and splinters in its surface. Stories accompany the many images, which bring attention to how each might be a sign of climate change, and to highlight our own destructive mark on our environment. You can read about a salty marsh in Spain or glacial river tributaries in Iceland on Water.Shapes.Earth’s website. (via Colossal Submissions) 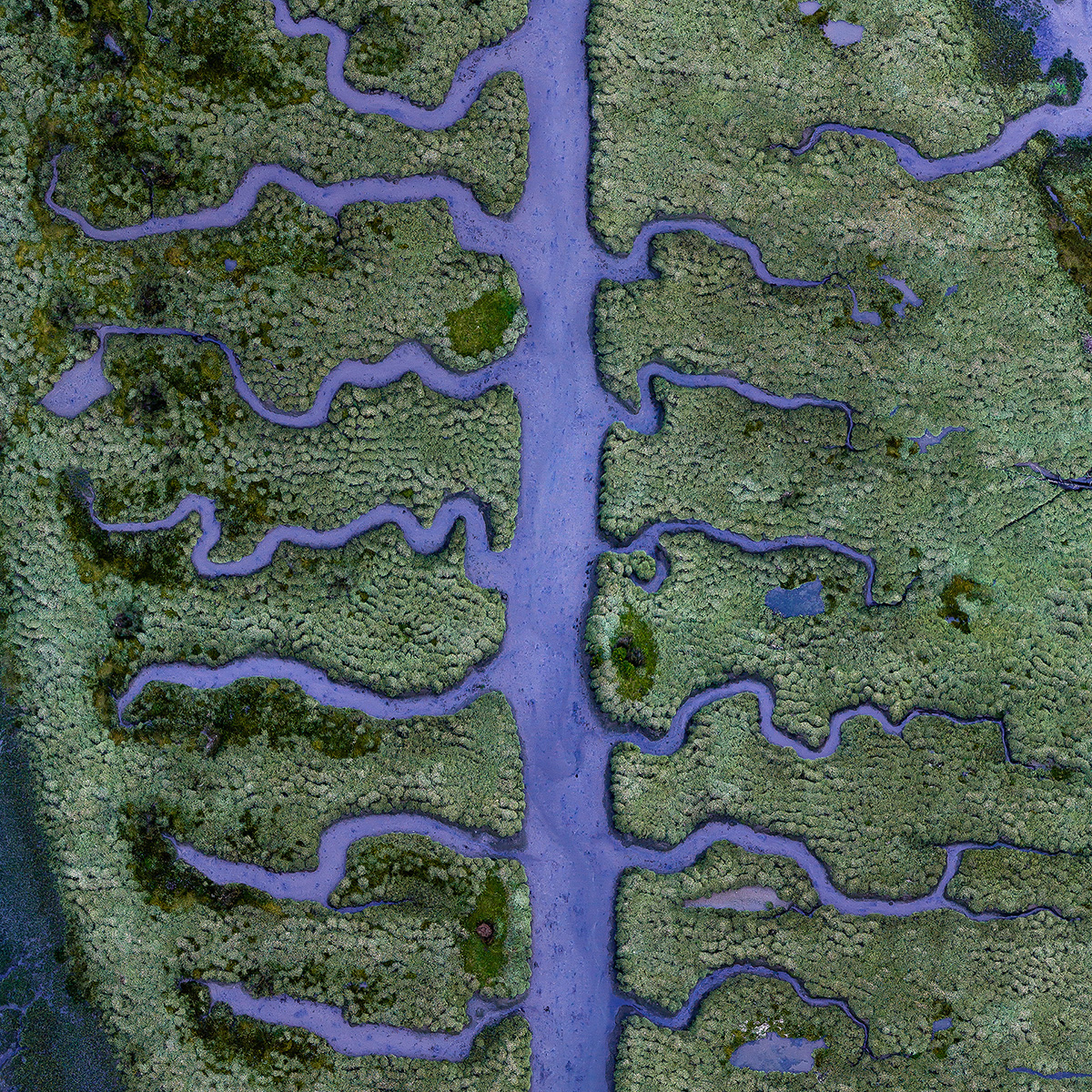