Fascinated by the organisms found in the sea and bodies of freshwater, artist Jiyong Lee (previously) sculpts semi-transparent artworks that evoke the various forms of algae and other microscopic creatures. The segmented pieces, which are composed of smooth, matte glass, create both organic and geometric shapes. Part of an ongoing Segmentation Series, the composite works consider the evolution of a single cell, which Lee expands on:

I work with glass that has transparency and translucency, two qualities that serve as perfect metaphors for what is known and unknown about life science. The segmented, geometrical forms of my work represent cells, embryos, biological and molecular structures—each symbolizing the building blocks of life as well as the starting point of life.

Lee is based in Carbondale, Illinois, where he teaches at Southern Illinois University, and many of the pieces shown here will be part of a group show at Duane Reed Gallery in St. Louis from September 12 to October 17, 2020. The artist also was chosen as one of 30 artists for the Loewe Foundation’s Craft Prize, which will bring him to Paris for an exhibition in the spring of 2021. Until then, explore more of Lee’s biology-informed sculptures on Artsy. A "Living" Chandelier Filled with Algae by Julian Melchiorri London-based designer and engineer Julian Melchiorri has designed an elegant new lighting solution that is part chandelier and part living organism. Titled Exhale, the piece is comprised of 70 glass petals of varying shape that contain a solution of green algae sustained by daylight, LEDs, and a drip-feed of nutrients. The lighting design won the 2017 Emerging Talent Medal at the London Design Festival and was on display at the Victoria and Albert Museum. You can learn more over on Inhabitat. Ever since exploring slides of arranged diatoms earlier this year from the California Academy of Sciences, I was left with one small question: how? Diatoms are tiny single-cell algae encased in jewel-like shells that are among the smallest organisms on Earth of which there are an estimated 100,000 extant species. How does one go about finding, capturing, cleaning, organizing, and arranging these artistic displays that are so small they are measured in microns?

One such person who asked these questions was Klaus Kemp who became fascinated by some of the earliest diatom arrangements dating back to the Victorian era. Kemp has since dedicated his life to the study and perfection of modern day diatom arrangements, and his works are among the most complex being made today. Filmmaker Matthew Killip recently sat down with Kemp and learned more about his process in this short film called the Diatomist. 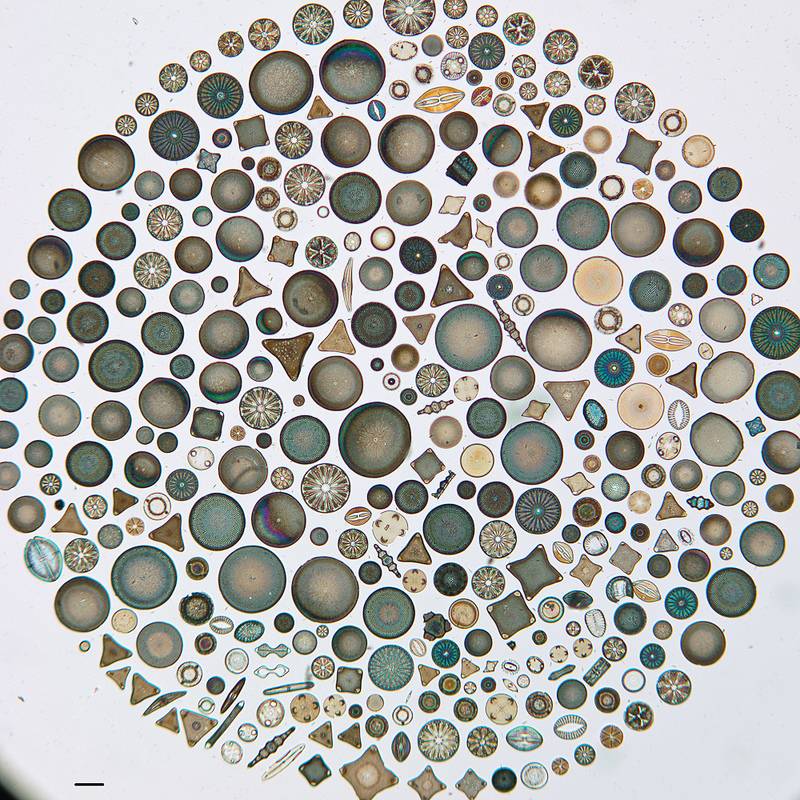