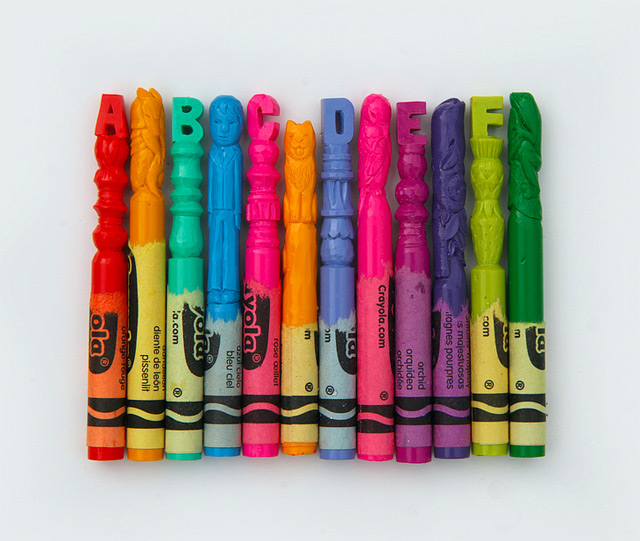 Two exquisite laser-cut paper pieces by Brazilian born, Portland-based Nando Costa. The first is a laser-cut calendar that he designed in collaboration with his wife, Linn Olofsdotter that’s made from 140lb paper and takes nearly an hour to cut. The second is an alphabet poster that measures roughly 12″ square and features images of vegetation, insects, the sky and forests. Simply impeccable work and reasonably priced. Lots more fun stuff in his Etsy shop.

Alphabet 2 is a top-notch animated alphabet from Italian creative firm n9ve directed by Alessandro Novelli. I love everything about this.

Russian digital artist Ruslan Khasanov (previously here and here), has continued his liquid type experiments by producing this wicked series of animated gifs called Liquid Type in Motion, showing what happens when he produces these beautifully organic letterforms. Almost looks like something that belongs in the opening credits for Se7ven. See more from the series here.

Update: Via Facebook I just learned about a similar project by design student Bryan Ku who made this poster for the Festival of Books. (thnx, edsel!)

A project inspired by the phrase “Turn off your TV” mentioned in a lecture by adventurer Alastair Humphreys. To illustrate this idea I built a shelving unit to house 15 small televisions; creating a dot-matrix grid where individual TV’s could be turned on or off, to produce different letterforms and numbers.

Gotta love that “T”. (via quipsologies)