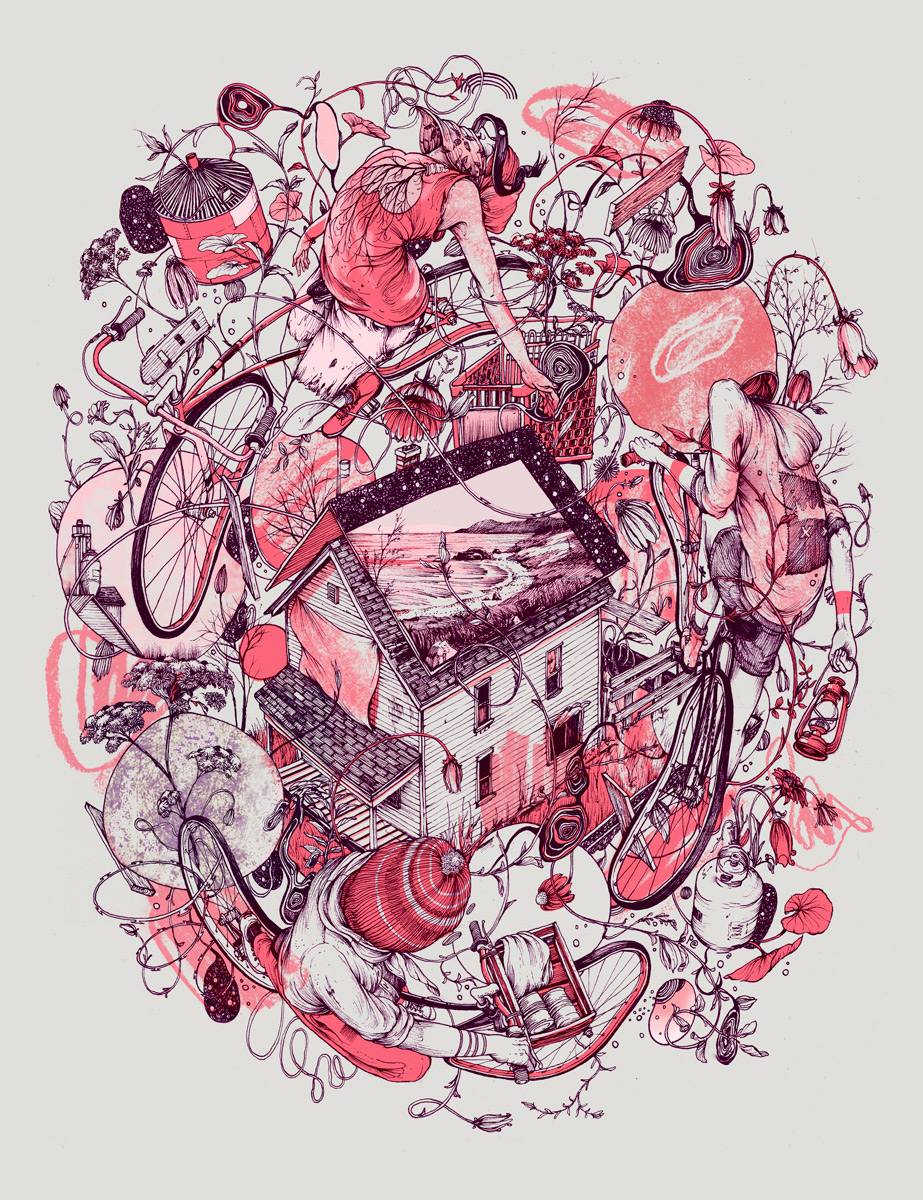 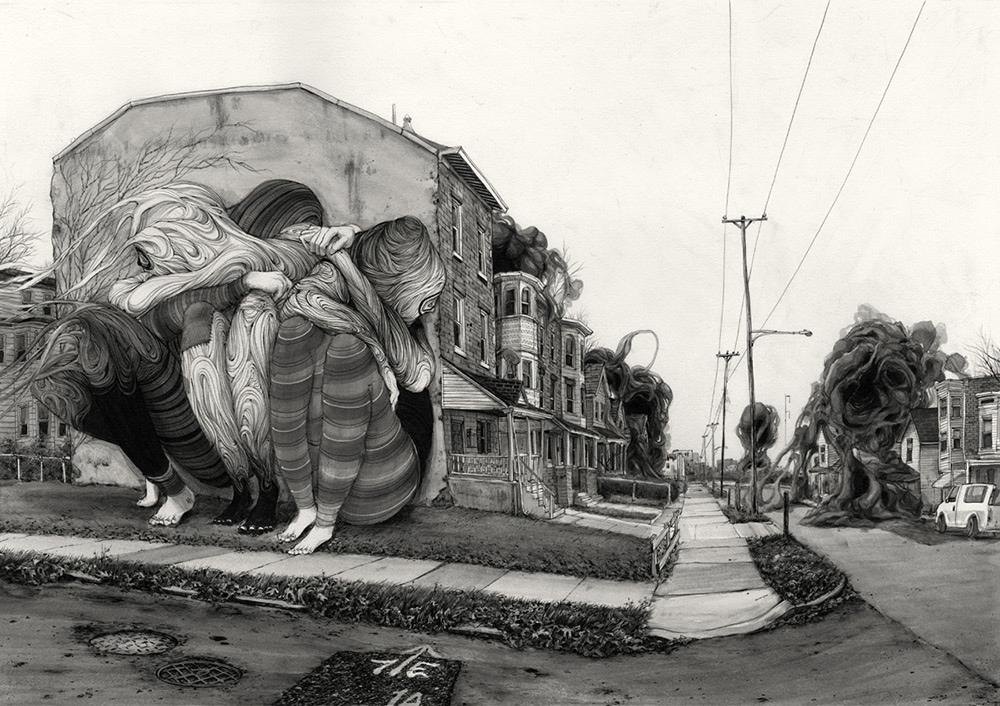 Michigan-based artist Pat Perry (previously) spent most of 2014 living a transient life spread across the U.S. His travels took him backpacking, train hopping, and motorcycling with stops in New England, Arkansas, and Texas, all the while dutifully recording his thoughts and observations in his sketchbook. The presence of rural America is a near constant presence in Perry’s work, as well as the frustrations and occasional warnings of humanity colliding with the natural world.

Perry has a number of prints available in his shop and you can also follow his ongoing adventures on Instagram.

Utilizing thousands of needles and fine thread New York artist Jeremy Dean has created these mixed media prints of the American flag that are on display starting today at PULSE New York through the end of the week. See more at Creative Thriftshop.

And while you’re here, why not catch a video of the Hummer he converted into a horse-drawn buggy:

Obesity in America by Ricky Linn

Design student Ricky Linn illustrated this faux Time Magazine cover for a class assignment. I agree with his self-assessment, it’s pretty genius. Time needs to get to work on the accompanying article stat.