Artist Diem Chau (previously) just posted these two wonderful sculptures of an elephant and raven carved from the tips of a carpenter pencils. Love the detail of the elephant’s shadow. You can see many more of Chau’s pencil and crayon carvings on her blog and on Flickr. (via super punch) 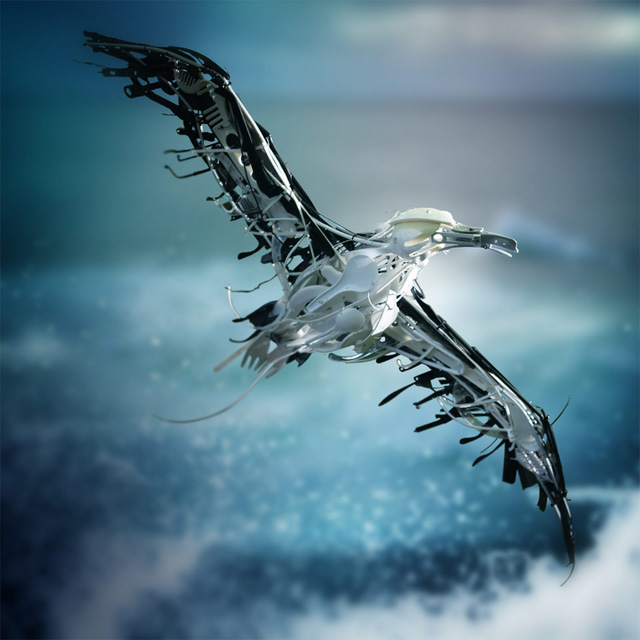 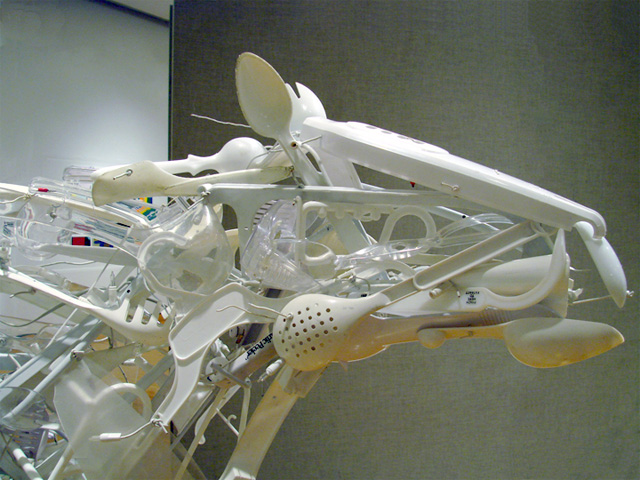 Artist Sayaka Ganz was born in Yokohama, Japan and grew up living in Japan, Hong Kong and Brazil, and now lives and works in Fort Wayne, Indiana. Ganz was deeply impacted as a child by Japanese Shinto beliefs that all objects and organisms have spirits, and was also taught that objects discarded before the end of their usefulness “weep at night inside the trash bin” (this is so wonderful I’m going to start teaching this to my son immediately). As her artistic side developed, she infused her artwork with these beliefs, using discarded and reclaimed household objects as a medium for her sculptures. Ganz says:

I only select objects that have been used and discarded. My goal is for each object to transcend its origin by being integrated into an animal/ organic forms that are alive and in motion. This process of reclamation and regeneration is liberating to me as an artist.

Building these sculptures helps me understand the situations that surround me. It reminds me that even if there is a conflict right now, there is also a solution in which all the pieces can coexist peacefully. Though there are wide gaps in some areas and small holes in others, when seen from the distance there is great beauty and harmony in our community. Through my sculptures I transmit a message of hope.

What you see here is only a small fraction of her work, you can see much more in her Motion, Displays, and Scrap Metal galleries. You can also see more work on Facebook. (via cosas cool) 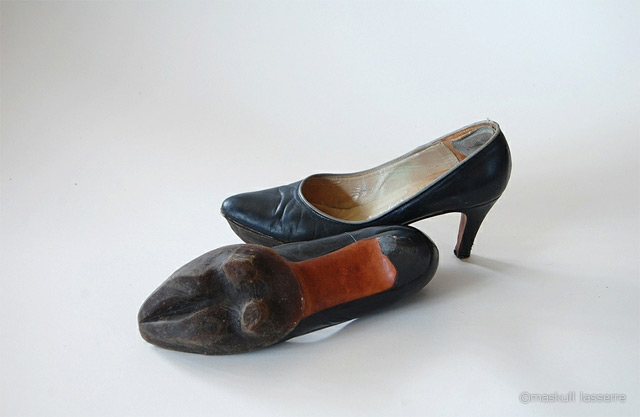 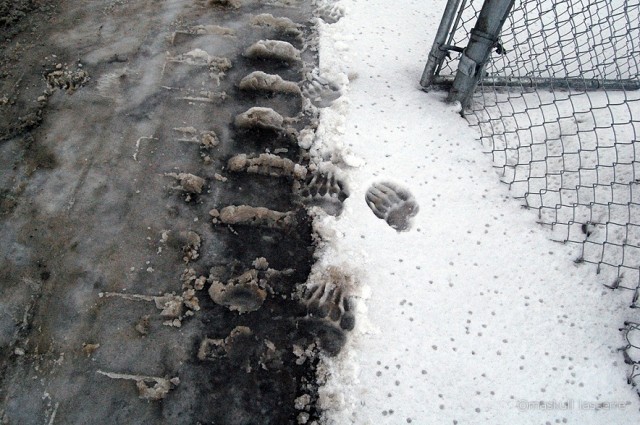 Outliers is an ongoing project by artist Maskull Lasserre (previously here and here) where shoes are outfitted with specially carved rubber soles meant to mimic the footprints of moose, Kodiak bears, deer, rabbits and other animals. The shoes are then worn in the snow leaving the impression to unsuspecting passersby that wildlife has wandered into urban areas including Montreal, Ottawa, Boston, and New York. See much more on his website. (via laughing squid) When I first spotted the work of Diana Beltran Herrera (previously) last year she had published less than half a dozen or so images of her crisp, colorful paper birds. Her work with paper-craft animals has branched out considerably since as she cranks out new sculptures almost daily which you can explore in her bird and animal galleries. There’s nothing like the awe of a child encountering a new life form, but in this fantastic shot by Christopher Wright of CMGW Photography it looks like the feeling radiating from this enormous old manatee might be mutual. (via stellar)