Developers of an apartment building in Nîmes, France, had to halt construction last month when archaeologists discovered an opulent tiled floor that once blanketed a Roman villa, or domu. Dating back to 1-2 A.D., the checkered design is comprised of marble from multiple empirical provinces that’s inlaid into the foundation, a style called opus sectile that was prevalent during ancient times. Spanning multiple feet, the multi-colored pattern is thought to occupy what once was a reception area.

During their dig, archaeologists also uncovered plaster sheets that had caved in on the impeccably preserved tiles featuring classic frescoes on red and black panels. Lines score the back of the decorative pieces, which would have helped them adhere to the earthen walls. Other findings indicate that this domu, along with another nearby, were particularly lavish and featured a private bath, a concrete floor speckled with decorative gemstones, and a large central fountain made from Carrara white marble. One room even had remains of hypocaust heating, an inventive system that sent hot air underneath the flooring to warm the home. (via The History Blog) 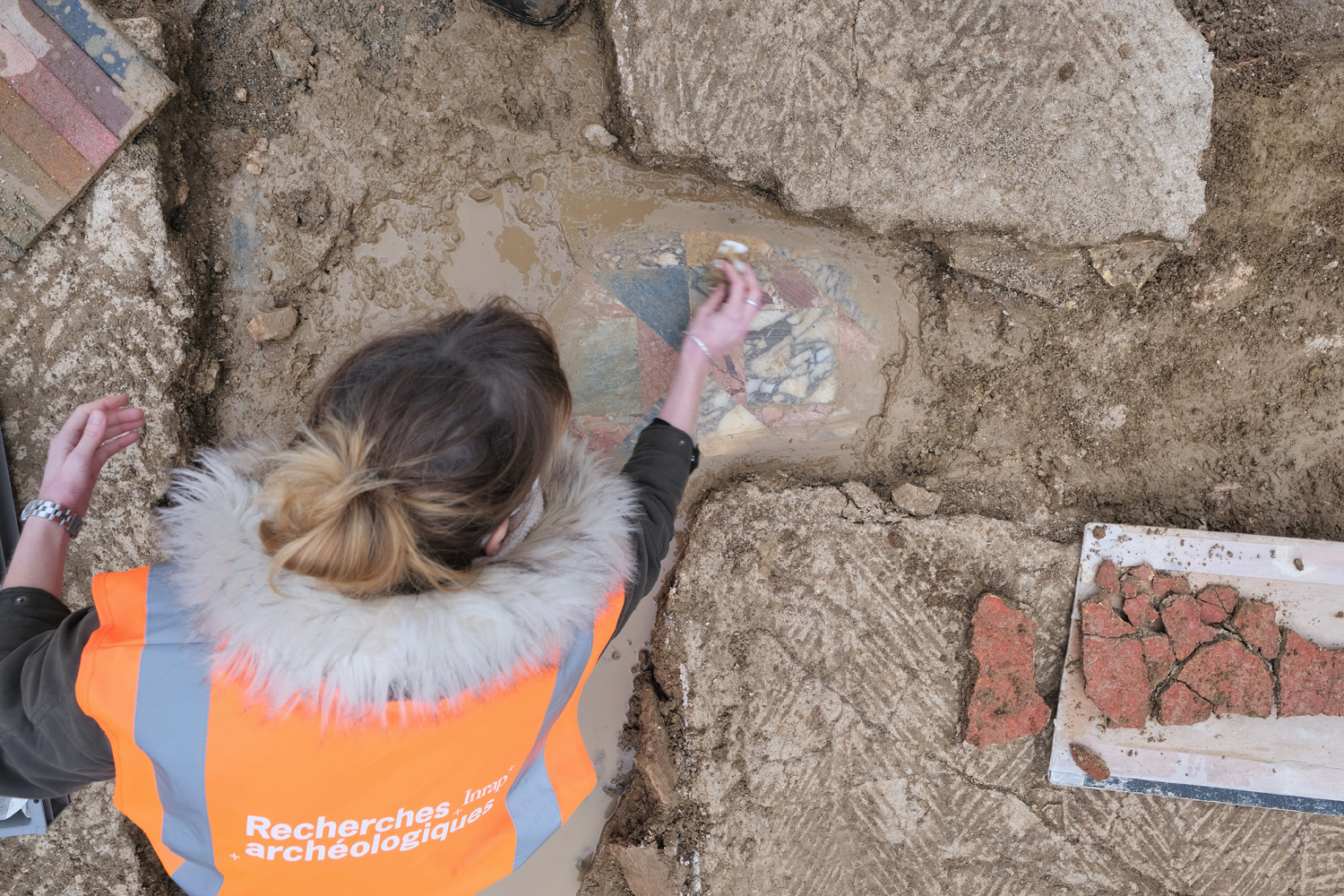 Two rooms of the domu, with evidence of the heating system on the left. Image © Charlotte Gleize, Inrap Embedded in the architecture of a new Lidl store in Dublin is a glass floor that allows shoppers to peer down into medieval history. During the supermarket’s construction, archaeologists discovered a 1,000-year-old home of Hiberno-Norse Dubliners, who were ancestors to the Vikings, in addition to a 13th-century wine jug and the below-stage trap of the former Aungier Street Theatre. Rather than excavate the items and build on top of the site, covering the ruins, the store installed glass flooring that provides shoppers with a literal window into local history. (via Twisted Sifter) 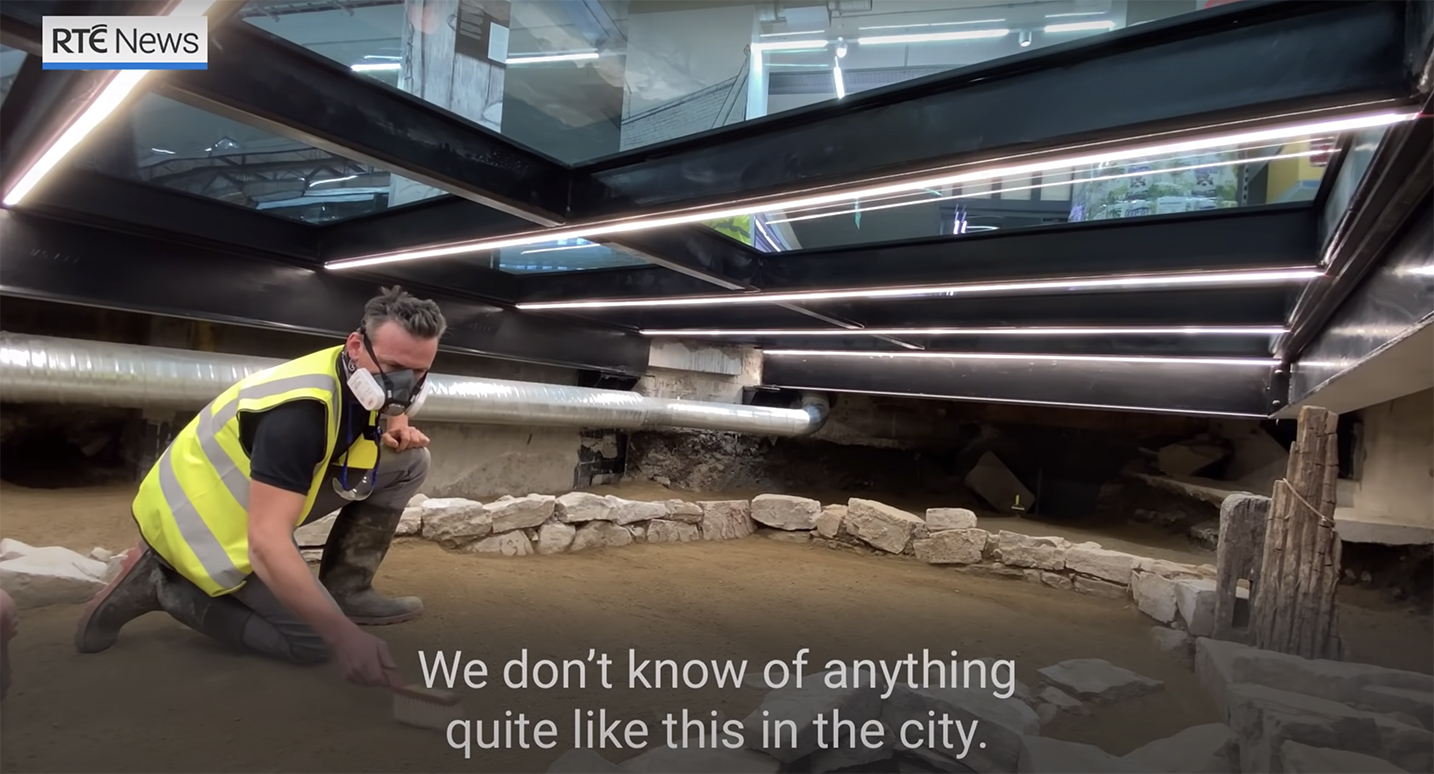