Sure, you can spend your time during quarantine reading a dozen books or scrubbing your cabinets, but what about learning to beatbox from a world champion? Vocal percussionist Butterscotch recently released a 13-step tutorial that guides novices through various beatboxing techniques, from the basic baseline and snare—or what she calls Boots and Cats—all the way to singing and live looping. And for those who have a hard time keeping a beat, the musician even outlines a breathing technique that makes it easier to stay steady. Check out Butterscotch’s Instagram to keep up with her impressive musical projects. (via Kottke) In the course of raising a child there comes a series of strange moments in when you discover your child is obtaining skills and perfecting their abilities that surpass what you yourself are capable of. It’s a humbling and awesome thing to witness. Such is the case with this friendly battle between St. Louis-based beatboxer Nicole Paris and her dad. He’s definitely a talented beatboxer and taught his daughter well, but it becomes extremely clear she’s taken things to a ridiculously different level. The video is a follow-up to a battle the duo posted online last year. Amazing. I’ve already watched this three times this morning. (via Leonard Beaty, Ambrosia for Heads, thnx Jess!) 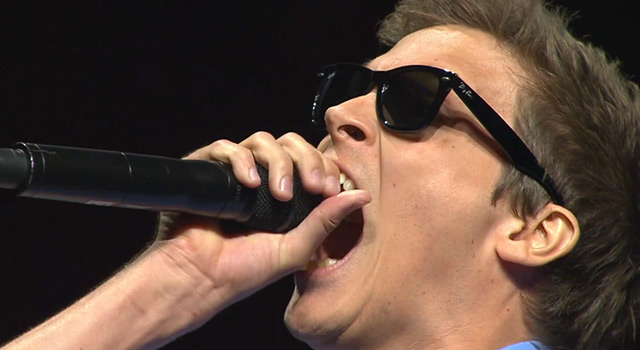