Paris-based director and animator Charlotte Arene has created an uncanny stop-motion film centered on sleep that wavers between a nightmare and a peaceful slumber. Released in December 2019, “La mer à boire,” or “Unrealizable,” is shot in a typical bedroom, although the sheets, closet doors, and slippers move similarly to an energetic coastline. The animated work is set to sounds of waves and birds calling to each other, and it features a young woman who glides up and down her bed, seemingly retreating back into the water, and under the blankets, with the ripples. Canonical sea literature, like Jules Verne’s Voyages Extraordinaires and Herman Melville’s Moby Dick, occupies the bookshelf that resembles lapping waves, as well. Find more of Arene’s short animated projects on Vimeo. We love the illustrations of Italian artist Virginia Mori (previously) who adds a subtle hint of dark humor to her quirky illustrations of young women and men. Recently the artist has been drawing scenes that revolve around the unconscious thoughts that spring to life while in bed. Each illustration presents an improbable or unique vision of a bedroom—from a bed composed of live grass, to another balanced on the tips of four trees. The illustrations seem to peek into her subjects’ dreams, projecting their hidden hopes or fears onto their surroundings as they slumber. You can see more of her work on her website, and keep updated with future exhibitions on Instagram and Facebook. 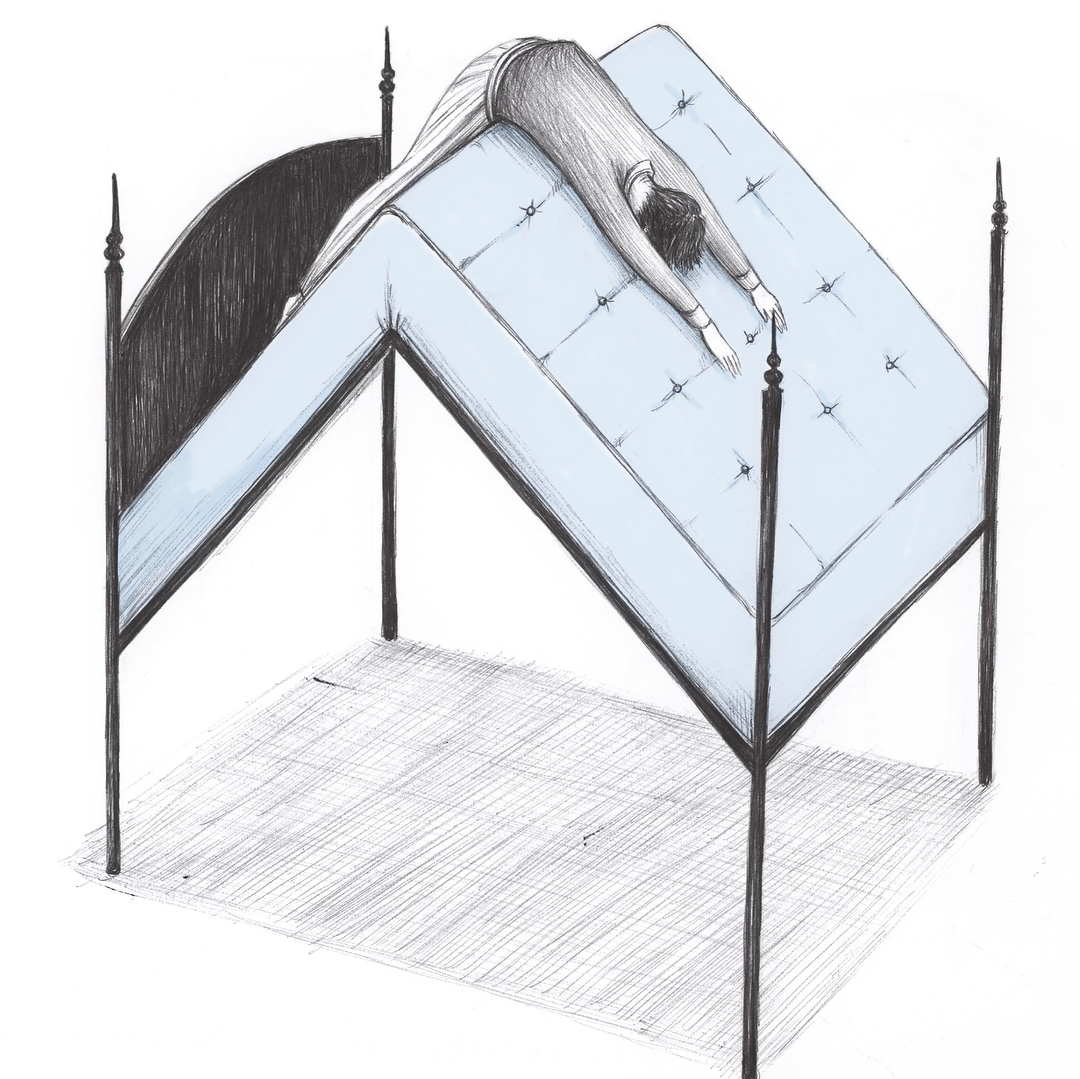